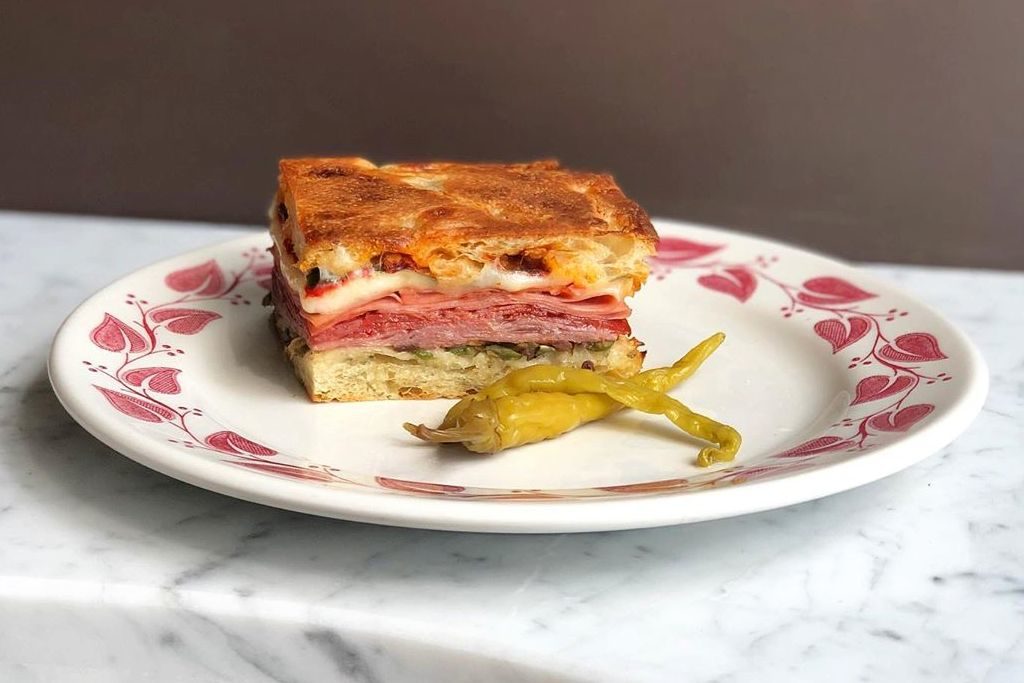 After a summer of Instagram teasers, the doors to Toronto restaurateur Jen Agg’s latest venture have swung open with a vengeance. Bar Vendetta (928 Dundas St. W.) opened last night in the former home of the Black Hoof, where Agg made her first major mark on the city’s culinary scene.

Agg announced the opening on Twitter, along with photos of the menu. From the looks of things, the new wine bar will feature a tidy menu of pasta and shareable plates, perfect to accompany the curated list of eclectic and personal wines that steal the spotlight at the new spot.

The menu is simple. It starts with a selection of small plates inspired by contemporary Italian dishes such as eggplant with pistachio and yogurt — which nods to the northern African influence of Italy’s southern region — or meatballs with tomato sauce and garlic bread. Then comes the list of elegant pasta that can only be described as hedonistic comfort food, such as the trecce with broccoli, mushrooms and taleggio (a pungent and savoury cow’s milk cheese).

Photos shared on Bar Vendetta’s Instagram hint at a pastiche of ’70s decor, from the tiling to the wallpaper. Agg has used a lot of orange, brown and white tones in her design, reminiscent of the days of corduroy sets and wood-panelled walls.

Agg is known for other effortlessly cool restaurants in Toronto, such as Grey Gardens, Le Swan and, of course, The Black Hoof, and Bar Vendetta is no exception. Serving up some rule-breaking, off-menu selections to their nightly clientele is just one of the ways Vendetta sets itself apart from some of the other spots in the neighbourhood.

Between 3 and 5 p.m., muffaletta sandwiches come out in hoards to tide over the afternoon crowd until the pasta becomes available and takes centre stage. The full menu, in all its glory, will be served until midnight. Then, just when it can’t get any better, fully loaded nachos are whipped up for the last-call crowd.

The artfully decorated new space is sure to draw a crowd, but don’t plan your weekend around it. The neighbourhood joint is only open Sunday through Thursday from 3 p.m. to last call. Don’t worry about making a reservation either, Bar Vendetta is first-come, first-served.