Joanna Griffiths on creating Knixwear and giving back to the community | TRNTO.com
Skip to content 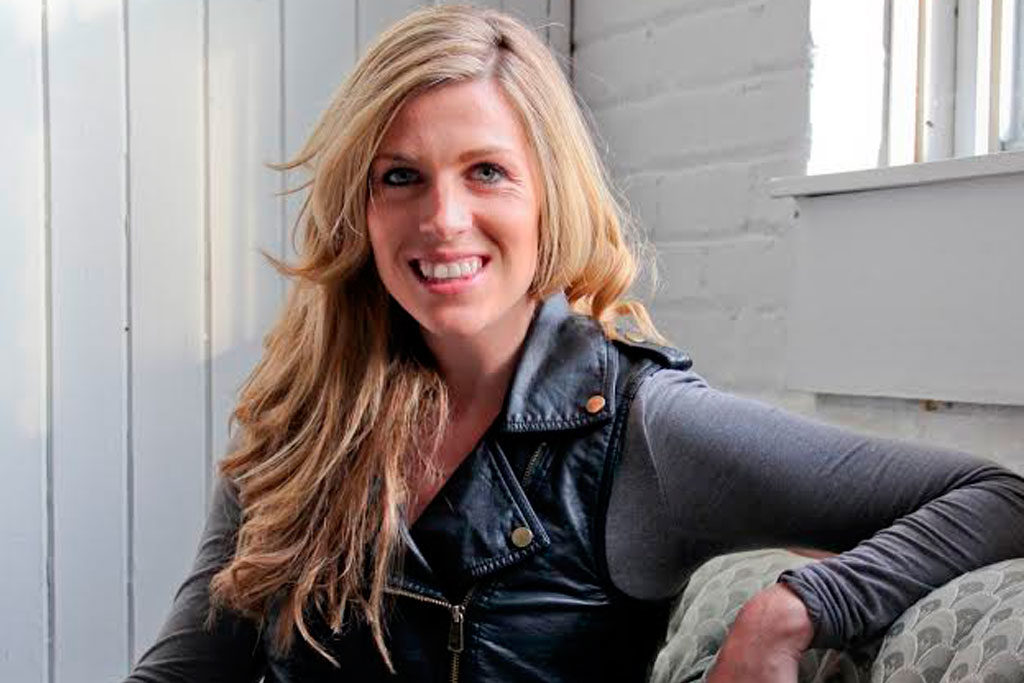 The founder and creator of Knixwear, Joanna Griffiths, has taken an unconventional approach to almost everything she’s done, from moving to Bolivia to building her underwear empire.

Griffiths learned early on that goal setting was something that came naturally to her. Going to high school at Havergal College, her love for music peaked when she discovered the Backstreet Boys and realized she was fascinated by the business of music. At 13, she set a goal for herself that she would get a job in the music industry, and right out of Queen’s University with a commerce degree, Griffiths got a job with Universal Music.

So Griffiths kept setting the bar higher and higher. When the recession hit, she left her job and took a placement in Bolivia with the Canadian International Development Agency. Griffiths arrived there without speaking a word of Spanish (despite her work being entirely in Spanish), so she took lessons five times a week and was “really good” by the time she left.

“That taught me that I actually do really well with a challenge. When I push myself outside of my comfort zone, that’s sort of where I learn and I thrive, which has been crucial to being an entrepreneur,” she says.

It took being told she was too young to even interview for a particular job at the CBC for Griffiths to realize that big, bureaucratic organizations weren’t for her — she didn’t want anyone to be able to stand in the way of her goals. So Griffiths returned to school for her MBA.

It was there that Griffiths developed the beginnings of Knixwear as part of her global business school project — a leakproof and absorbent underwear designed for backup period protection, new moms and the one in three women who experience leaks.

“By the time I was completing my MBA, I sort of faced a fork in the road. I was either going to go back to the media industry and take on a senior leadership role, or I was going to drop everything and try and start my own thing.”

Griffiths chose the riskier path and launched Knixwear in 2013.

“I identified two things when I was initially thinking about Knixwear — women wanted better products designed specifically for their bodies and not just for leaks, and also that women were really craving a brand that represented them for who they were,” she says.

Griffiths combined these two aspects in her product, creating clothing that’s not only functional, but comfortable and reflective of real women.

“I was really trying to understand how women interact and use our products.”

One major component of the company’s mission for Griffiths was to make women feel comfortable and confident.

The company also focuses on charitable work, such as their partnership with CAMH. Many female patients must hand over their underwire bras when they are admitted due to possible self harm, so Knixwear provides bras that are free from wires to these women.

Currently Griffiths is focused on adding to the Knixwear selection. She recently developed a line of T-shirts that block sweat from showing on clothes.