Joanne Kates on the most disappointing new restaurants of 2016 | TRNTO.com
Skip to content 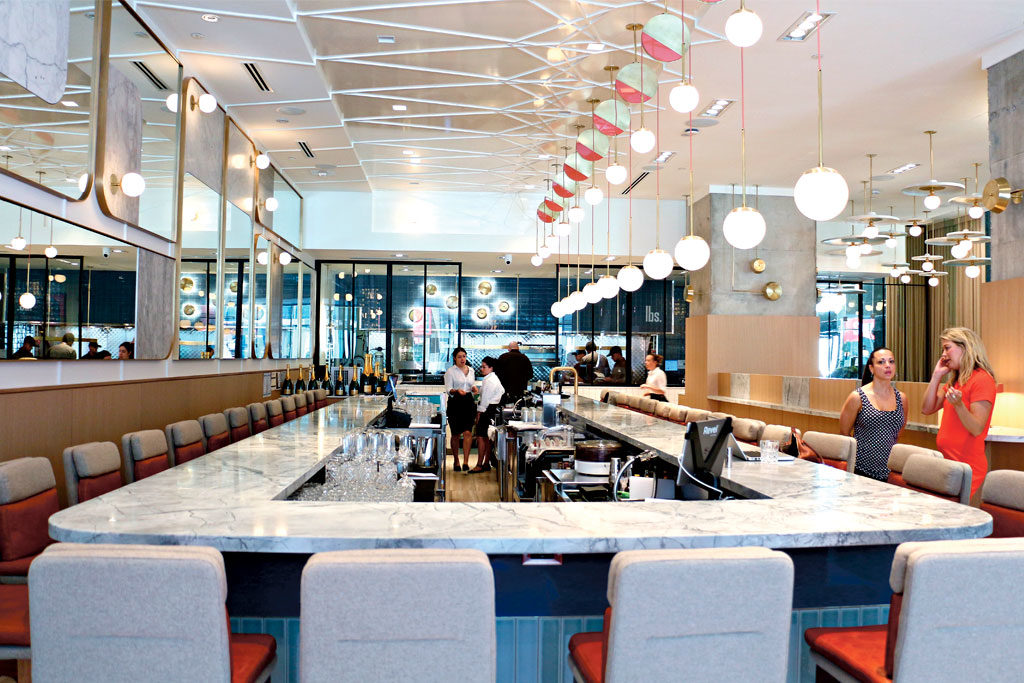 Crustacean frustration
2016’s great notion: cheap lobster! Who doesn’t want that? The idea of selling a lot of it prepared simply, and being able to make money on that formula, was great. The room is quite lovely, the servers blessed with pulchritude (and tight shirts…), the menu simple, straightforward and appropriate. But there’s many a slip ’twixt the cup and the lip. In this case, a salivary slip. Fridge-cold curds in poutine, MIA cheddar taste in mac and cheese, and where’s the lobster taste in lobster butter? And quick, somebody give me a magnifying glass to find the lobster in the lobster salad.
Lbs., 100 Yonge St., Unit 100

Izakaya letdown
So exciting when the esteemed Vancouver izakaya chain opened a non-franchise genuine son of Guu in Toronto. And such a bad surprise when the amaebi — sweet raw shrimp — had an ammoniac tang, as did the uni (sea urchin roe). And the okonomiyaki, (the savoury pancake that’s pretty much always crisp) was soggy and flavour-free. And who messes up noodles in this noodle-mad town? The yaki udon are slightly mushy noodles, their beef garnish gristly and the sauce bland. As for sashimi salad, it takes a bit of a search party to find the eensy pieces of raw fish under all the lettuce. Very forgettable.
Guu Izakaya, 1314 Queen St. W.

Weak technique
The new Chantecler has nothing to do with the Asian fusion lettucy thingies of yesteryear, but the room is unchanged — still a small and incredibly sweet bistro with thick wooden tables and friendly service. But the food: the intention is French bistro, but the execution is so inconsistent as to be unfortunate. Not enough broth in the French onion soup to be a soup. Tough pastry atop snails and under-seasoned cream sauce. Overcooked fish. French cooking is an extremely technical cuisine, even at the bistro level. Technique uptick required here. Stat.
Chantecler, 1320 Queen St. W.

Pulling up steaks
The towering white marble entrance at STK is positively Trumpian. Nobody offers to take our coats. Music is pounding. Our server leads with: “Hi, I’m Jade and I’ll be your server tonight. Are we celebrating anything? Are we dining here for the first time?” Having then recited most of the menu and pushed her “personal favourites,” the poor woman, clearly programmed, brings what she calls house-made sourdough bread. White, gummy, hardens when cool, no sourdough scent. Pepperidge Farm? Grilled octopus is taste challenged, its potatoes vinegary and mealy. Must we eat the un-spinachy un-creamy creamed spinach? The strangely dense Béarnaise sauce? The $70 steak that we ordered rare, but arrives so raw in the middle that its heart isn’t hot? Dinner for two +$200. They stack when they clear.
STK, 153 Yorkville Ave.

Missing in action
Finding Grant van Gameren on my list of disappointments is like saying Leonard Cohen wrote lousy songs. It’s so counterintuitive. But the risk a great chef always runs, when he opens branch-plants, is whether his lieutenants — the people who actually do the cooking — are up to his standards. It becomes more of a management challenge than a cooking challenge. The dazzling tastes and textures that made van Gameren’s name first at the Hoof and then at Bar Isabel and Raval are absent here. It’s an uber-cool bar with mostly meh food.
El Rey Mezcal Bar, 2A Kensington Ave.

Confusing concept
I was over the moon when Montgomery’s opened. It’s chef Guy Rawlings’ first restaurant of his own; his pedigree is 24 karat gold: he managed Bar Isabel and Raval, wowed before that at Brockton General and staged at N.Y.C.’s famed WD50. Maybe going out on his own made him think everything had to be conceptually new? ’Cause much of the food is a little weird. Cooked lettuce in broth has almost no flavour. Raw salmon with cuke is sufficiently unadorned as to be blah. Potatoes with brie is a big pile of spuds under pale beige glop. Lakefish with beurre blanc and dill is white on white on white. And bland. Sad.
Montgomery’s, 996 Queen St. W.