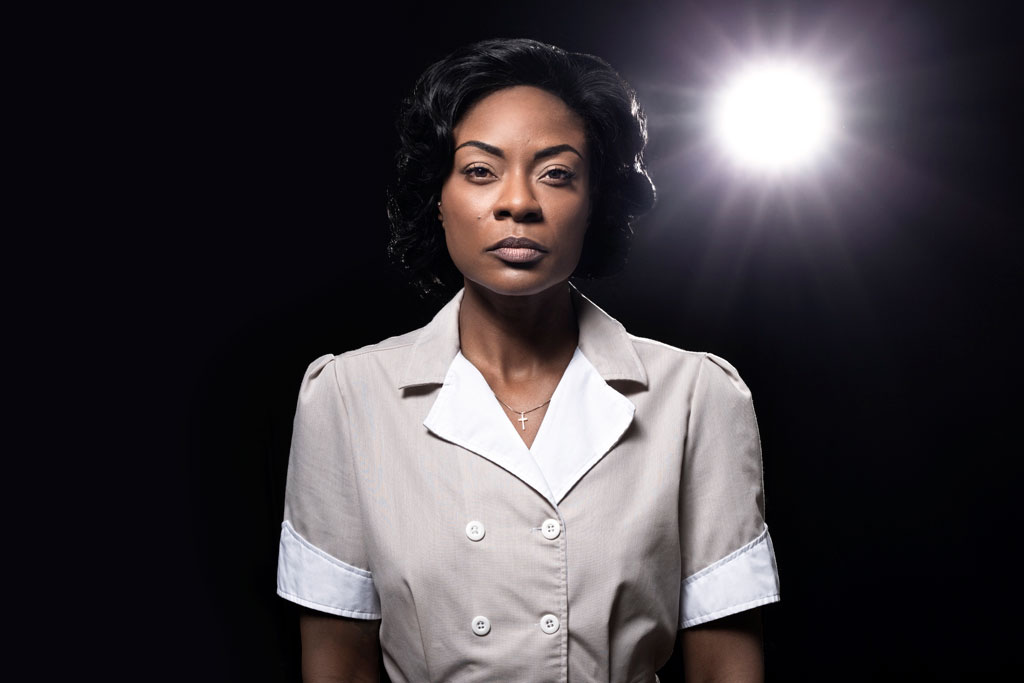 The Musical Stage Company production follows on the heels of Black’s work with the company back in 2018 when she worked on a theatrical concert featuring the music of Carole King.

“As a result of that work, I was seen. And they knew they’d be working on Caroline and asked if I’d be Caroline, and I instantly said no,” Black says. “But then I realized something that I actually kind of affirmed into my life.”

Black explains that she had recently confessed to a group of Sheridan College students that she’s always dreamed of going to university for music, but her inability to sight-read held her back.

“Rather than trusting my own experience and my own ear, I shut myself down,” she says. “But I told them, in the end, what you believe is what you become. There are many paths to the same destination, and two months later this happened.”

Black, a Juno-nominated musician often called Canada’s Queen of R & B, grew up in North York and released her debut album, This Is Me, in 2005.

Caroline, or Change tells the story of Caroline, a black maid working for a Jewish family in 1963 Louisiana.

It’s a story that resonates with today’s audiences and, on a deeper level, with Black, whose mother, who passed away recently, was a maid to a white family in Jamaica.

“When I started reading the script before I even got the score, I started to see ancestors from stories my mom told me about being a domestic worker herself in Jamaica, working for a white family that really loved her and really saw her as a person before a maid,” she says.

“This project has been so cathartic and healing and hard because I see myself, I see my daughter, I see so many people.”

Black says the work offers powerful messages for today’s audiences despite being set more than a half-century ago.

“We’re living in a time where so many people, no matter where you’re from, are still afraid of change and afraid to see their own true greatness,” she says.

Caroline, or Change runs until Feb. 15.