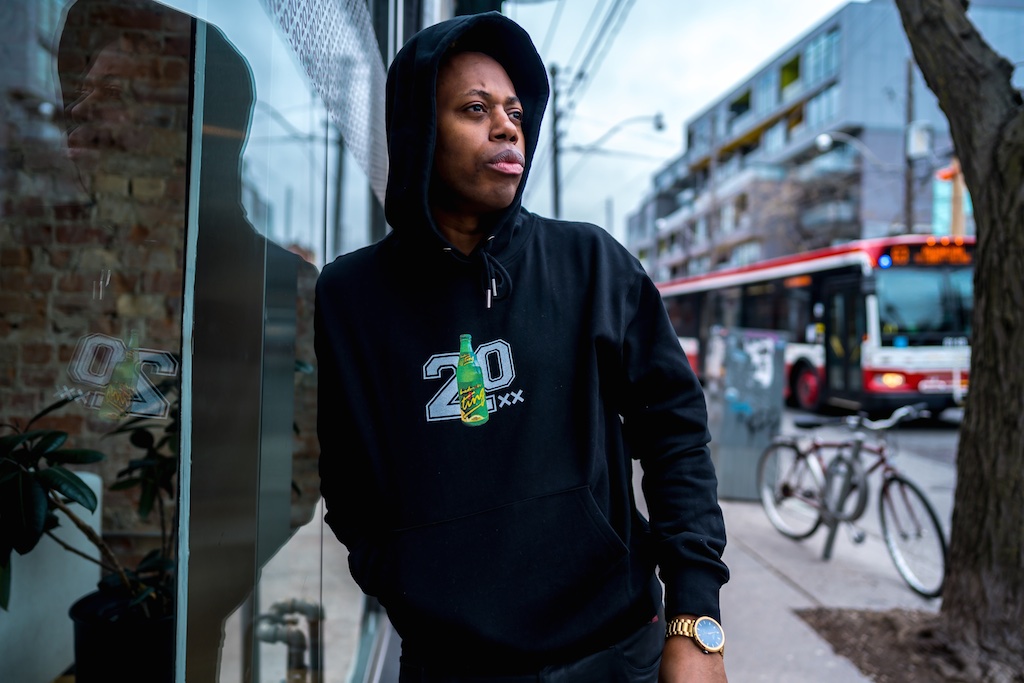 In honour of the 20th anniversary of his seminal album, 2001’s Quest for Fire: Firestarter, Vol. 1, Kardinal Offishall has decided to go down a new creative alley, by debuting a capsule collection so you can now wear the style of the album.

Meant to capture the energy of the album, the collection includes hoodies, T-shirts and track pants. Offishall has also chosen to use urbancoollab, an artificial intelligence-powered creative design platform that collaborates with humans to design and produce streetwear, to give the pieces a special touch.

The company’s “robo-designer” processed a set of fun visuals that “subvert a string of pop-culture references in a comical, tongue-in-cheek kind of way,” reads the press release. They decorate each piece, with Offishall himself modelling the collection for the lookbook. 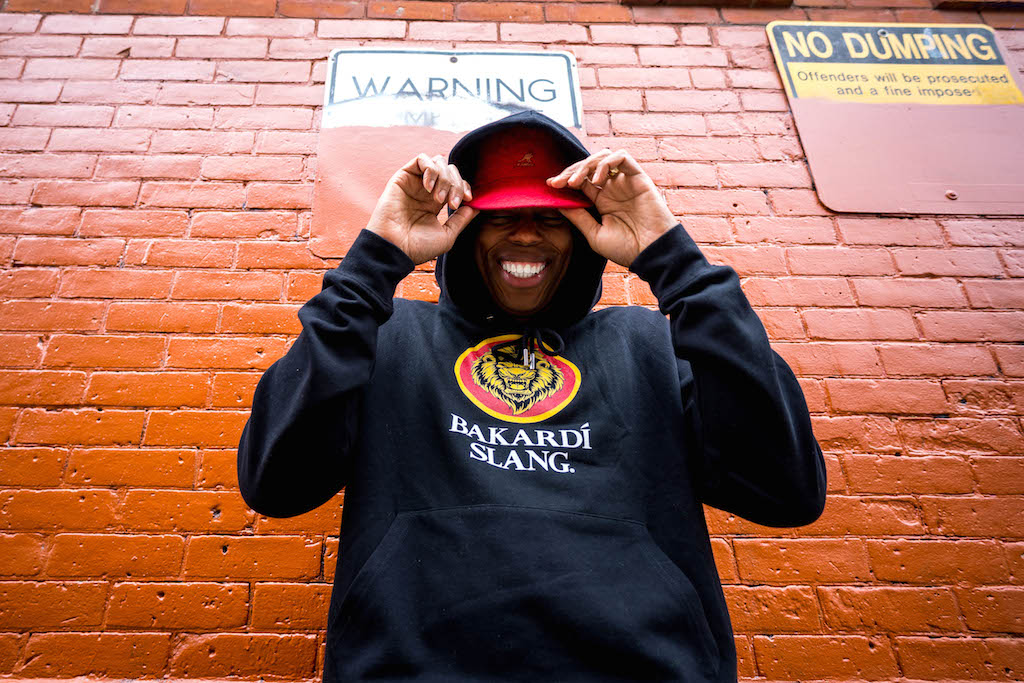 If you’re a Torontonian who loves music, then Quest for Fire: Firestarter, Vol. 1 was definitely a key part of your library, particularly with hits “BaKardi Slang” (the musician’s first single to appear on a Billboard chart) “Ol’ Time Killin’,” and “Money Jane.” The album lit Offishall’s path to stardom, with future collaborations alongside Pharrell, Busta Rhymes and Akon. It also made it onto the U.S. Billboard Top R&B/Hip-Hop Albums list, and was nominated for Best Rap Recording at the 2002 Juno Awards.

Its relevance is strong today, even, with the album also winning this year’s inaugural edition of CBC Music’s Canada Listens competition, a musical version of the CBC’s long-running Canada Reads. 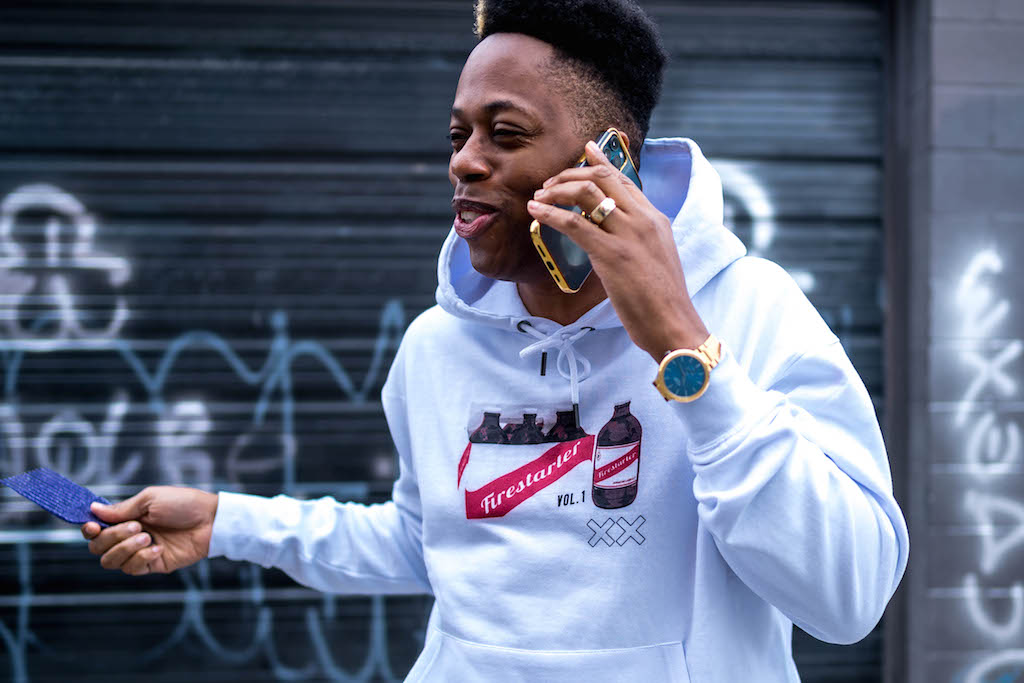 “It’s an honour to have an album that is so special to me win the first ever Canada Listens,” Offishall told the CBC. “This album was created during a time when Black artists from Canada had a difficult time being taken seriously internationally … never mind rap artists! To put it into perspective, my brother The Weeknd was 11 years old and Drake was 14 when the project first came out. It was one of the first opportunities we got to put our diversity, culture, language, swag and stories onto the world stage. This is our story and marks an incredibly pivotal time in Canadian rap music history.”

Today, the Toronto native is senior vice president, A&R (artists and repertoire) at Universal Music Canada, where he curates and fosters the next wave of local talent.

If you’d like to commemorate the album, the Kardinal Offishall x urbancoolab “Firestarter” collection is available for purchase now via urbancoolx.com.