How a Toronto student became an eco-warrior on the world stage | TRNTO.com
Skip to content 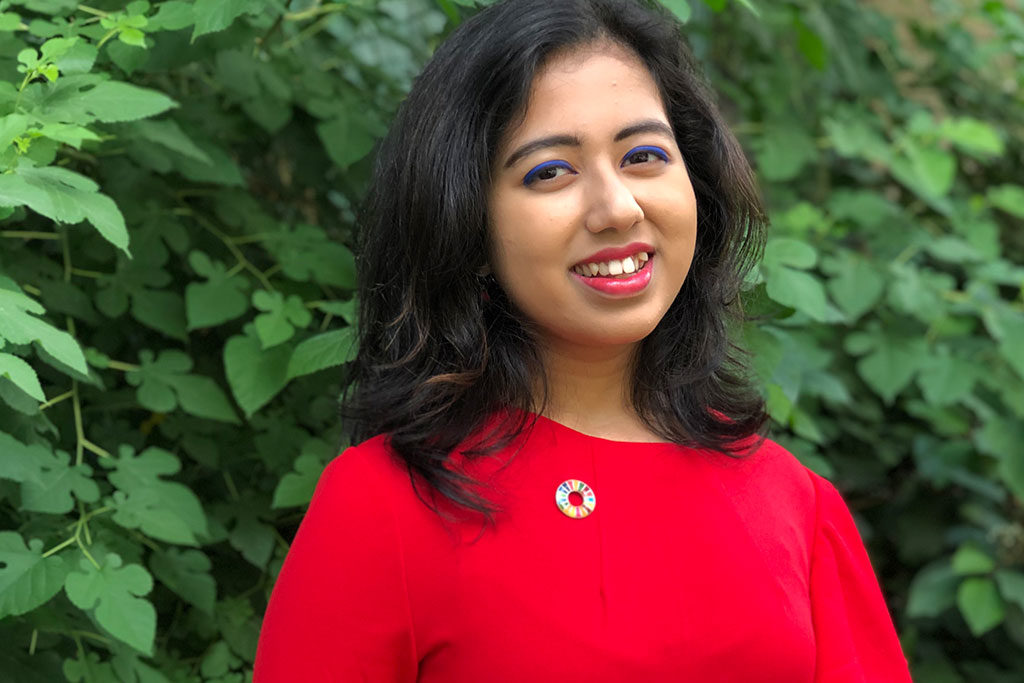 Kehkashan Basu is kind of a big deal. She is the youth ambassador for the World Future Council, has served on youth advisory councils for World Oceans Day and Earth Echo International, and is youth ambassador for environmental research for Futurum. Not to mention she’s the 2016 recipient of the International Children’s Peace Prize, also known as the children’s Nobel, for her environmental work impacting the rights of children.

Meanwhile, she’s a student. She graduated from North Toronto Collegiate Institute in 2018, and says her teachers and principal were extremely supportive of her busy travel schedule. She kept her grades up through it all, and was even part of the school choir. She is now in her second year at the University of Toronto, where her major is environmental studies.

“It all began when, as an eight-year-old, I saw a TV image of a bird with its belly full of plastic,” says Basu. “It shocked me to the core, and I decided to do something about it.”

So Basu and a few friends started a no-plastic campaign, and visited businesses and homes to explain how to avoid plastic, recycle and dispose of waste in a responsible manner.

The project was sent to the United Nations Environment Programme, which invited Basu to present at the 2011 International Children and Youth summit. She was 11 at the time.

This was only the beginning of Basu’s speaking engagements.

There were more than 50,000 delegates at the summit to decide on the global sustainability road map, and Basu was one of the youngest.

“I was deeply concerned by the fact that we, children, were not a part of the dialogue. My future was being decided by someone else,” she says.

So on her return, Basu founded the Green Hope Foundation on Aug. 13, 2012, to give young people a platform to engage in and contribute to the sustainable development process.

“I never dreamt that in a few years we would grow to a global social innovation enterprise, with currently 1,362 members working at a grassroots level in our 14 country chapters,” she says.

Green Hope has chapters in the Americas, Africa, Middle East, the Indian sub-continent and most recently Kenya and Indonesia.

The foundation empowers young people, especially those who are marginalized, by reaching out to them through what they call environment academies, using music, art, dance, drama and sport to teach them about sustainable development. The workshops empower youth to take action to protect their local environment.

“We have directly impacted more than 25,000 young people — Rohingya refugees, Syrian refugees, children of prisoners in Kenya and Nepal, HIV-positive children, orphans and the homeless in India, Bangladesh, Suriname and Indonesia,” says Basu.

Basu also spoke at several events of the 74th session of the UN General Assembly in New York City and the week-long Climate Action Summit in September.

“I believe that every child has the potential to be a change maker. All they need is an opportunity,” says Basu.