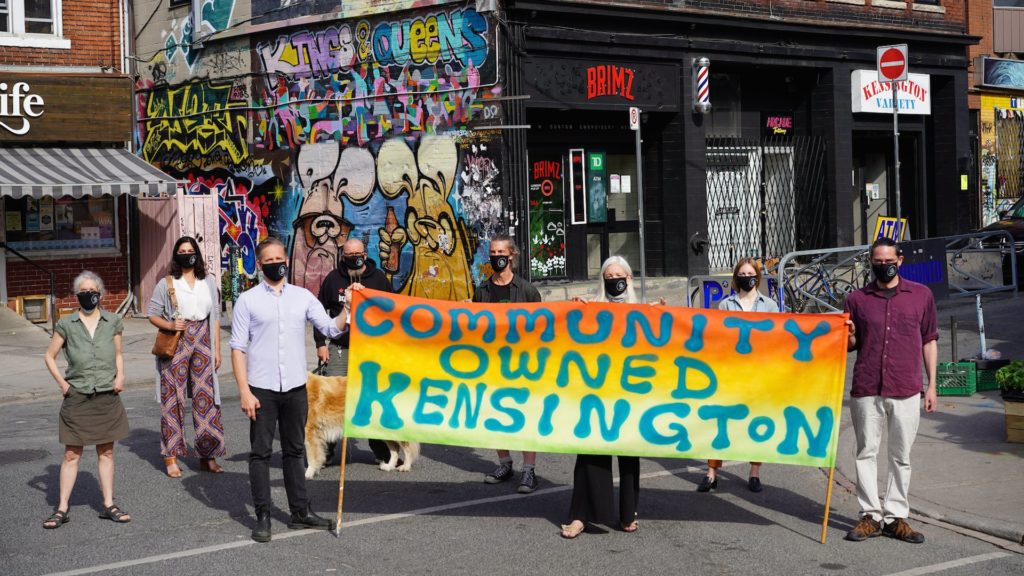 A community land trust has purchased a building in Kensington Market with the help of the city to ensure affordable housing continues in the area.

The money is a 99-year loan that stipulates that the land trust must ensure affordability at the site or else the money must be paid back right away, according to KMCLT co-chair Dominique Russell.

The three-storey building currently hosts 12 residential units and five commercial spaces, which include an ATM machine, a hat shop and a tattoo parlour.

It is the first purchase for the land trust, which was formed in 2017 as a way to fight increasing gentrification in the market, Russell said.

“Our mandate is to help preserve and protect the form and people of Kensington Market,” she said. “Our main focus is on the affordability of residential [homes].”

“What [higher prices] means to the fabric of neighbourhoods is a real loss,” she said. “We’ve inherited this wonderful market community and we would like to pass that on.”

Every resident of Kensington Market is a de facto member of the land trust and has a say in decisions at an annual general meeting.

A similar land trust was established in Parkdale, which has purchased one property in 2019 with help from the city and one in April with funds from an investment bank.

While the city has been in discussion with KMCLT for a couple of years, local councillor Mike Layton said the opportunity to buy 54-56 Kensington came about rather quickly and the city had to act quick to secure funding for the project.

He said the funding is through section 37 of the province’s Planning Act, which allows the city to permit developers to build beyond zoning limits in exchange for money to be used on projects that benefit communities, such as streetscape improvements or community centres.

Layton said land trusts help the community get involved in affordable housing, and since they are not-for-profit, they allow any equity accumulated to be returned to the community.

He also said city staff ensured that the Kensington purchase was “good value for money” before agreeing to funding.