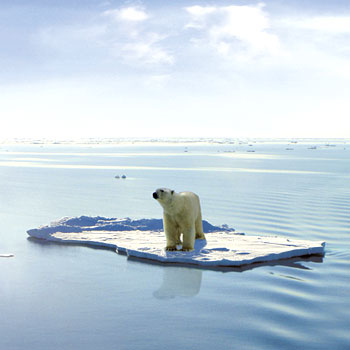 On Nov. 16, Canadian senators killed Bill C-311, the Climate Change Accountability Act, with a surprise vote. The way the vote was carried out is an insult to Canadians and democracy.

It’s also further evidence that Canada went to the UN Climate Change negotiations in Cancun, Mexico, with nothing to offer but empty words and an unwillingness to tackle what scientists say is the most serious crisis facing Canada and the world.

Even though the bill had been delivered to the Senate 193 days before, after being passed by the House of Commons, the vote was called without notice, when at least 15 Liberal senators and several independent senators were absent.

This law, which would have put our country on track to be an environmental leader, was killed by only 11 votes (43 to 32).

Prime Minister Stephen Harper promised he would never allow the unelected Senate to go against the will of the majority of members of Parliament and the Canadian public. But with this vote in a Senate stacked by the prime minister, he has done exactly that.

The Act would have committed Canada to an 80 per cent reduction in greenhouse gas emissions by 2050 and a 25 per cent reduction by 2020. Many international scientists agree that these reductions are the least required to prevent dangerous climate change.

But in a near-unprecedented move that flies in the face of democratic traditions and government accountability, Conservative senators killed this modest piece of legislation. At nearly 75 years old, I am sickened to see people my age making such a reckless decision that will affect the lives of today’s young people and generations to come when many of the senators won’t even be around to face the consequences.

When his government was first elected in 2006, Prime Minister Harper told Canadians that “Restoring accountability will be one of the major priorities of our new government. Accountability is what ordinary Canadians, working Canadians, those people who pay their bills, pay their taxes, expect from their political leaders.”

It appears that was just empty rhetoric — especially when it comes to climate change. Our government has dismissed its obligation under the Kyoto Protocol, an international climate change agreement that Canada and 186 countries ratified.

The government claims the cost of reducing emissions will be economically devastating yet continues to heavily subsidize and support the polluting fossil fuel industry, especially in the environmentally destructive tar sands. Canada has even earned itself the shameful reputation for obstructing progress at international negotiations on climate change.

Canadians have seen far more leadership from municipal and provincial governments than from the federal government on environmental issues related to climate change.

As Canadians,we expect more of our leaders. At the very least, we expect them to remember that we still live in a democracy and that its rules must be respected.