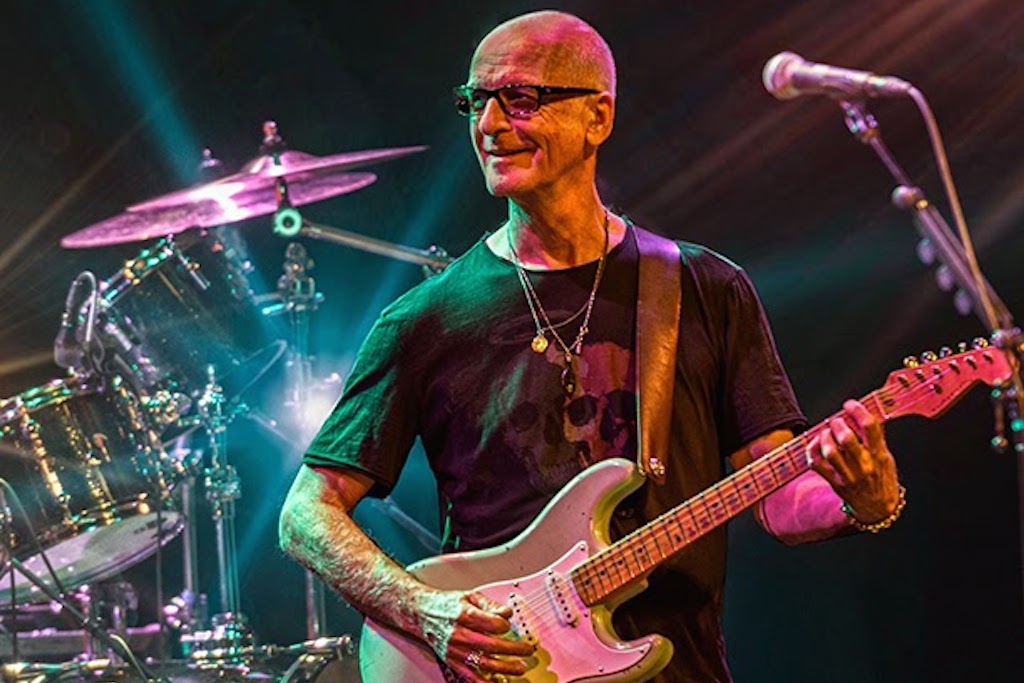 It’s summer in Canada, so chances are somewhere someone is listening to a song by Canadian rock icon Kim Mitchell. It might be “Patio Lanterns,” or maybe “Go for Soda,” or “I am a Wild Party”? Indeed, the Toronto musician has penned some of our all-time great tunes and he is back with his first new album in 13 years.

The Big Fantasize will be the first release on Michael Wekerle’s El Mocambo Records. So, we have a pretty good idea of where the album release show is going to be if we ever get to a point where we can see live music in clubs again. And it can’t come soon enough.

“Yeah you know I had other opportunities, other labels, and other ways I could probably just do it myself,” Mitchell says. “But I just like what he had to say. He has a passion, he’s a fan and I thought you know what, why not put this on someone else’s plate.”

Mitchell grew up in Sarnia, Ontario and played his first gig as a 12-year-old in elementary school. He headed to Toronto and formed Max Webster with his hometown friend Pye Dubois. He launched his solo career in 1984 with the album Akimbo Alogo, which featured the classic “Go for Soda.” The song remains the only one of Mitchell’s career to become a hit in the United States.

The new album, according to Mitchell, is something we haven’t seen before. It’s introspective and mellow.

When he was working on the new material, he eventually sent it around to his long-time producer and former bandmate Greg Wells, who he has been working with since he was a long-haired 17-year-old.

“I wasn’t expecting anything,” Mitchell says. “And then he messaged me a few weeks later and was like please come to Los Angeles. Let’s record this stuff. He said this is a side of you that I think needs to be exposed more.”

The new style can be seen on the first single from the album “Wishes,” a charming strummer that Mitchell says was inspired by a poem he read many years ago.

“The poem had a really nice message to me, and it kind of is fitting today,” he says. “ You may wish for this and another person may wish for that. You know, we’re all wishing for different things. And this is kind of what I would wish, kind of inclusive and accepting of everyone.”

Although the new Mitchell is mellower and more introspective, he isn’t ruling out the rock just yet.

The Big Fantasize is Mitchell’s 13th studio album, including five as the leader of Max Webster, and his first since 2007’s Ain’t Life Amazing.