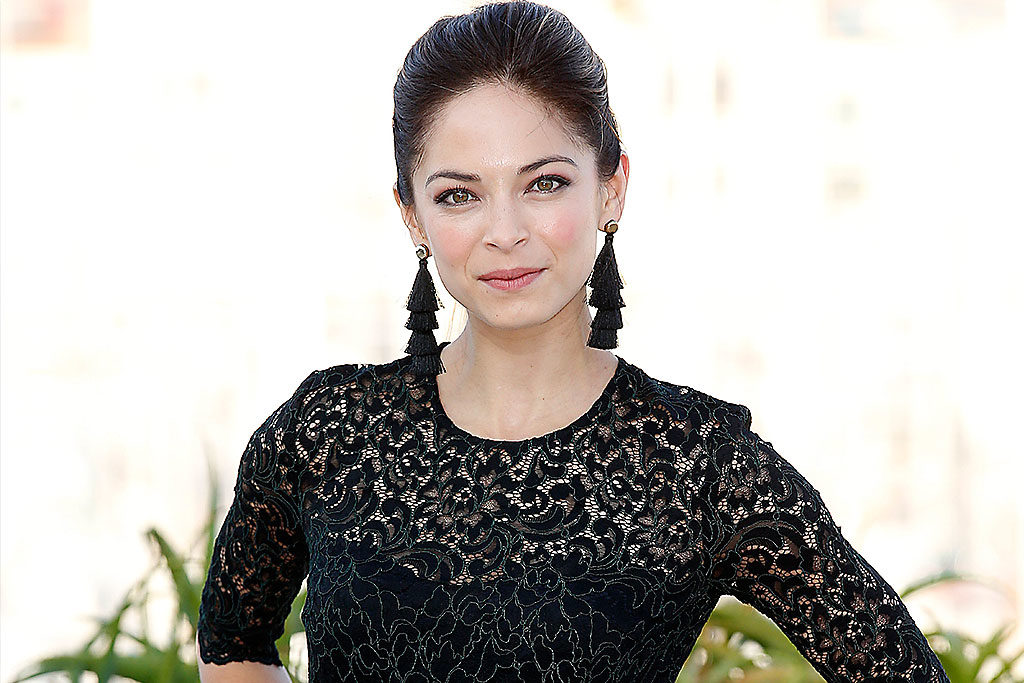 Best known for her roles as Lana Lang in Smallville and Catherine Chandler in the CW’s TV adaptation of Beauty and the Beast, actor Kristin Kreuk is looking to step into a more dramatic role with the premiere of CBC-TV’s new series Burden of Truth.

It’s another step forward for Kreuk, a native of Vancouver, B.C. now living in the obviously superior city of Toronto, who has been in the business since her teenage years.

She says she was first drawn to acting because it gave her the freedom to think and feel in ways that were different from real-life experiences while studying the complexities of human nature.

“I really was drawn to psychology and understanding how people work, and that, tied to the fact that acting was the safest place for me to emote, it was the place where I could explore my emotions in a way that I didn’t feel safe doing in other places, so that’s why I loved it,” she says.

The actor first broke into the scene with her role in ABC’s TV movie Snow White and later landed roles in Smallville and four seasons of Beauty and the Beast, as well as a longtime Neutrogena beauty contract.

“Professionally, I kind of came across an opportunity, and it took me down a path that I wouldn’t necessarily have gone down, but it satiated those kind of ‘learning about people’ desires,” she says.

In addition to acting, Kreuk also executive produces: most recently she worked as an executive producer on Burden of Truth — a new drama about a big-time lawyer who heads back to her hometown to investigate a case involving a mysterious illness affecting a group of teenage girls.

Kreuk plays the lead role of Joanna Hanley, a strong and confident lawyer who has seen major success at her firm.

The show is an Erin Brockovich–style legal drama with an independent and empowered female lead.

The actor and producer says she’s a big fan of her character, and she’s proud to have played her in the show’s first season — in addition to all the other roles she’s played so far in her career.

“I feel lucky that I’ve played a lot of strong women,” she says.

“I really like that Joanna kind of doesn’t care what people think of her. She has her own standard for who she is, and she’s flexible, she’s not rigid within that. I think she learns and she’s willing to grow. It’s great to be able to represent a female character who is complicated but also strong and capable and kind of career focused.”

The show deals with heavy themes on both a personal and professional level.

As Kreuk’s character investigates the girls’ illnesses, she also delves deeper into her own past and comes face to face with unresolved issues, dark family secrets and the feeling that something isn’t quite right in her life.

The actor says the show explores issues that are alive and well in today’s political climate.

“For me, one of the most important themes that we look at is abuses of power and how that affects individuals and communities and how that effect is lasting,” Kreuk says of the themes present in Burden of Truth.

“And we look at that in a variety of ways, both on a corporate level but also on a personal level and in families.”

The first season of the show was filmed north of Winnipeg over four months during the summer. Kreuk’s co-star Peter Mooney says the cast jived together well and the filming process went smoothly despite a few first-season bumps in the road.

“It was great. It’s the first season, so there are long days, changes coming at you rapidly, and you’re having to adapt to a lot of things,” Mooney says.

“I felt really lucky to have the cast that we had. Everyone was amazing. And if you’re going to go to Winnipeg for four months, go in the summer time. It was the perfect four months.”

Now that filming for Burden of Truth has wrapped, Kreuk is back living in Toronto.

She says arriving back home to the city felt welcoming, despite the fact that it was a bit of a culture shock.

“It’s a great city, it was really lovely to come back after being in Winnipeg for four months, just to come back to the city and just kind of being newly aware of how big this town is and busy and diverse and vibrant,” she says.

“There’s so much going on, it’s kind of jarring. I was like ‘Whoa, what is going on?’ This place is crazy.”

Kreuk is also working as executive producer on a documentary called Phoolan about the life of an extraordinary woman from India named Phoolan Devi who fought back against theft and sexual violence despite her status as a low-caste woman.

Kreuk says it’s mostly been shot and it’s now in the final stages of production.

“Phoolan Devi who was an incredibly fierce person,” she says.

“The story is insane: she was born into a low caste, was gang raped, fought back, started a gang and became the bandit queen, killed a bunch of dudes, went to jail then became a politician. She was assassinated at the end of her life, but it’s a story that is timely, topical, but also, for one individual’s life, it’s really fascinating.”

Burden of Truth is set to premiere Jan. 10 on CBC-TV