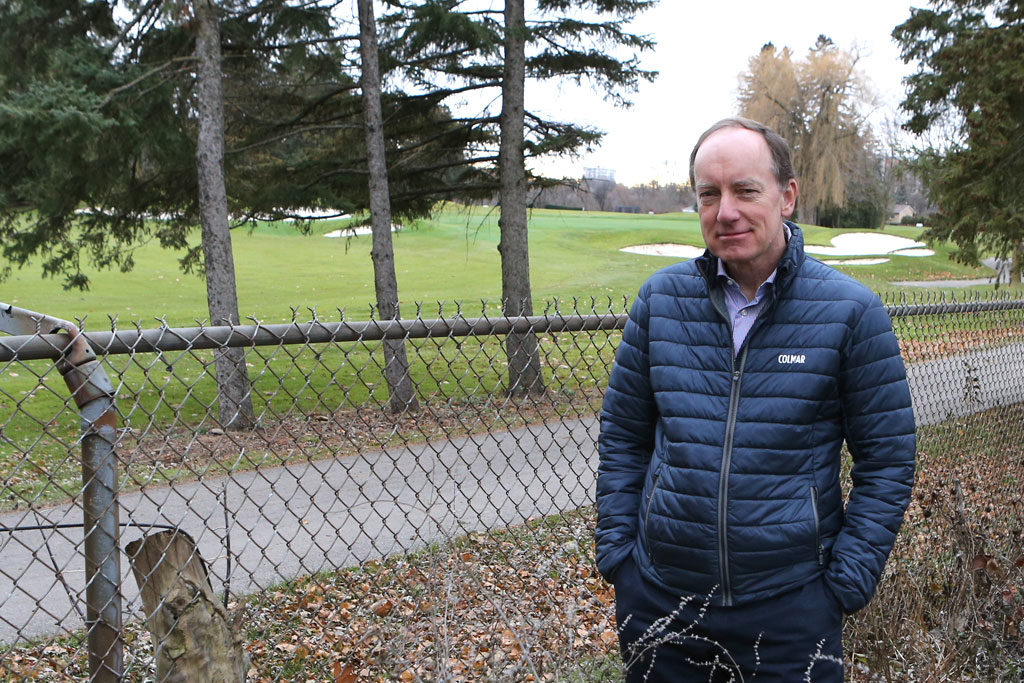 After a season of deliberation and collecting bids on two potentially sellable parcels of land, the Ladies’ Golf Club of Toronto has sold a 2.6-acre parcel of land to Tridel, which plans to develop two condo towers on the northeast corner of the golf course, near Bayview Avenue.

The other parcel they considered selling covered 11 acres of the golf course, just south of Royal Orchard Boulevard. Multiple bids for the two parcels of land were considered, and eventually the golf club executive board chose to proceed with the sale of the smaller 2.6-acre parcel. Golf Club members voted 86 per cent in favour of the sale in October. The Ladies’ Golf Club of Toronto’s general manager, Paul Bussiere, confirmed Tridel bought the land for $23 million.

“The sale that we’ve done is securing our future,” said Bussiere. He added, “The fact that we’re keeping the club here for the long term, to me, is a more important thing than losing the little piece. I’m sure everyone would hate to see the whole golf club go. ”

Bussiere noted that the funds would be able to support expansions and improvements to club facilities and their golf academy.

This sale was generally met with relief from the local community.

“The sale that we’ve done is securing our future.”

A new residents group, the Royal Orchard Ratepayers’ Association was organized shortly after the land went on the market. Its president Peter Rawson said, “Our position with respect to this new land sale development is that it is less intrusive on the neighbourhood than the earlier threat.” However, he added, “We aim to be present at each stage of the rezoning process in order to protect green space, trees, wildlife habitats and traffic flows as best we can.”

Not everyone is so content with the sale. Ward 1 councillor Valerie Burke said she was “very disappointed” that the board voted in favour of selling the land.

“As a councillor who has consistently advocated for the protection of green space or natural heritage, it’s just another piece of green space that will be developed,” she said.

Michael Mann, director of project feasibility at Tridel, indicated plans for a pair of mid-rise condo buildings were in early stages. However, he promised, “We’re preserving as many of the trees as we can around the development and adding to it.”