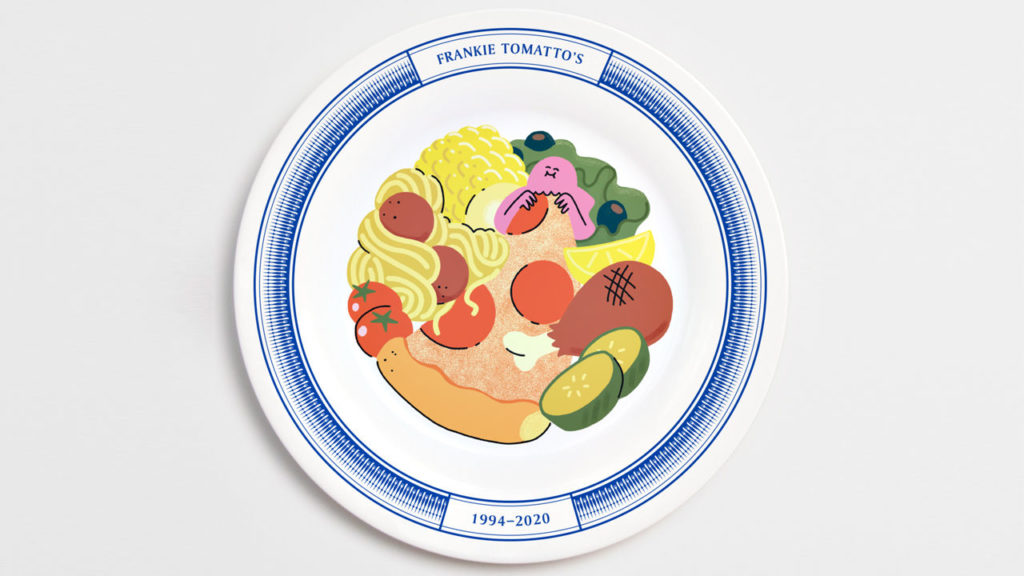 A new initiative is honouring some of the many Toronto restaurants that have permanently closed their doors over the past year due to the pandemic and raising funds to support unemployed restaurant workers in the process.

Last Dish comes from the Toronto Restaurant Workers’ Relief Fund (TRWRF). Initially started as a GoFundMe campaign to aid restaurant workers amid the dine-in shutdowns, TRWRF has evolved into a non-profit organization that has supported unemployed restaurant workers via grocery gift cards and subsidized mental healthcare access throughout the pandemic.

Starting this week, the plates will be auctioned off via the initiative’s website. There’s also the option to purchase limited-run prints of the illustrations.

“I think the prints will be a nice option for folks who might want to help out or to commemorate a restaurant that they really liked, but it’s not feasible for them to bid or they don’t like auctions,” says Arianne Persaud, founder of TRWRF. All proceeds from Last Dish will be donated towards TRWRF.

“Each of the plates is designed by a different illustrator so there are 10 different styles,” says Persaud, adding that many of the artists have connections to the Toronto restaurant industry. For example, Persaud says that Madison van Rijn, who illustrated Kit Kat’s signature dish penne salsiccia, is also behind some of the beautiful murals found in Bar Isabel and Bar Raval.

“There’s a lot of really awesome, cultural, psychological and philosophical things that you learn through food. Food is a touchstone for so much of life,” says Persaud. “It’s about this moment of let’s actually pause and acknowledge that 150 restaurants in our city have closed.”

The plate auction will run until May 31.