Last Meal: A forkful of Toronto - TRNTO.com
Skip to content 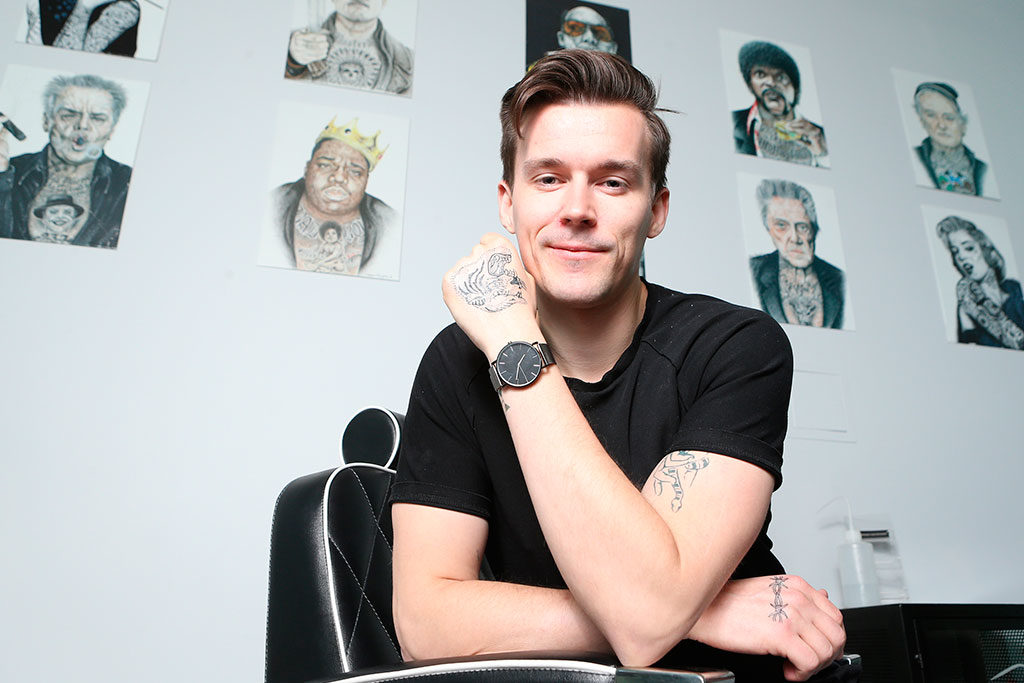 For our new food column, we’re asking notable Torontonians where they would dine for a final day in Toronto if for some crazy reason they decided to leave town.

First up is Tyler Handley, co-founder of Inkbox, the world’s first ever semi-permanent tattoo company. With little access to capital, Inkbox earned $275,000 through a Kickstarter campaign, and later raised $1 million in seed funding, allowing them to create a temporary tattoo that lasts for now — as in eight to 18 days — not forever.

For his hypothetical last meal, we’re shipping the startup superstar off to Silicon Valley. Here are his food picks for his last 24 hours in Toronto.

hole-in-the-wall breakfast
I like to go to this classic, hole-in-the-wall, family-run breakfast joint, called Avenue Open Kitchen [7 Camden St.] It’s the kind of place where you still get the small, little white cups of coffee. I would get a western omelette with peppers, mushrooms, onions and cheese with home fries on the side.

I was looking for a greasy spoon, and a friend of mine who had been there for lunch told me about it. It’s old school and it reminds me of my childhood — somewhere my parents would take me after hockey practice on a Sunday.

a Thai lunch
I would either go to Pai [18 Duncan St.] or head to Roywoods on lower Bathurst [121 Fort York Blvd.] Roywoods is kind of an unassuming place. You don’t really know what to expect, but they do a mean jerk chicken sandwich on this really fresh coconut bun with coleslaw on the side. I’d also get a grapefruit “Ting.”

If I went to Pai, I’d get the pad gra prow. It’s pretty simple — a rice-based dish with ground beef on top, some chopped onions, fish sauce, chilies, an egg on top and some sliced cucumbers on the side. To go with it, I’d grab a Singha beer. I like to use the market, which has a pickup area, so you can avoid the lineups.

classic drinks
I would go to Bar Hop [391 King St. W.] for their rotating selection of beers because I love trying new ones. They have a great selection of local beers, international beers and just really interesting unique and sour beers. It’s a classic bar where you just sit at an old, dirty table.

If I wanted cocktails, I really like the vibe at Rush Lane [563 Queen St.W.] I would get a twist on an old-fashioned or any sort of Bourbon-based cocktail that they do there. There’s a cool little nook they have where you can play Mario and there’s a fish tank behind you.

my last supper
Option one: I would go to Lee [601 King St. W.] and get the Singaporean-style slaw. I think I’d have to get a fancy cocktail of the day. There are some really interesting options on their drink cart. They do a really good job of making it feel romantic whilst also being very open at the same time. You never really feel like you’re cramped together because the room has brick walls with floor-to-ceiling windows.

Alternatively, I would head to Khao San Road [11 Charlotte St.] and get the Three Flavours Pad Thai — the best pad Thai I’ve ever had. Honestly, I just go there for the food, but the vibe upstairs at the bar is really cool.

The thing I would miss the most about the Toronto food scene is the amazing variety of restaurants.