Laura Vandervoort on her last season of Bitten and her latest role as a supervillain - TRNTO.com
Skip to content 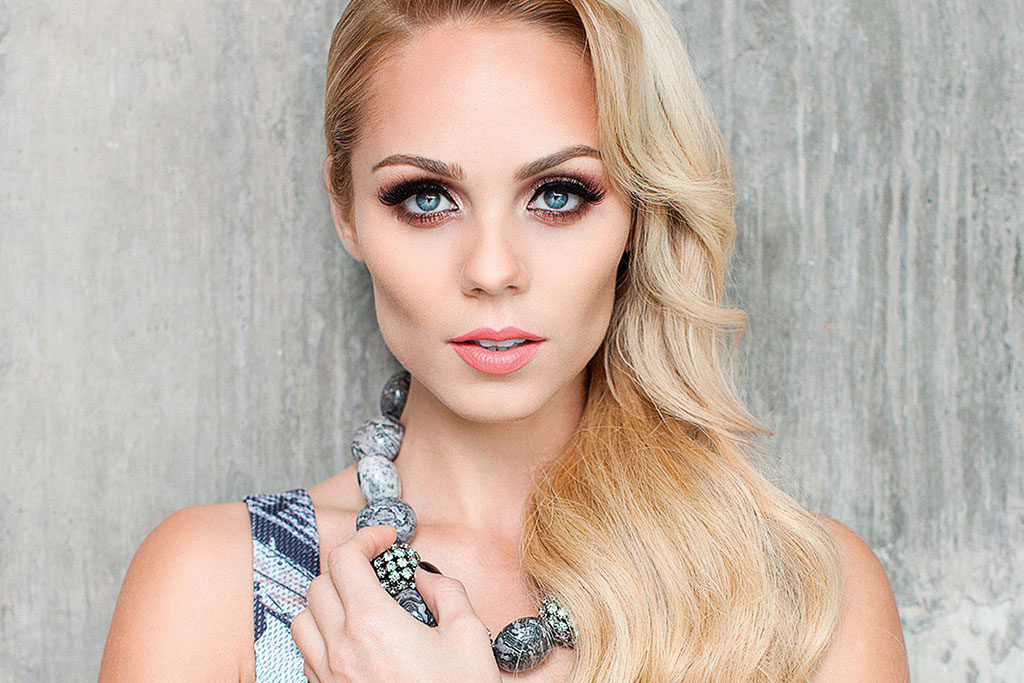 Actor Laura Vandervoort was a Bayview girl from the beginning. Born and raised in Toronto, she graduated from York Mills Collegiate Institute, and has called the city home for most of her life.

Her current onscreen persona has her as Elena Michaels, the world’s only female werewolf, in the Space original series Bitten. The third and final season begins Feb. 12.

Vandervoort is best known for her role on Bitten but has also appeared on other television shows like Smallville and V, as well as on the big screen, most recently alongside Mark Wahlberg in Ted and with Reese Witherspoon and Chris Pine in This Means War. Next, she’ll be popping up in a recurring role in CBS’ Supergirl as DC Comics villain Indigo.

Three years ago, she made the move to L.A. and it’s understandable that what Vandervoort misses most is her family. But because Bitten was filmed in Toronto, she was able to get home five to six times a year.

“I was really lucky to be working on a show that allowed me to be home so much.” And although she’s trying to make L.A. her home, her roots are still showing through. “I have my Canadian flags up,” she says with a laugh. “It’s amazing how many Canadians you meet here.”

Much of Vandervoort’s career so far has been made up of playing strong female characters — something that has been a deliberate choice on her part. “

It’s just something I’ve always enjoyed playing. It’s something that empowers me.” She explains that a lot of her early roles were more one dimensional, like the cheerleader or the girl next door, and she decided she wanted to go deeper with her roles.

When she was cast in Smallville, Vandervoort realized that sci-fi was a place where a lot of strong female characters existed. “Sci-fi allows for writing strong, more layered female characters,” she says. Elena in Bitten, being the lone female werewolf in the world and not to mention living among a pack of males, has been another role with a lot of depth and strength to tap into. “This season there are a lot of surprises that get thrown her way,” Vandervoort says. “She’s harder this season with her personality, but at the same time, you get to see a softer side of her.”

Vandervoort draws parallels between Elena’s growth in the three seasons of Bitten and her own growth as an actor.

“There’s always something in the characters I play that mimic what’s happening in my life at that time,” she says. “In season one, I was nervous going into this role, and Elena at that time was a nervous, unsure woman going into a new situation. But the Elena from season one is so different to what you’ll see this season.” Like the character, Vandervoort has grown and changed over the three seasons of the show. “My confidence has grown a lot as I’ve played this role.”

That confidence is something she is bringing to her new role on Supergirl.

“I’m definitely more comfortable in myself and what I wanted to do with my character,” she says. “I feel like I’m in a space where I can play with characters a bit more and people will allow it because they trust you and you have experience.”

Although she can’t disclose much about her role in Supergirl, she does say that she’s having a lot of fun discovering who her character Indigo is.

“This is a very different character than anything else I’ve done. It’s night and day from Supergirl.” Supergirl is a role Vandervoort knows well, having played her for four seasons on Smallville.

When it comes to adjusting to living in L.A. and an environment known to be superficial, often creating pressure to be at all the right places and all the right parties, Vandervoort has made the decision to take a more laid-back approach to life in Hollywood. She explains you can easily be going to all the hot spots at night and hanging out with people who want to be seen, but you can also avoid it if you want. It’s something she tried for “a second” but that ultimately didn’t feel right.

“I was not comfortable in my own skin in those situations,” she says.

Vandervoort surmises her lack of interest in that lifestyle could be because she was raised in Toronto, a more relaxed place to grow up. She also attributes her frequent return visits to Toronto as something that helps her maintain a healthy perspective.

“I come home a lot and being with family is important. It keeps you grounded,” she says.

In addition to all her onscreen hours, Vandervoort made time to pen a children’s book called Super Duper Deelia. Although the story was never published, it has been optioned into a live action TV series on which she will be executive producer. She was inspired to write the book after attending comic conventions where fans would bring their children with them. She realized she was meeting a lot of girls between the impressionable ages of six and 10 who loved superheroes but didn’t necessarily have the right characters to look up to.

“I realized a lot of the women in comics they looked up to have unrealistic body types, and even though they were strong characters, they were being sexualized in an unhealthy way,” says Vandervoort.

This didn’t sit right with her, so she decided to do something about it. Having gone to York University for writing, she went to work creating a character she thought young girls could relate to, one that discovers she has superpowers on her 10th birthday.

“She [Deelia] is someone their age, going to school, going to sleep-away camp, all the while being a superhero and trying to figure that out. She’s figuring life out and she’s not doing it in a miniskirt. These characters don’t have to be kicking ass in a skirt.”

Going forward, Vandervoort says she likes the idea of getting behind the camera and writing more.

“I’m creator and executive producer on this kids’ show, so that will be a good testing ground for me.”

With all of that on her plate, Vandervoort is doing her best to live in the moment while at the same time looking to the future.

“I’m trying to enjoy the journey but also trying to expand my realm,” she says.