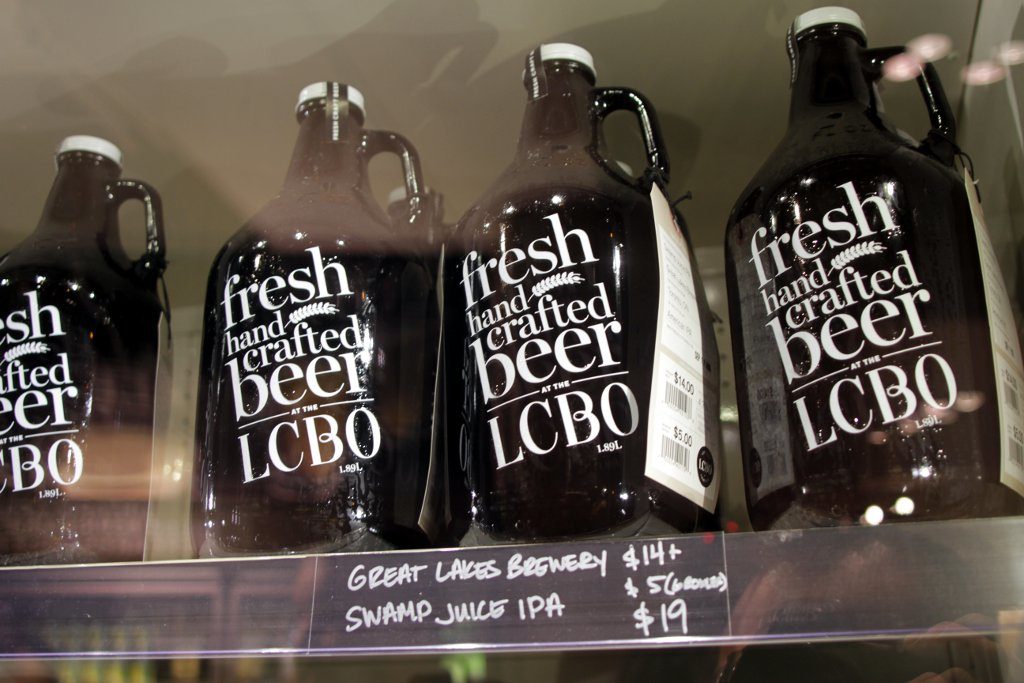 Beer is coming to grocery stores in Ontario — at some point — and the LCBO is obviously doing whatever it can to shore up its head start when things become more competitive. The Ontario Minister of Finance, Charles Sousa, was at the Summerhill LCBO today to open the store's new craft beer section that includes the government-owned retailer's first growler-filling station.

Bob Peter, LCBO president and CEO, and Cam Heaps, OCB chairman, joined the minister on the podium and emphasized how important Ontario craft beer is to the LCBO. The remade section at Summerhill, including more refrigerator space and special sections for sorting beer by style or country of origin, is one of 25 that the LCBO is rolling out across the province. 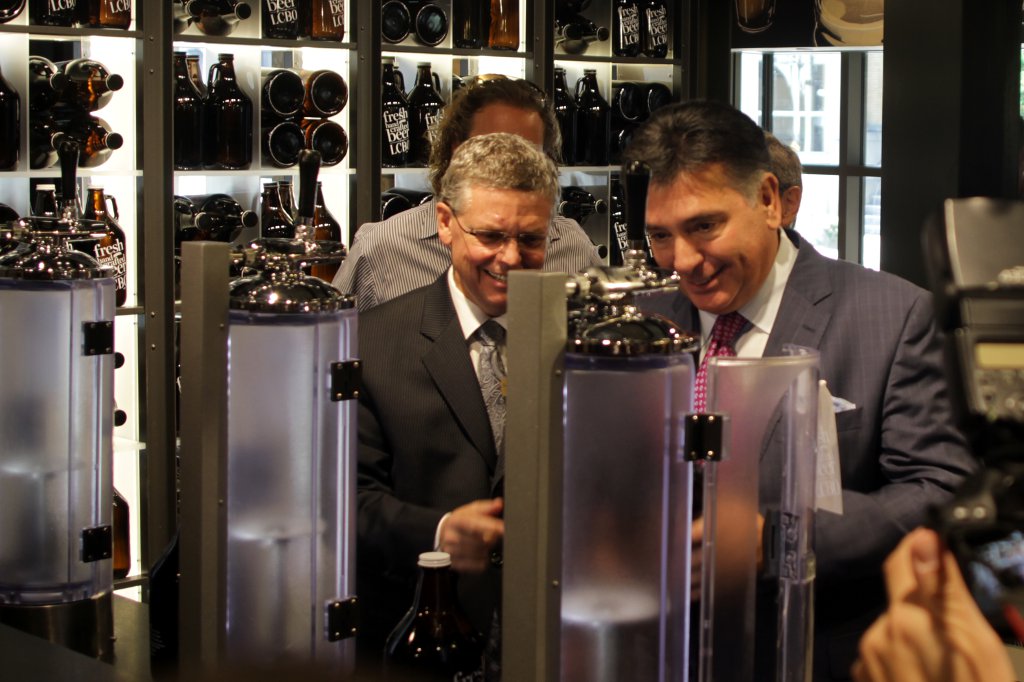 Ben Johnson, a Toronto-area beer blogger, published a post in August that raised some interesting questions about the growler programme. Here's an answer-fill primer.

It's a jug that holds 1.89 litres of beer. (That's about five and a half bottles.) Breweries tend to market them as a good-for-sharing alternative to a six-pack.

What beers are they starting with and how much are they selling them for?

The display fridge for today's launch (open to the public this afternoon) was stocked with Great Lakes Swamp Juice IPA ($14), Amsterdam Starke Pilsner ($14) and Mill Street Distillery Ale ($12). A $5 deposit is added to the price of all growlers. 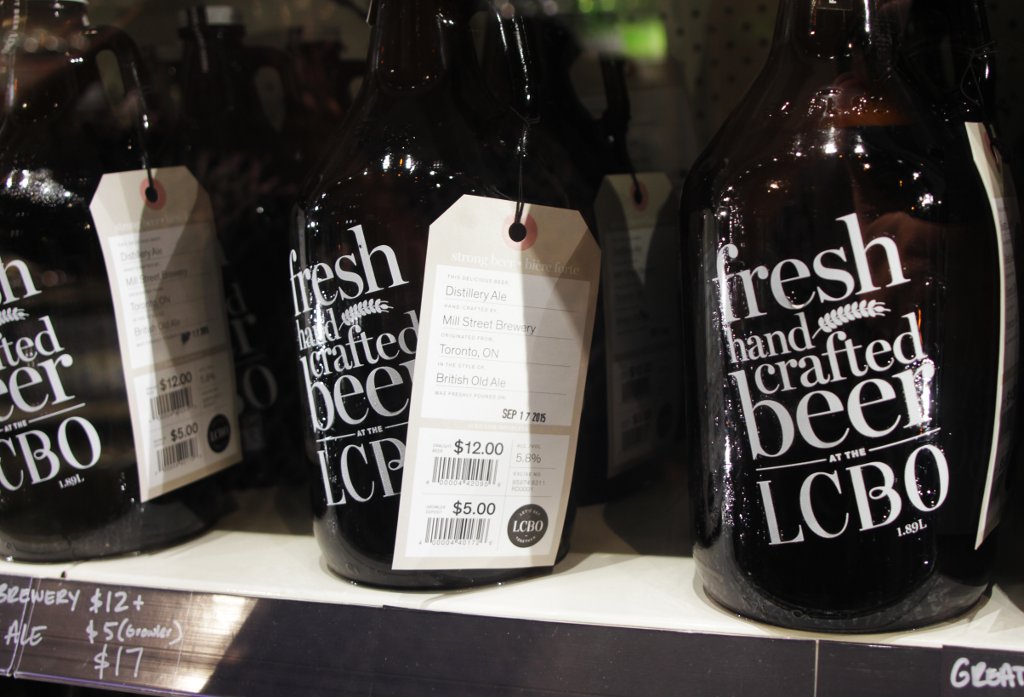 Each growler is tagged with useful information about its style, price and when it was filled.

It looked like there was a Bellwoods label in one of the conceptual drawings of the growler setup. Is this the type of beer we'll be able to buy by the growler?

The short answer is potentially, but probably not any time soon. Keeley Rogers, the LCBO's media relations coordinator, tells me by email that "all breweries are welcome to participate regardless of whether or not we currently do business with them. We look forward to helping bring exposure to as many breweries as possible."

The promise is also that if a beer is available at the LCBO in any other package it won't be in growlers. The three launch beers are from longtime LCBO mainstays — Great Lakes, Amsterdam and Mill Street — that are already fairly local to customers who shop at Summerhill. And the Distillery Ale was at the LCBO two years ago in a Mill Street mix pack.

If groundbreaking variety were going to be a key tenet of this programme it would have been nice for one of the three original offerings to toe that line. The plan is for beers to rotate on a weekly basis, so there is lots of room for this to happen in the future and for me to stand corrected.

I'm worried the growlers will be filled directly from a tap, as some breweries do. Is this the case?

Not at all. The LCBO has installed three Pegas growler-filling stations. You may have seen the fillers this company makes at Toronto breweries like Great Lakes, Indie Ale House or the (now closed) Beer Academy. Unlike a regular beer tap they first fill the growler with carbon dioxide before the beer starts pouring. This flushes oxygen (the enemy of fresh beer) and creates a counter-pressure to keep the beer carbonated. Equipment-wise this is pretty much the best-case scenario.

Okay, so how long will a growler of beer from the LCBO be at its best?

Answers varied on what the drink-by-date should be, but Iain McOustra from Amsterdam was the most conservative with ten days after filling. "The sooner the better," he emphasized.

LCBO staff who have been trained on using the Pegas system will be pre-filling growlers before they go into the display fridge. Each one has a tag that includes the filled-on date.