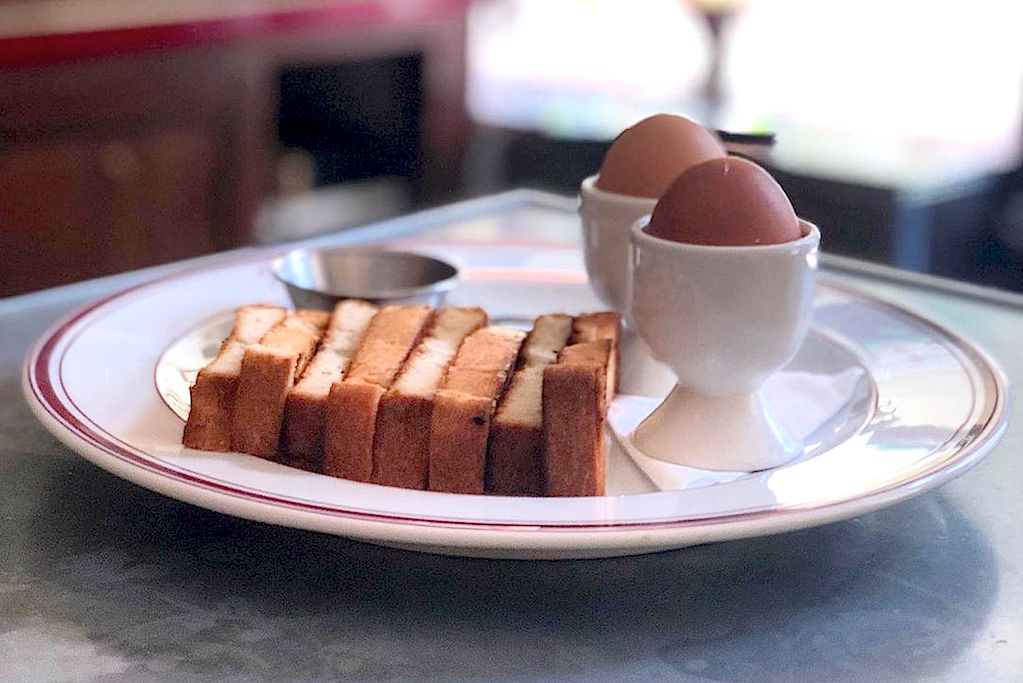 Le Swan has a new midday menu that’s breaking the rules in more ways than one. Served from Friday to Sunday beginning at 11am (the traditional brunching hours), the menu banishes bennies and other brunch staples in favour of dishes that fall squarely into either the breakfast or lunch category.

Similar to the restaurant’s dinner offerings, the lunch menu features a pared-down selection of simple, comfort food dishes done well. Among the more breakfast-y options is Le McMuffin, a not-so-subtle riff on the Golden Arches’ favourite, which is taken up several notches with sausage, raclette cheese, dijon vinaigrette and arugula.

A traditional Full English breakfast is reimagined as “the Full French,” an equally hearty (but much fancier) spread of thick cut bacon, fried eggs, hash browns and flageolet beans with duck confit, finished with a string of blistered cherry tomatoes and hunks of lightly toasted baguette.

The savoury waffle sees a crisp waffle topped with eggs, bacon, cheddar and jalapeño honey, while the eggs and soldiers offer a little childhood nostalgia at an affordable $8. On the lunchier side of things are standards from Le Swan’s dinner menu, including a western sandwich, an omelette and a tuna melt.

Although the restaurant accepts dinner reservations, tables are walk-in only at lunch. Fortunately, Le Swan’s untraditional breakfast-lunch menu doesn’t appear to be attracting the typical Toronto brunch crowds so you’ll likely be able to get your weekend eggs-and-coffee fix without a long wait.

The lingering question is if McDonald’s is going to catch on (or care about) Le McMuffin and the presumably unauthorized use of the trademarked McMuffin name. You might want to try Le Swan’s version of the breakfast sandwich sooner rather than later, just in case.