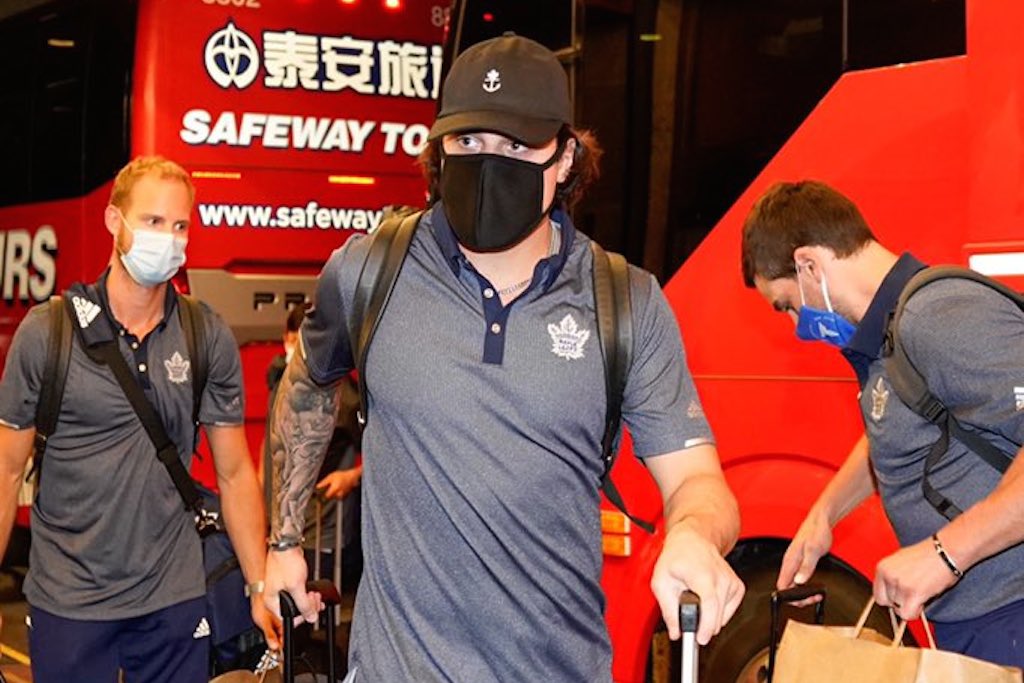 NHL teams arrived in Toronto on Sunday in advance of the playoffs, and officially entered the Toronto bubble at their respective hotels — Hotel X and the Fairmont Royal York.

The federal government has mandated that travellers entering Canada have to isolate for 14 days as a result of the COVID-19 pandemic, but they approved the NHL’s quarantine plan that allows players to report directly to the NHL bubbles in Edmonton and Toronto.

so this is what the toronto bubble will look like.

The NHL is taking precautions to keep players and their cohorts protected from the threat of COVID-19 — meaning players will undergo daily COVID-19 testing and will be required to live their lives within the confines of the bubble for at least two months.

Security will be tight — no one will be able to enter or exit who is not authorized. A fencing system will enclose the entirety of the bubble, and nearly 100 security guards and health ambassadors will be stationed throughout the bubble.

Players will have their own rooms (although players won’t be permitted to enter each other’s rooms) and each team will have its own floor.

The Toronto bubble has 14 on-site, diverse restaurants, bars, pubs, and coffee shops for players and staff, as well as a concierge service for deliveries from local restaurants. There will be eight tennis courts, golf suites, movie theatres, and fitness studios. Four practice-facility ice rinks will also be available (three NHL rinks and one Olympic-sized rink).

On Sunday, the Leafs shared a video of their new digs:

Leafs Nation is always with us 💙#LeafsForever pic.twitter.com/mtiJ7W8xbq

Exhibition games will begin on Tuesday, July 28, while the Stanley Cup qualifying rounds will begin on Aug. 1. The Leafs also released their phase 4 return to play roster: