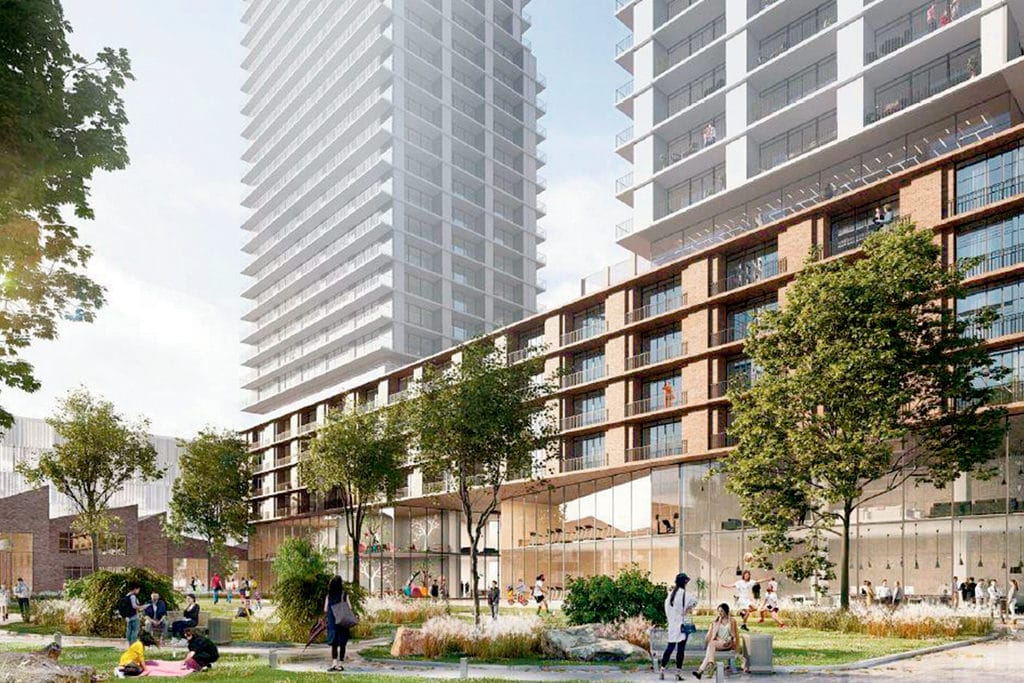 An ambitious development set to transform Leaside that was due to be heard at the Local Planning Appeal Tribunal (LPAT) will go to mediation with the City of Toronto, the developer and a local residents’ group.

The developer, RioCan, has submitted official plan and zoning bylaw amendments to the city, proposing the redevelopment of a 3.56 hectare site, located at 815–845 Eglinton Ave. E., near the future Laird station on the Crosstown LRT line. The proposal includes eight buildings of residential, commercial and office space with heights ranging from two to 38 storeys, including 1,673 residential units. Also included is a community space and a new public park.

On Nov. 5, North York Community Council voted to authorize city staff to appear before the LPAT, to oppose the development on the grounds that it is inconsistent with the city’s official plan and the Laird in Focus Planning Study.

The city is joined in opposition to the current application by the Leaside Property Owners’ Association (LPOA).

Geoff Kettel, co-president of LPOA, said the group had several meetings with the developer and participated in the planning process from the initial application and through several revisions.

“A major issue we had, we felt like we needed to plan for this site as being the new centre of Leaside,” said Kettel, who explained that the developer has revised its plans in order to facilitate a civic plaza at the site. “You need sort of a gathering place, a sense of community.”

“We are also concerned about architectural design, not just basic square box buildings but a design presence,” Kettel continued.

He said, despite revisions, the residents’ group still has concerns about density and would like to see the project comply with Laird in Focus.

According to Diane Silver, senior planner with the City of Toronto, the Laird in Focus Planning Study was launched in 2016 to explore the potential to accommodate future residential, employment and mixed-use growth at Laird Drive and Eglinton Avenue East.

“The city is opposing the development proposal at 815–845 Eglinton Ave. E. because the proposal is not in alignment with the Laird in Focus Planning Study goals and objectives with respect to the building heights, setbacks, 45-degree angular planes and shadow impacts,” said Silver. “Generally speaking, when all parties agree to attend and participate in a Local Planning Appeal Tribunal mediation process, the objective would be to achieve a desirable outcome with respect to a given development for all parties involved.”