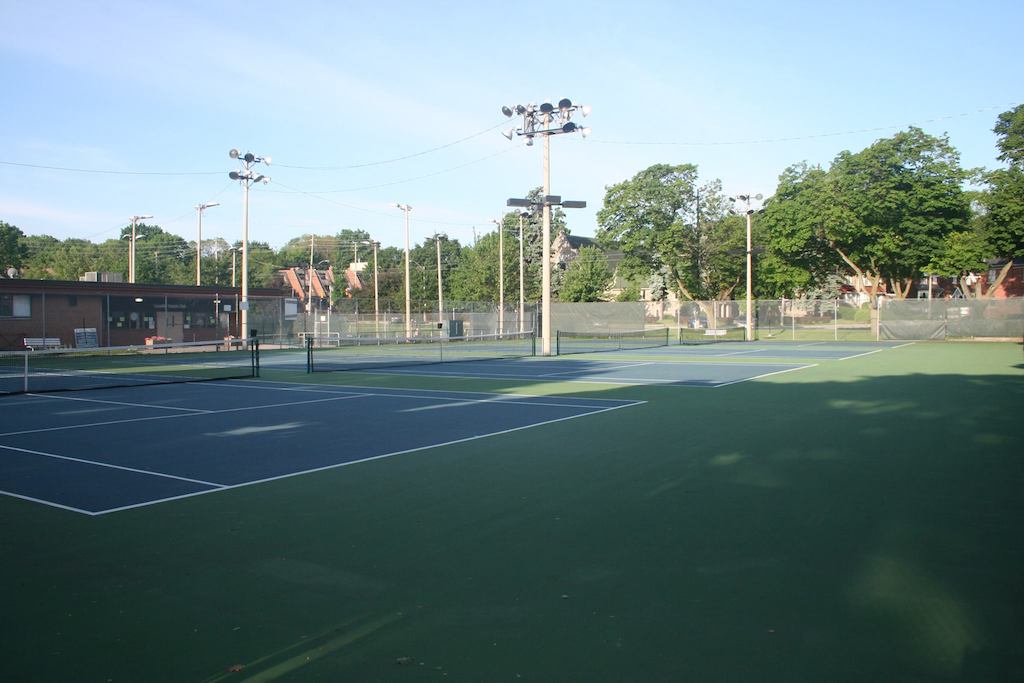 Leaside Tennis Club’s nets have been sitting on empty courts awaiting installation. Staff moved the nets from the clubhouse in March for fear that a worker strike would prevent building access. Nearly halfway through the season, the nets remained on the ground.

Tennis clubs were permitted to open in May, but Leaside’s clubhouse is inside a shared, city-owned community centre that remains locked — with soap, sinks, bathrooms and medical equipment inside.

“Technically, the club cannot install the nets as we do not have a permit, opening us up to liability,” club president Rita Lee said.

Club members have been trying to “gift” the nets to the city for weeks as a potential solution, hoping that city workers will install them. The city has finally agreed to accept the nets as a gift, and the courts were opened to the public as of June 25.

“The city has now agreed to open the club as a public facility until we are able to access the clubhouse,” Lee said.

In addition, Lee has other concerns about the safety of the club’s staff and members. Hand washing before and after play is one of the city’s rules made difficult by a lack of access to soap or water.

“We realize other clubs are open, but the board feels that if we cannot comply with the guidelines we cannot provide a safe playing environment for our members. This is the most important thing for us,” Lee said.

Nader Balata has been a member of the Leaside Tennis Club for seven years. His $140 membership includes access to the club’s courts and clubhouse. Balata will be able to play when the nets are up but will have to wait to access the clubhouse and its facilities.

“We have everything in place and ready to go once we get the go-ahead. Councillor Jaye Robinson released a newsletter that stated that community centres would be allowed to open as part of Phase 2,” Lee said.

When asked if he will seek a refund, Balata’s response was, “Likely not. I do want to support the club and community, and my fee is an investment in my community,” he said.

But refunds are not entirely off the table. Lee said that the club’s board has discussed options for refunding members but added that there are additional costs.

“We are waiting to see if we are able to salvage any part of the season. We still have expenses for phone/internet, insurance and PPE [personal protective equipment], which we purchased in anticipation of opening,” she said.