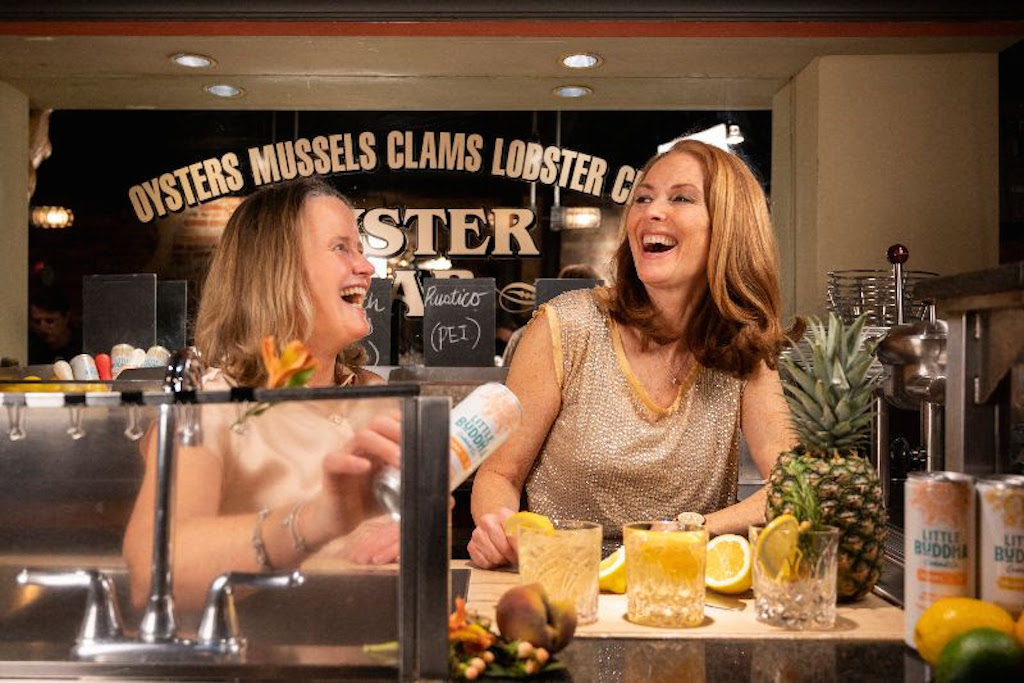 Best friends Kimberley Taylor and Anne Marie Kypreos first bonded over their shared status as relative newcomers to Toronto — Taylor hails from the Bahamas while Kypreos is American originally. When Taylor discovered she had an aggressive form of cancer, she knew it was time to slow down and overhaul her lifestyle.

“It was life-changing. I sold my business to be more present with my family,” Taylor says. “I was fortunate I had the luxury to do that and take the time to heal.”

She began living a more mindful lifestyle, studying Buddhism and opting for clean, organic food. But it wasn’t until she and Kypreos were looking for a clean ready-to-drink (or “RTD” as they call it in the biz) option that they noticed there was a gap in the market they knew they could help fill.

“We were up at Kim’s farm and we couldn’t find exactly what we wanted at the LCBO, so we kind of joked around and said ‘we should just make our own,’” Kypreos says. “I think it was our husbands who said ‘well, why couldn’t you do it?’ Kim called me a week later and said, ‘I know we talked about this, but is this something you’d really want to do?’ and I said ‘absolutely.’ ”

The pair’s criteria for the drink was fairly simple — organic, local ingredients like distilled corn, pumpkin and carrot juice, a low alcohol percentage and no sugar or artificial additives. With LCBO submissions due in just eight short months, they set to work researching, branding and developing their first flavour: grilled pineapple and rosemary.

Kypreos says that out of nearly 1,000 submissions, the LCBO accepted only 61, and Little Buddha was one of them. They launched last spring when the pandemic was first hitting, relying heavily on social media and a grassroots, community-based approach to spreading the word.

“I believe we got very lucky, but we also created something that wasn’t on the shelf before,” she says. “We had a feeling there was a place for this drink. That’s what gave us confidence.”