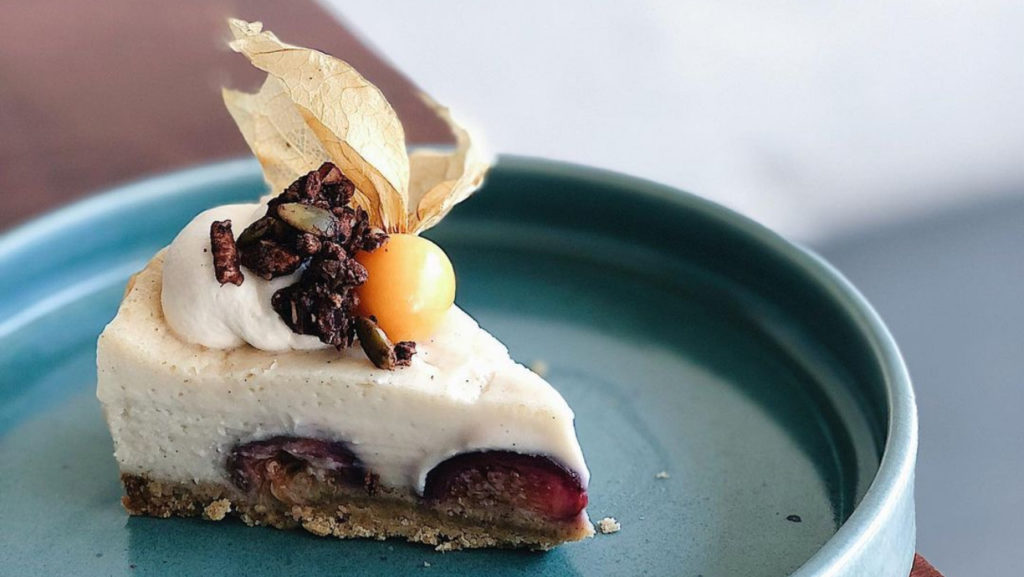 A new plant-based Japanese eatery has arrived in Little Italy.

The new spot is owned by Koji Zenimaru, who also owns the now-closed Ryoji Ramen & Izakaya located right next door.

Tsuchi’s head chef Haruna Makino got her start as a pastry chef while working in an Italian restaurant in her native Osaka, Japan.

In 2013, Makino relocated to Toronto to attend a two-year culinary program at George Brown College. After focusing her culinary skills on plant-based cuisine here in the city, she honed her skills in Japanese fare after seeing a lack of Japanese plant-based options in the community.

“There are so many vegan-based, plant-based restaurants in Toronto, but I’ve never seen it Japanese focused,” Makino says. “The owner [of Tsuchi Cafe] is Japanese, and I’m Japanese as well, so we wanted to give the Japanese culture and cuisine to the plant-based community,” she says.

Makino, who goes by Chef Haru on social media, is famous for her tiramisu, a recipe she perfected with her classic soy and tofu-based whipped cream. Her desserts, both traditional Japanese items and classic dessert fare like cheesecake, are crafted with seasonal ingredients in mind.

Everything on the menu is made entirely from scratch, and, of course, everything is made without animal byproducts.

“We wanted to show everyone how beautiful and tasteful plant-based really is, so we put a lot of effort into making packaged food or a meal, and sometimes people tell me that they don’t know that it’s plant-based,” Makino says. “That makes me so happy to hear.”

Tsuchi Cafe first opened in December 2020, but the debut was short-lived, as COVID-19 lockdown restrictions forced the eatery to postpone its operations. Currently, the restaurant has done a soft launch of its food, drink, and dessert offerings, while continuing to work on the eatery’s interior design, which features traditional Japanese decor.

Tsuchi Cafe also offers an array of Japanese items, from tea to desserts to cookbooks, and will continue to grow the shopping section as the opening progresses.