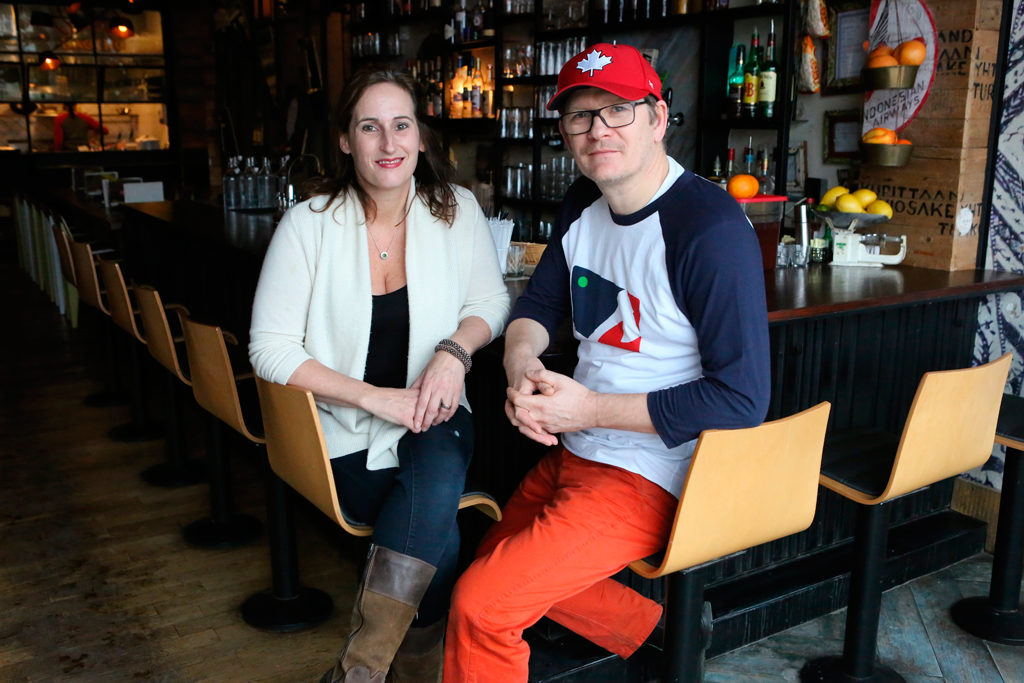 Restaurants across the city are continuing to open new patios as part of the CaféTO program. With indoor dining still prohibited in Toronto, the initiative has been a lifeline for restaurants that previously had limited or non-existent outdoor dining space in which to serve customers, such as midtown’s Little Sister restaurant.

Jennifer Gittins, co-owner of Little Sister, a restaurant specializing in Indonesian fare, says CaféTO has allowed her to expand her outdoor seating from a single table of four to 30 spots. “It’s given us hope that we can survive this,” she says, describing the last few months of takeout-only service as “devastating.” 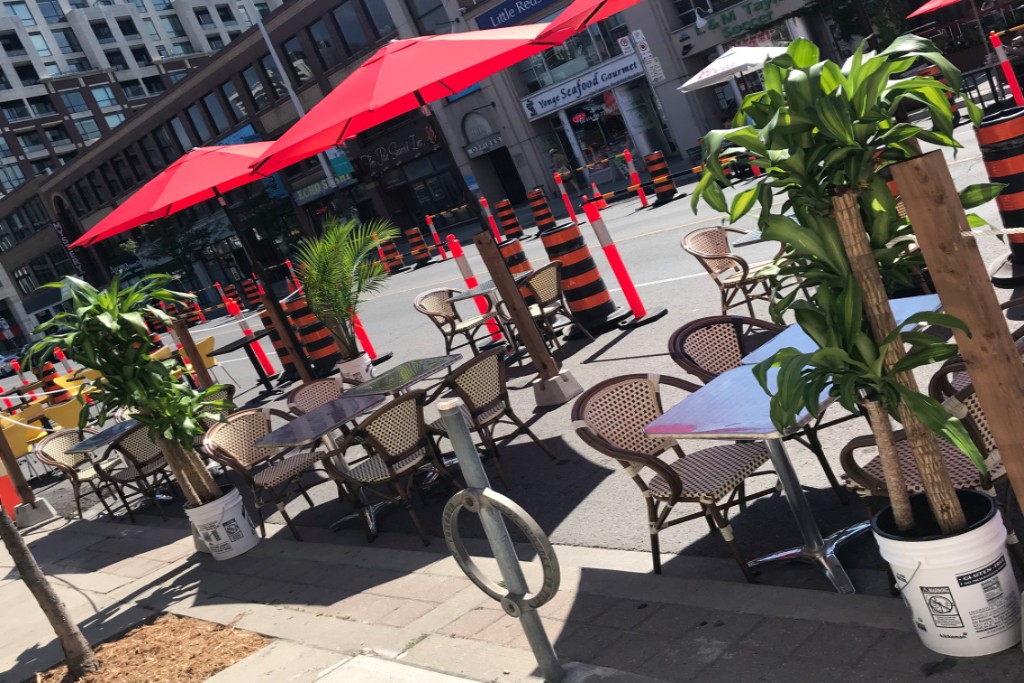 Gittins says that the biggest challenge to reopening has been making a patio set on high-traffic Yonge Street look appealing and feel safe for diners. “You’re dining next to cars going right by,” she explains.

The restaurant has added wooden posts anchored by cement blocks to create a barrier between part of the dining area and the street, and brought in umbrellas and matching patio furniture to make the space look welcoming.

“I honestly didn’t think people would embrace it — that they wouldn’t want to dine in a laneway on Yonge Street — but in actuality they really have, so we’re very fortunate,” she says.

She says the patio has been consistently busy since opening last week, attracting a mix of walk-ins and reservations. “It’s allowed me to hire back my staff, which is huge,” she adds.

According to Gittins, customers have generally been respectful of the new health and safety guidelines Little Sister has been required to implement.

“There are always some people that don’t understand it,” she says, noting that the restaurant has spare masks for customers going inside to use the washroom that haven’t brought their own.

The pandemic has also put the brakes on the opening of Little Sister’s second location at King and Portland, which Gittins says they’re now aiming to open next month. Although she’s hopeful that indoor dining will be permitted by then, she says they’d potentially open the second location for takeout and patio service in the interim.

“We’re super happy to be just that one step closer to being back to a normal restaurant,” she says.