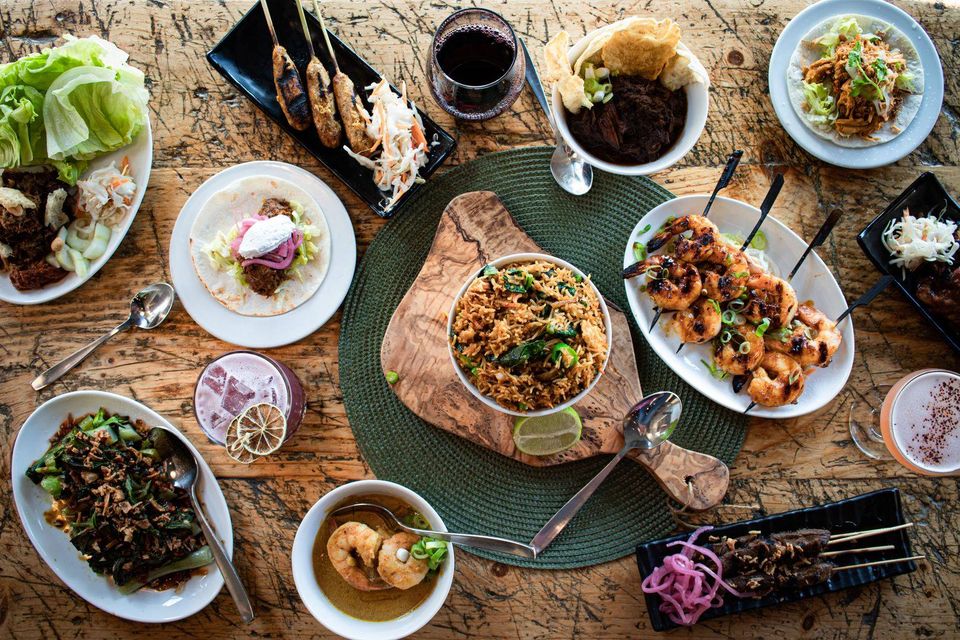 Little Sister’s new location will also see the return of Van Den Winkel’s well-known Rijsttafel feasts, a traditional, multi-plate meal that was a favourite at the owners’ previous restaurants, Quince Bistro and Noorden. Gittens says the Rijsttafel feasts will be available on special occasions, including the upcoming Valentine’s Day and Family Day holidays.

“We’ve been getting a great response,” says Gittens of Little Sister Portland but she admits that it’s been challenging to open a new restaurant for takeout only. “They [diners] can’t see it, they can’t experience it, and lots of people downtown haven’t heard about us because we’re a midtown restaurant coming downtown for the first time,” she says.

Gittens says the new restaurant is larger than their Yonge Street location. The two-storey space has decor that’s “an ode to the Balinese tropical feel” and bars on both floors. “It’s very open and airy,” she says. With no definite end to the indoor dining ban in sight, Gittens and Van Den Winkel are hopeful about the possibility of outdoor dining resuming when the weather warms up, which would allow them to serve diners on their 20-seat patio.

Gittens says the pair are also poised to roll out a new ghost kitchen in their Yonge Street location. Triple X Snack Bar will be inspired by the late-night eats served at snack bars in the Netherlands.

Little Sister Portland is currently open Wednesday to Sunday for pick-up and delivery via Uber Eats and DoorDash.