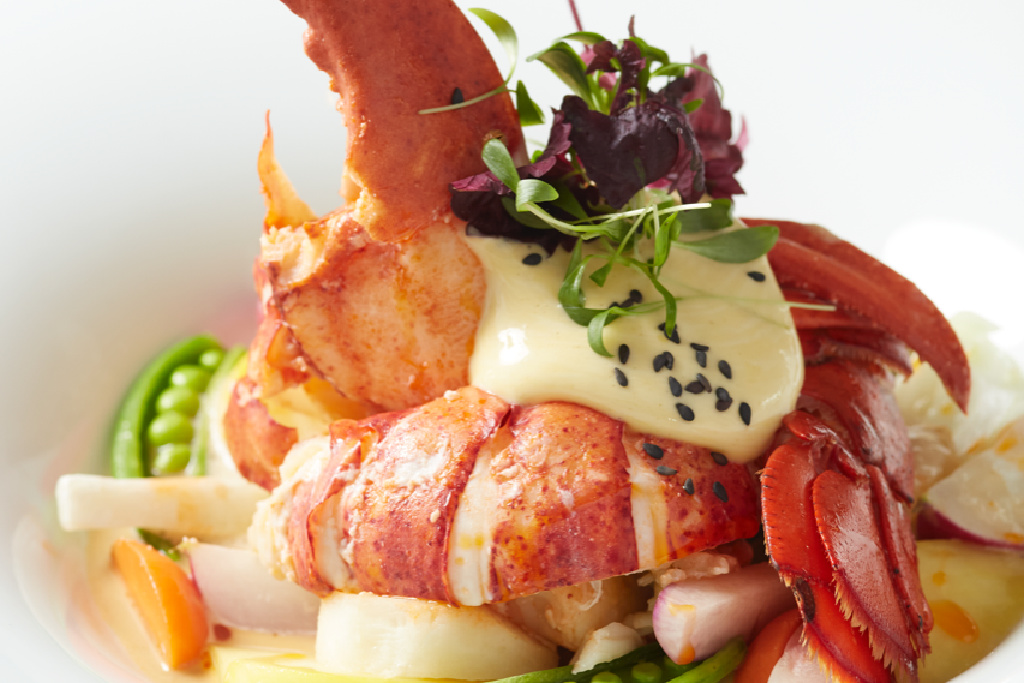 Iconic Toronto restaurant Scaramouche is bringing back its annual Lobster’licious prix-fixe event in takeout form. Running yearly since 2009, chef-owner Keith Froggett says Lobster’licious originally started as a response to Toronto’s Winterlicious event. “We didn’t feel that the parameters of that worked for us, so we tongue-in-cheek started this Lobster’licious thing and it became the success it has been,” he explains.

Froggett says that in years past, the event offered diners a choice of appetizers, mains and desserts. To simplify Lobster’licious for takeout, however, they’re offering a single, three-course menu this year.

This week’s menu includes lobster bisque, butter-poached lobster with house-made cavatelli pasta, and passionfruit curd with pistachio crumble. Froggett adds that they will likely rotate in different, lobster-focused menus in the coming weeks as the event progresses.

Like the rest of Scaramouche’s takeout program, the Lobster’licious dinner is available for pick-up via Tock. Last year, Scaramouche began offering takeout for the first time in its 40-year run in response to the extended dining room closures.

The restaurant temporarily closed when dine-in was first shut down last March. “For the first two and a half weeks, there were two or three of us coming in every day and systematically cooking everything that was in the fridge and donating to food banks,” says Froggett. “Once we got all of that inventory taken care of, we sat down and thought about things. It became obvious even at that point this was going to be an extended shutdown.”

He adds that the success of his son Benn’s takeout rollout at his Halton Hills’ restaurant the Glen Tavern inspired the Scaramouche team to attempt something similar. Scaramouche chef Carolyn Reid says the pivot to takeout has been challenging, but the team has been able to streamline the process by combining the menus of Scaramouche’s main restaurant and its more casual pasta bar and grill. “We’ve blended the two menus to keep both sides happy and to be able to offer our top sellers,” says Reid.

“We’re very careful with how we craft the menu and how well things will travel,” adds Froggett. “The challenge is trying to stay true to the quality of cooking that we’ve always offered.”

Lobster’licious is on now until Jan. 30 and Froggett says they plan to continue offering their standard takeout program via Tock until dine-in reopens. “We’re taking it one day at a time, one week at a time,” he says. “The camaraderie within the kitchen is really positive. It’s remarkable how people have adapted.”