Local Love: How a Colombian-Canadian jewellery designer brought some colour to Toronto | TRNTO.com
Skip to content 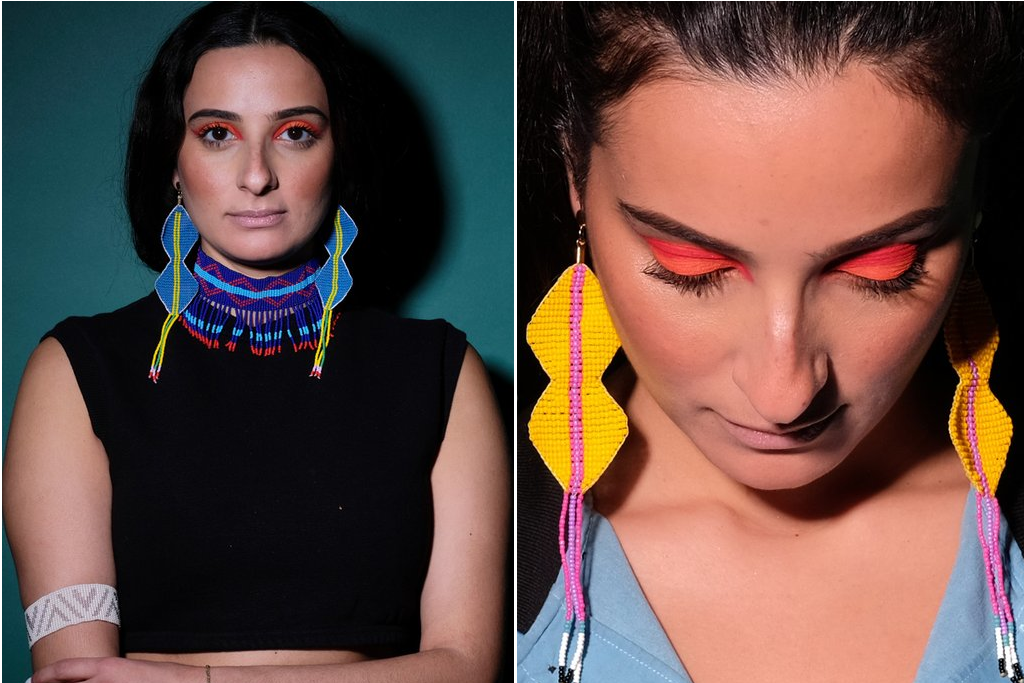 The year was 2012 and Jessica Sanchez was heartbroken. In need of her family, Sanchez went to Colombia for some R&R. There, her mom whisked her away on a road trip to the country’s spectacular centre. It was there that Sanchez began a new life path.

“It was a Sunday when we visited Salento,” Sanchez says, “a magical town on the top of a mountain surrounded by lush green earth so beautiful it actually takes your breath away.” While strolling the streets, Sanchez spotted two indigenous women selling beaded jewellery; she bought two necklaces from them, discovering that they were Embera Chami. Despite receiving constant compliments from people on her new necklaces, nobody seemed to know — or care — about the fact that the pieces were Embera Chami art.

“Like in most countries, Colombia has a social stigma or cultural depreciation of its indigenous people; a byproduct of colonization and a disservice to Colombian culture,” Sanchez says. She knew something had to be done. “I felt inspired each time I wore the necklaces, so I wanted to share the craftsmanship and the magic woven into the jewellery.” After four months of calling every possible indigenous alliance, she made headway and Santa Isla — a way to showcase the Embera Chami’s incredible artwork — was born.

Five years later and Santa Isla is comprised of a core group of five beaders located in Colombia. While at the start, Sanchez merely suggested colour schemes to the women, after learning about the colours and patterns the Embera Chami use, she began to create designs that reflected her position as a Colombian woman living in North America.

“They gave me the green light and it was my chance to really let my imagination run wild,” Sanchez says. The Surya earrings ($75), done in vivid yellow and pink, are named after the goddess of the sun; the blue version, get the name of the water deity, Yemoja. Each pair took 10 hours to make by hand.

The bold shapes and colours of Santa Isla unsurprisingly draw a customer who is unafraid to stand out. Fans include Melanie Fiona, A Tribe Called Red, Dragonette, Angela Hunte and, of course, fellow Colombian-Canadian Lido Pimienta.

“I styled her for the Polaris Awards” Sanchez says, “and it was really special that she was wearing Santa Isla and NorBlack NorWhite.”

We couldn't imagine a better pairing.