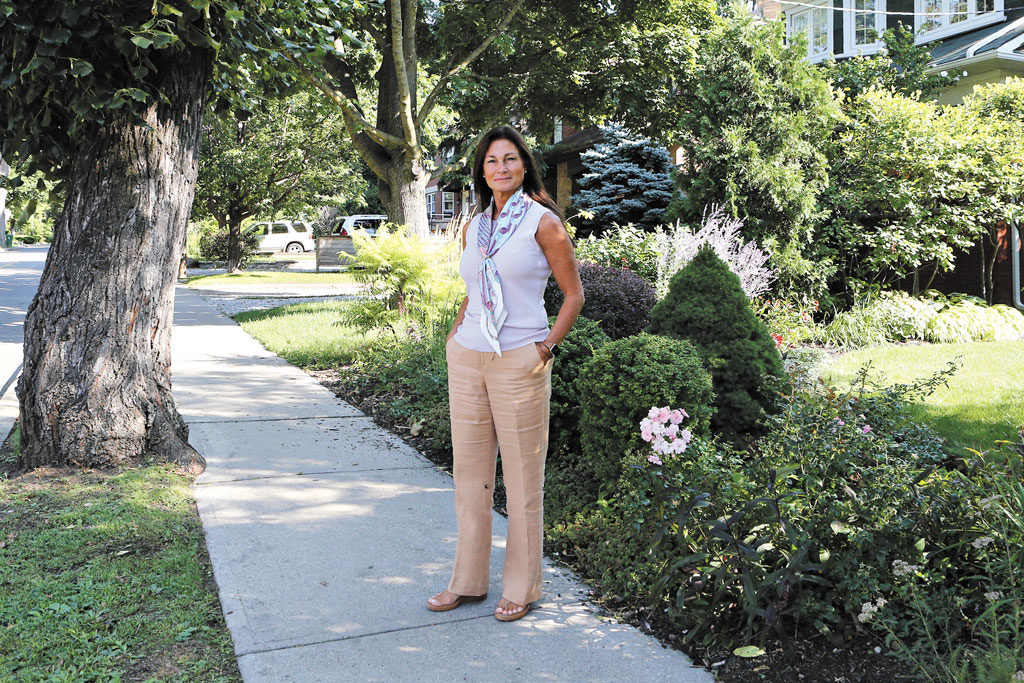 The quiet residential street of Humewood Drive has been recently disrupted by the purchase of a number of properties that were turned into Airbnbs. Now, neighbours complain of late-night parties, noise disturbances and even rat infestations at nearby homes.

However, new bylaws for short-term rentals have yet to take effect in the City of Toronto, leaving Airbnb operators and their neighbours in a legal grey zone.

Lisa Sabato has lived on Humewood Drive for 23 years. Her small neighbourhood has seen the appearance of three Airbnbs over the last year. All of these properties were purchased and remain operated by one owner.

“This is not that kind of neighbourhood,” said Sabato about Humewood Drive. “It is not just tourists. It is also locals that just need a house to party at.”

Sabato is fearful of how Airbnbs are changing her small, quiet neighbourhood. She said that, soon after the property owner put his second house on the rental platform, her neighbourhood saw a change.

“There was a bachelorette party where at 2 o’clock in the morning they were drunk and disorderly on the front lawns,” said Sabato.

At the house owned by the Airbnb operator that is directly next to Sabato’s home, other unwanted house guests have appeared.

“In 23 years, we have never even seen a mouse,” she said. “I have footage of the Airbnb guests who just throw their trash [around], and rats infesting it. So now he has a rat problem.”

“We have seen, in different communities, more in the downtown area –– not so much in the midtown area, but sometimes there as well –– Airbnb absolutely destroys street life and neighbourhood stability,” he said.

“There was a bachelorette party where at 2 o’clock in the morning they were drunk on the front lawns.”

The City of Toronto has yet to pass clear rules on Airbnb and other short-term rental programs. Last winter, Toronto City Council began the process, approving regulations, which, among other provisions, would have required operators to pay a Municipal Accommodation Tax of four per cent, and would have required operators to live in the property as the primary residence. However, after the regulations were passed, an appeal was made to the Ontario Municipal Board (OMB), and a hearing was scheduled for Aug. 30 and 31 of this year.

Mihevc was unable to identify who filed the appeal.

“We are very strongly opposed, as a city, to Airbnb where it is not someone’s principal residence,” said Mihevc, citing the traffic impact, potential noise complaints and other public nuisances.

A decision from the OMB will be released around eight weeks after the hearing. Because of the appeal process, any Airbnb that exists in Toronto before the decision at the OMB is finalized is technically considered illegal.

The Airbnb operator on Humewood, George (who did not want his last name published), remains adamant that he has a right to operate Airbnbs in the properties that he owns.

“There has never been any issues, never any complaints,” he said.

He is frustrated by the legal grey zone that he now finds himself in. He would like a legal right to continue to operate his Airbnbs, one that involves paying extra tax in exchange for a licence.

“With the appeals in process, it can take another eight weeks, minimum,” said George. “You have these people who want to pay extra tax, who may need some extra income and want to conform to the laws, but they can’t.”

However, Mihevc and Sabato are eager to see tighter regulations on the operation of short-term rentals, and they want to see the regulations passed by council.

“So our bylaw is before the OMB,” said Mihevc. “We look forward to the conclusion of that review, and we are quite confident that our bylaw will stand up.”