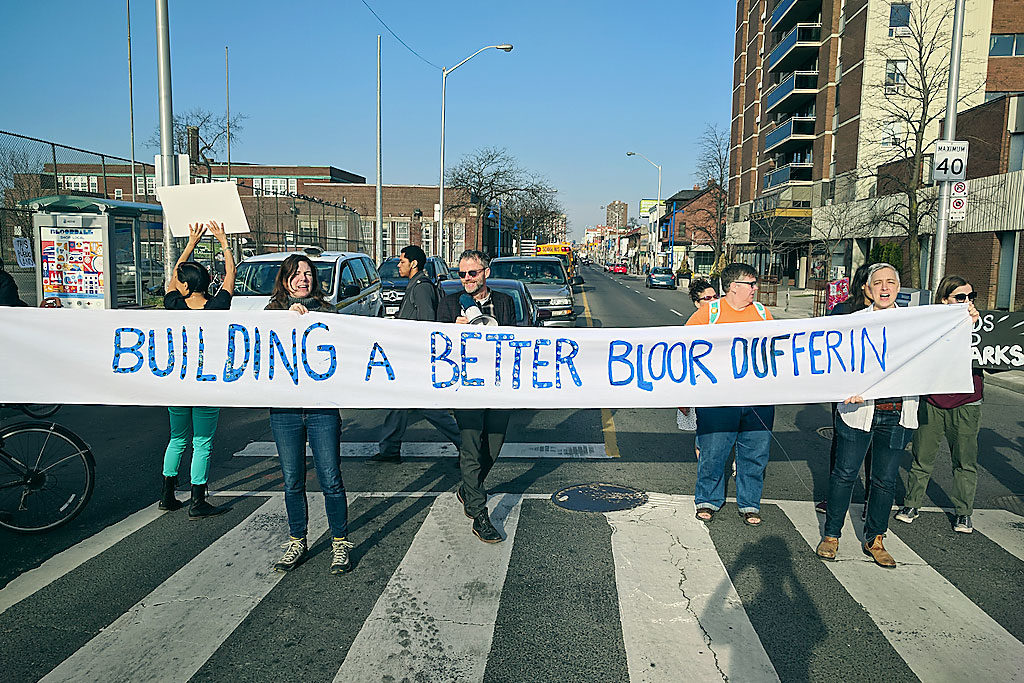 Community group Build a Better Bloor Dufferin (BBBD) held a rally in early May to oppose a massive redevelopment proposal and bring attention to issues such as much-needed park space, affordable housing and community services.

“The rally was a couple things,” said Nahum Mann, co-chair of BBBD. “We wanted to highlight the development, make sure that people knew what was happening and get more people to support our campaign for provincial intervention.”

The City of Toronto is reviewing an application to transform the southwest corner of Bloor Street and Dufferin Street, at 1141 Bloor St. W., into a mixed-use development that will include six new buildings ranging in height from six to 47 storeys, with 2,219 residential units.

Mann said residents were reassured during several community consultations over the years that the development would address some of their main concerns, such as affordable housing and green space.

“But when the proposal finally came out, we didn’t see any of those things included. There are zero rental units, and we don’t feel that the park space is ample enough,” Mann said.

Bloor Collegiate Institute and Kent Senior Public School sit on the 7.3-acre property, which was formerly owned by the Toronto District School Board (TDSB). The site was sold to Capital Developments and Metropia for $121 million in 2016, and the high school will be demolished as part of the proposal. The TDSB agreed to sell the land with the stipulation that 30,000 square feet of space be allocated for a community hub. The province has committed $7 million toward the new centre, and the developer has proposed to convert Kent Senior Public School for that purpose.

“I don’t think there is anyone at the table that thinks [$7 million] is going to be enough funding to build a space that is going to support the local organizations,” Mann said.

In the meantime, councillor Ana Bailão, of Ward 18 Davenport, moved a motion at Toronto City Council to request funding from the federal government’s National Housing Strategy to build affordable housing on the Bloor-Dufferin site. It was adopted on May 22.

Bailão also noted any funding from Section 37 of the Ontario Planning Act — money negotiated from developers in exchange for additional heights or density —  can be used at the community’s discretion.