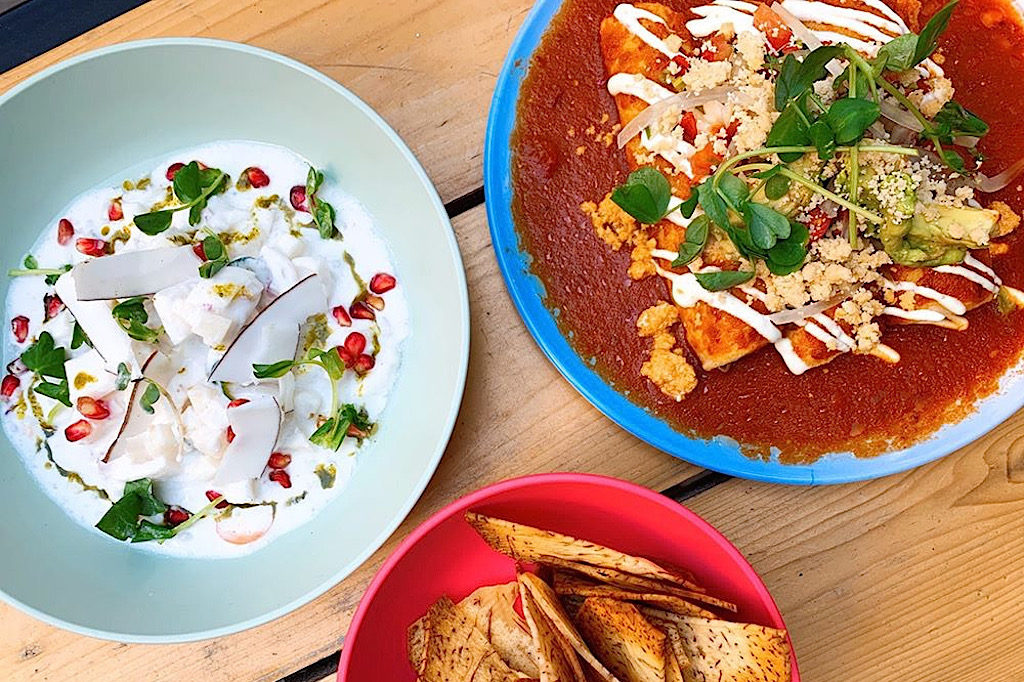 It seems that all of Toronto’s biggest culinary names are hopping on the plant-based bandwagon. From Grant van Gameren’s Rosalinda, to chef David Lee’s Planta Queen, it was only a matter of time before Top Chef Canada contestant, chef Elia Herrera got in on the action.

LosCo Vegan opened on Oct. 16 and is the newest project from the trailblazing female chef. This is Herrera’s second venture in Assembly Chef’s Hall, Adelaide’s fine dining food court with stalls from some of the city’s best restaurants like DaiLo, Khao San Road and The Good Son.

This Mexican-inspired spot is a little different than Herrera’s previous projects. Using inspiration from her Mexican heritage, this restaurant draws on Central American flavours and ingredients, while incorporating new techniques and preparations better suited for plant-based cuisine.

LosCo Vegan is serving a selection of vegan dishes that differ from the taco-focussed menu at Colibri or the traditional Mexican menu at her now closed, Los Colibris. LosCo will serve all-day breakfast. But instead of meat-heavy dishes like the chorizo — which was made with scrambled eggs, refried beans, two quesadillas and Mexican sausage — Herrera will be focussing on healthier alternatives and more ingredient-driven items, like young coconut ceviche, acai bowls and coconut chia bowls.

This new project is also bringing Herrera back to her roots as a pastry chef. LosCo will feature a collection of sought-after baked goods, including an all-vegan churro twist, that’s sure to have people lining up.

Visit this new spot in Assembly Chefs Hall at 111 Richmond St. and follow along for more info and new menu items at @loscovegan.