Losing our religion, part two: the case for preservation | TRNTO.com
Skip to content 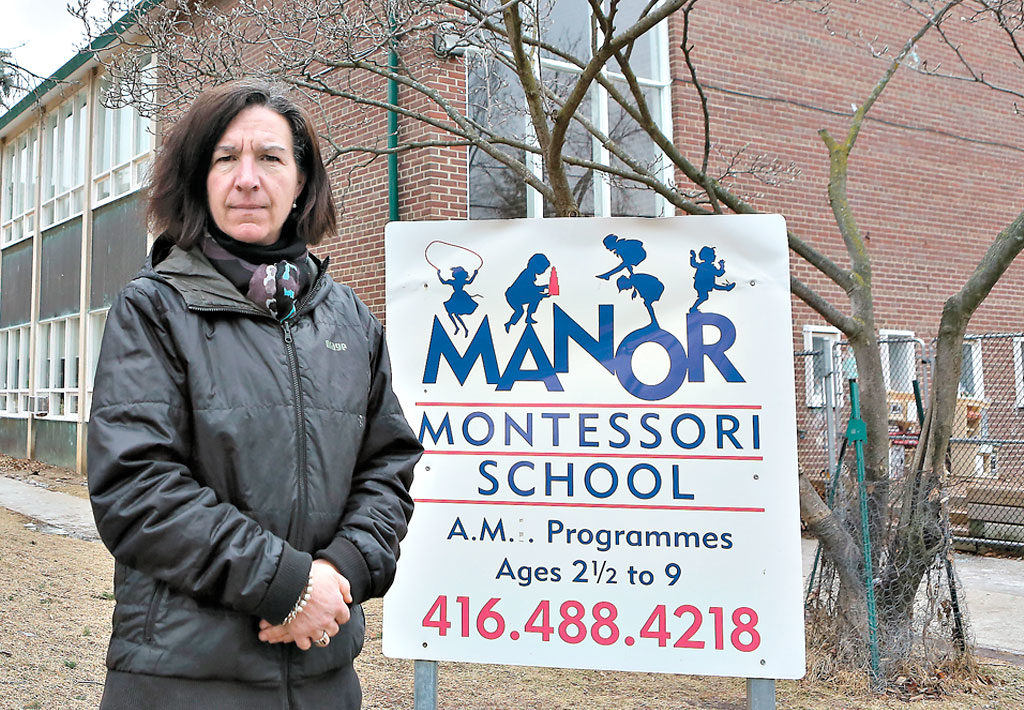 Inside a United Church building at Manor Road and Foreman Avenue in the Davisville Village neighbourhood of Toronto, the striking sound of badminton birdies being smacked can be heard while sneakers screech on the ground.

The sound of children laughing or lining up is another regular soundtrack played at this uptown facility. In the course of a week, the church and its adjacent building will operate as anything from a Brownies meeting spot to a place of worship to a badminton court. But that could all change in the near future as this church, like so many others in Toronto, faces the imminent threat of being sold to developers and torn down.

Churches have been losing their place in Toronto for years. As congregations continue to shrink, churches are becoming less able to support themselves and are faced with the hard choice of selling their land or repurposing it in order to survive.

Recent closures include the Deer Park United Church set to become a condo as well as the former First Church of Christ, Scientist on Chatsworth Avenue where another condominium has been proposed and is headed to the Ontario Municipal Board.

“It changes the community. What we need is more parks, schools and community centres,” said Catherine Alonso, a resident and mother of two children who uses the facility, “not to be tearing them down.”

But that’s easier said than done as many churches reside on prime real estate.

“We have as part of our official plan … an exercise underway to review our neighbourhood policy to make sure that we are recognizing the uniqueness of each neighbourhood,” said Jennifer Keesmaat, chief planner for the City of Toronto, in response to this growing trend.

Keesmaat could not say which United Church locations could soon be up for grabs, only that she knew several were looking to repurpose or sell. “One area we are going to be looking at is a statement in the policy that would encourage these places to remain as community amenities,” she said.

Although many communities have been built around churches and schools, which often function as quasi–community centers, current neighbourhood policies do not specifically address churches. Policies address some issues surrounding development, such as intensity and zoning. But there is now a recognized need to develop specific policies to address what to do when church land is for sale. “Recognizing that these are often sites that have an important community amenity for the neighbourhood, if that site plays a key role in the community, to make sure that it continues to do so,” Keesmaat said.

Keesmaat and her team have been hearing recommendations from various residents’ associations, city councillors and experts on what could be done to protect these spaces from being entirely lost to the private development sector.

“The question is how do you protect community space when they have to shut down completely.”

The United Church sites in particular have functioned as community centres across the city where a wide array of activities take place, from seniors dancing to scouts to recovery programs to meditation classes. If you walk into any one of the many churches located throughout Toronto, you will notice a bulletin board packed with events the public can enjoy. The churches are often beautiful structures, too. Some date back to the late 1800s.

“There are many examples of churches basically saying, ‘We’re done and we need to sell the property,’ ” Coun. Josh Matlow said.

“What can we do to make sure that we can make sure we still have community space? Where will the Brownies hold meetings? That question has not reasonably been answered yet.”

Matlow is currently working on a plan with the Manor Road United Church to avoid its sale to a townhouse developer. He hopes the city can purchase the land and then maintain it as a public space and large park area.

The plan is still in the early stages but would be funded by a parks and acquisitions fund whose monies come from developer’s fees so that taxpayers would not be held responsible. So far, Matlow said the church is very interested in keeping it away from the developers currently vying for the land.

“This is very unique, because we were proactive, and we’ve got a church that is being very civic-minded, and I love them for it,” Matlow said.

A Montessori school at this location services 70 families and offers teenagers in the neighbourhood opportunities for employment. The principal is very concerned about the fate of their school.

“This is a real hub for the community and has also been a huge community builder,” said Dana Stewart, the principal of the  Montessori school. “There are moms who have started book clubs, people who meet here. If they take down this part of the building, we wouldn’t be able to do anything like that,” Stewart said.

Matlow said, despite the positive outlook for this church, there will need to be compromises that are made. It is almost inevitable that some of the building will be lost, so they are looking at new ways to make room for everyone. This includes having removable church pews, so when church is not in session, they could be pushed aside to make room for Scouts or whoever needs the space.

But other situations (and certainly more commonly) will not see any of the church space left behind.

“The question is how do you protect community space when they have to shut down completely and are no longer going to be on the site at all,” Matlow said.

He believes this is where changes to neighbourhood policies are especially needed.

One suggestion has been the requirement of having policy written into the title, so that, even if the land is sold privately, some piece of it must remain forever available to the public (known as privately owned publicly-accessible sector, or POPS).

“The city now needs to be proactive, to protect the space no matter how it is repurposed in the future.”