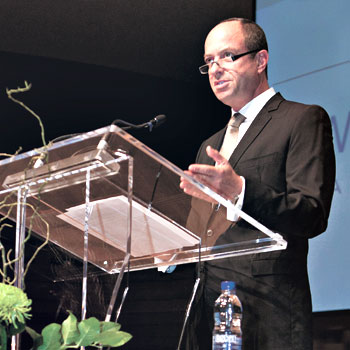 Last month, the life of one of the area’s most respected real estate developers ended after a small plane he was travelling in crashed en route to Quebec City. Local resident Paul Oberman was the CEO of heritage development company Woodcliffe Properties, and many say he set the standard when it came to revitalizing and preserving Toronto’s old buildings.

“There’s probably a number of developers around the city scratching their heads, wondering what was his secret,” said Peter Ortved, chair of Heritage Toronto. On a local level, Oberman was the driving force behind the old North Toronto railway station, now the Summerhill LCBO store. He also recently transformed the shops at Scrivener Square, a series of Midtown buildings on Yonge Street dating back to the 1890s better known as the Five Thieves. He was also responsible for preserving one of this city’s most well-known, unique and wedged-in heritage buildings: the Gooderham Building (commonly known as the Flatiron Building) at Church Street and Wellington Street East.

“It really came from a very deep passion Paul had for this kind of work,” said Ortved. “We couldn’t have asked for a better role model.”