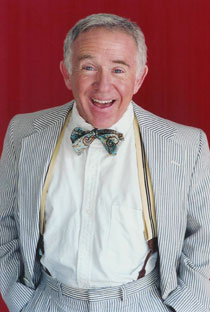 The name Leslie Jordan might have flown under your radar, but the face of this diminutive 55-year-old comedic actor is well known to fans of Will & Grace (as Beverley Leslie) and Boston Legal. Many years ago, after a warm response to his stand-up performance at a gay and lesbian comedy festival in Toronto, Jordan decided to make a career out of it. This Saturday, he makes his second trip to Toronto for a one-night, one-man show: Laughing Out Loud…and Proud! to raise funds for the Canadian Lesbian and Gay Archives.

What do you think of Toronto?
It’s kinda cool to be coming back to Toronto years later to where it kind of all started. I don’t really know the city. I’m like an aging show pony. They fly me in and trot me out. This weekend is particularly crazy. I get to Toronto at 3:30 in the afternoon, then I jump on a plane really early Sunday morning because I got a small part in Steven Spielberg’s new movie, The Help, about black maids in Mississippi. I’m the comedic relief, and apparently they need more of me.

How do you feel about being asked to perform for the Canadian Lesbian and Gay Archives?
I get asked to do so many charity events. This one really caught my interest. When I was growing up, so isolated in the hills of Tennessee, I thought I was the only queer on this planet. And so, to be able to pass something on to the next generation is very important. The operative word, when they asked me to perform, was “archive.” That’s what drew me to this project.

Do you prefer doing a solo show like this or an ensemble thing like Will & Grace?
Artistically, for me there’s nothing more satisfying than this kind of one-man show. The thing that brings me the greatest pleasure is the immediate reaction of the audience.

Do you stick closely to the script or is it a different show every night?
In New York or London, you will see the exact same show every night because I have people with cues who will freak out when I begin to improvise, because they’re like, “Oh my God, where’s he going?” But, like, in Toronto what I’ll do — which is so much fun — I take the audience and I have all these stories from my repertoire and I just riff. I love standing in front of an audience and tailoring the show to them.

Canadians are annoyingly eager to announce, of someone like Eric McCormack, “He’s Canadian, you know!” Do Americans make a distinction, or are we all considered “Canadian-Americans”?
I love Canadians. I’ve never met a Canadian I didn’t like. Canadians are like old hippies. Gay people able to marry, you guys are like “whatever.” Such a laid back country. And I have a crush on those Mounties.

You’ve worked with William Shatner. Can you name the awards show he’s hosting?
No!

The Genies.
What is it?

Like the Canadian version of the Oscars.
Wow! Is William Shatner Canadian? I enjoyed working with him. I like him. He’s funny.

Will there come a time when being gay is as widely accepted as being left-handed, and what would it take to get there?
I can’t believe you just said that! I’ve always said that I would love for a parent to say, “I think my child is going to turn out gay” the way you say, “I think my child is going to be left-handed.” Not so much with pride or shame, just that it is. And yes, I think that’s coming. Absolutely. I think even in my lifetime. Wonderful question! Thank you for asking me.