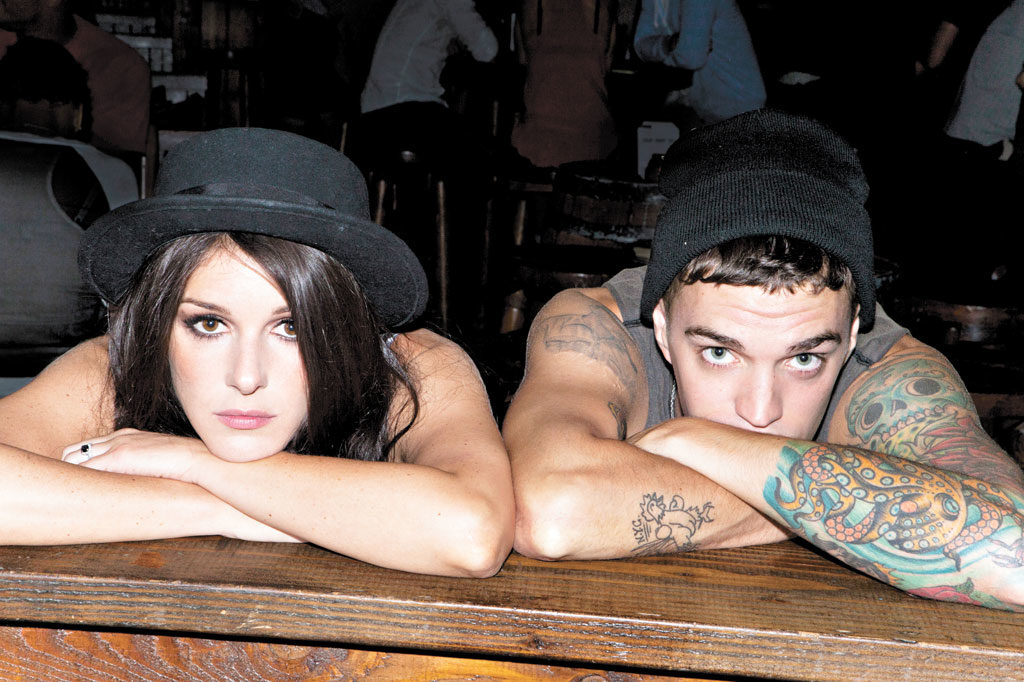 Josh: We met in New York through mutual friends, and it was a pretty much love at first sight kind of thing. Well, love in first night I would say.

Shenae: We had been speaking on the phone for weeks, but it was kind of like a blind date all over again.

Josh: We remember really enjoying each other’s company from that first night, but we didn’t really know why. So I flew back to New York, and we went to a really dirty dive bar and spent the whole night drinking, eating and laughing.

Shenae: We spent the first month together on the road. I had to be in New Orleans, then he had to go back to England. I had to be in Toronto, he had to go to Milan. I’ve never travelled to that many places in my life. What a great way to get to know each other: you’re flying with each other, you’re hotel hopping, it was a whirlwind.

Josh: There was no real proposal. We had definitely fallen in love with each other. I knew and Shenae knew we didn’t want to be apart, so we would jokingly say we should just get married. We were going to do the dumb and dumber wedding suits and run off and get married, and we both rung our moms and said we were going to do it, and they were like no, no, no! The actual proposal was the night before she left Milan, after we had spent a month together, and I broke off my chain — we didn’t have a ring or anything — and put it on her as a ring and said, “Let’s do it.”

Shenae: I wore that chain around my finger for months.

Josh: We were married in Ashford in Kent [United Kingdom]. Shenae had never really thought of getting married, ever. Yet Shenae had a really strong idea of what she wanted.

Shenae: It was so weird because I had never thought I would ever get married. Then once we were engaged, I thought The Secret Garden. That was my favourite movie, so we had to get married in the secret garden.

Josh: So my mom found the secret garden. essentially, and we got married there a year later.

Josh: I think, for us, we really want to push each other to be the best at what we do.

Shenae: And we want to push each other to be the best people we can be. I feel just so much more confident as the woman that I am since finding my better half to constantly teach me, and I learn something about myself and our relationship every day.

Josh: I think our main goal is, if we can make each other laugh no matter what happened that day, at some point in that day, then we are good.

Josh: I would just say, if it doesn’t feel right even just a little bit, then it’s not right. We’ve both been in relationships in the past and it doesn’t go anywhere because it wasn’t right. If it’s not your soul mate, what’s the point?

Shenae: We love seeing couples that have been together for 50 years, and you ask them how they do it. They say they’re each other’s best friends and they laugh.

Josh: Keep laughing, and if there’s any doubt, sack them off.