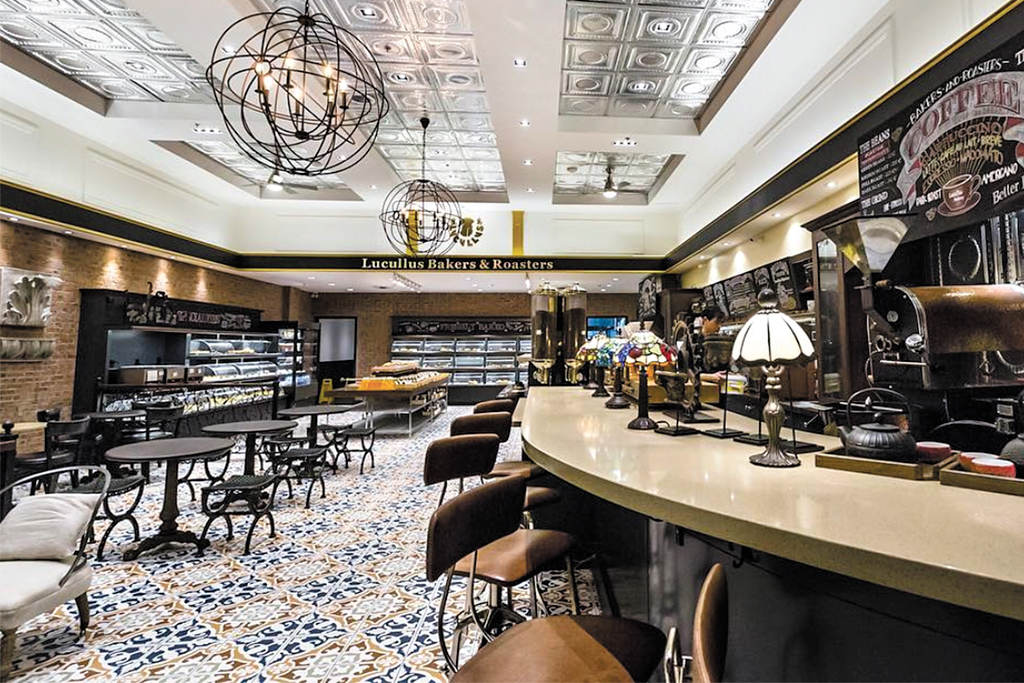 Stone Yu’s initiation into the world of baking came early. Much of his childhood was spent in the kitchen of his family bakery, learning from a team of Hong Kong–born chefs. Yu’s parents opened Lucullus Bakery in 1991 after moving to the Greater Toronto Area from Hong Kong. He later refined this hands-on education, studying the culinary program at Le Cordon Bleu Ottawa Culinary Arts Institute.

Now as CEO of Lucullus, which has since opened additional locations in Richmond Hill and Unionville, Yu is focused on finding a balance between tradition and innovation. He says that in Toronto, and even back in Hong Kong, many bakeries have shifted over the years to reselling premade frozen products. Lucullus sets itself apart by steering clear of these shortcuts.

“We do the important parts by hand,” says Yu, explaining that the bakery makes as much as possible from scratch, including bun fillings, breads and pastries. “We make our puff pastry for our egg tarts every day. That recipe has stayed the same for 30 years,” he says. “We also roast the pork that goes into our BBQ pork bun filling every day.”

Although staying true to traditional Chinese baking ingredients and techniques is important to Yu, he’s also dedicated to continuously revising old recipes and developing new ones.

“Recently I’ve been taking a lot of inspiration from Japanese and Korean baking,” he says. “I try to learn interesting things and see what I can incorporate into our selection.”

He aims to eschew trends in favour of creating a community hub, where customers can stock up on fresh, high-quality baked goods every day.

“If a store is chasing Instagram fads, I’ve seen many of them have to close down. They don’t have longevity,” he says. “We make our bakery a daily product. We want to be the neighbourhood bakery that’s almost like a grocery store.”

With Lucullus celebrating 30 years in business this year, Yu has his eye on the future. There are plans in the works for two more locations to open in 2021, including one in North York’s Willowdale neighbourhood set to open this spring.

Yu also has a vision of franchising the bakery, providing an opportunity for other GTA families to own their own business.

“Starting a business like ours in Canada is a lot more difficult now than it was 30 years ago,” he says. “The franchises could empower a lot of people.”