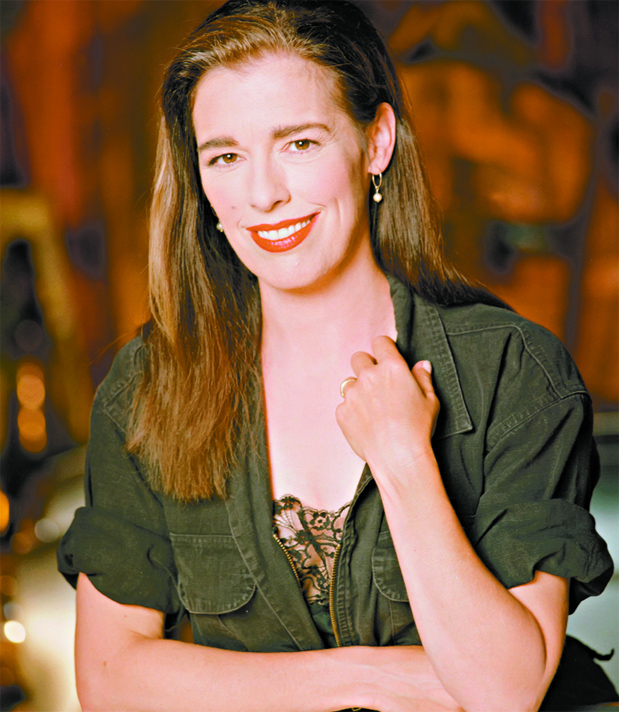 It was at 17, while at a summer camp north of Richmond Hill, that Mag Ruffman found the first of her two great lifetime loves. It was inside the camp’s large, wood-panelled and wood-floored communal shower facility where she discovered it in the most unlikely place — born out of dirty and damp necessity on the shower room floor.

Needing a place to hang towels while she and her cabinmates showered, Ruffman used an old hand-cranked screwdriver and slotted screws — all tightened so the grooves lined up horizontally — to install towels hooks on the shower room walls.

For any Canadian with a television set during the early to mid ’90s, Ruffman is immediately recognizable as her Road to Avonlea character, Olivia King Dale, the role she played opposite Toronto’s Sarah Polley (as Sara Stanley) from 1989 to 1996. And while it might be easy to assume that the role — set in the fictional small town of Avonlea, P.E.I., in the early years of the 20th century — was foreign to Ruffman, the environment in fact bore a striking resemblance to a place she knew very well.

“Richmond Hill was Avonlea when I was a kid. It was the tiniest little town. Everybody knew everybody, and everybody gossiped. And there was a person who was just like Eulalie Bugle, and there was another that was just like Rachel Lynde. It just absolutely was Avonlea.” Ruffman has fond memories of those days — of growing up on Highland Lane and attending McConaghy Public School, the 12-mile bike rides to Bruce’s Mill as an 11-year-old and captaining the cheerleading team at Richmond Hill High School “back when you didn’t need to be pretty, you just needed to be loud.”

“I loved my childhood,” she says. “It was all fields and rivers and open land. And we would just be gone at dawn, and we wouldn’t get home until the street lights went on. We’d always pack something to eat and just roam. It was a fantastic childhood. I loved it.”

Acting was hardly the plan for Ruffman. She enrolled as a physical education student at the University of Toronto, but it was a different kind of career that first brought her onto the stage and into the spotlight. Looking to pay her parents for tuition after graduation, Ruffman entered Yonge Street’s Limelight Dinner Theatre to apply for an advertised receptionist job. A high school friend, however, had other ideas and suggested Ruffman audition for the theatre’s next show.

“I fell into acting,” she says. “I was supposed to end up teaching phys. ed., but fate intervened.”

A slew of movies and commercials followed until eventually Ruffman met producer Kevin Sullivan, who would cast her in Avonlea. The rest, they say, is historical fiction.

While on a trip to California in the fall of 1989, Ruffman met Daniel Hunter, a construction worker, at a Halloween party. The two were married three weeks later.

In Hunter, Ruffman had found both her second great love and, in the process, rediscovered her first, found at camp years before. “Daniel couldn’t take time off every time I was home, so I’d just go to work with him so we could be together,” she says. “I’d fly to California any time I had a few days off from shooting.”

For the next seven years, Ruffman worked alongside her husband on construction sites, eventually obtaining her contractor’s licence. When her work on Avonlea ended in 1996, Ruffman moved into home repair shows, trading Olivia’s corsets and bonnets for coveralls and boots in the process.

“Olivia is inside me, and I can pull back a few of the shutters on this big room and let Olivia come out, or I can close those and let the little hellion jock with a giant reciprocating saw come out,” she says. “We all have a billion facets.”

Combining her onscreen talents with her love for working with her hands, she spent five years as creator, producer and host of the do-it-yourself show A Repair to Remember and later the Gemini-nominated workshop show Anything I Can Do on W Network. She is the author of two books, How Hard Can It Be?, a collection of home improvement and repair jobs for beginners, and We’re All in This Together, a biography about her close friend Steve Smith (of Red Green Show fame). ToolGirl, her latest adventure, is an online resource containing “luminous prose about power tools, home repair, creativity and making stuff.”

Ruffman is currently in talks for a 25-stop, cross-Canada television production next year to coincide with the 25th anniversary of Habitat for Humanity, an organization she has been involved with since 2003.

“I’m finding my way back to TV, which is really nice, and I’m doing it in a really backdoor way,” she says.

“Some of the stories I hope to be shooting are those small-town stories that will be just as touching as Avonlea but with real people who are going through stuff.”

According to Ruffman, the show will help plaster a hole in current home repair programming, the gap between hard-core home renovation shows, such as Holmes on Homes, and home decorating ones, such as Sarah’s House.

And from the response she has received so far — from sold-out home show seminars to being constantly approached and thanked on the street — “the rest of us” seems like a pretty big demographic.

“I hear it every time I go out in public,” she says: “‘Because of you, I did this.’ I mean, I don’t count them up or keep track of them in any way, but it’s nice that what I’m doing is effective.”