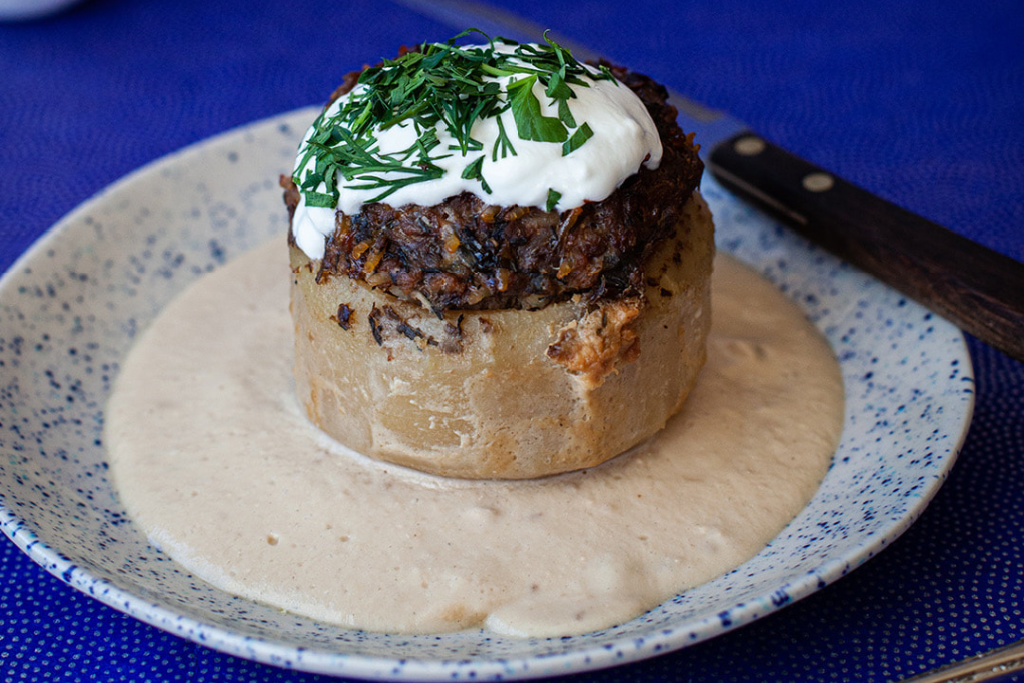 Chef Haan Palcu-Chang is going back to his roots with his new pop-up Mamaliga Romanian Kitchen. Born to a Romanian mother and close with his maternal grandparents, Palcu-Chang was raised on cabbage rolls, apple cake and root vegetables. He began to focus more on Asian-influenced cuisine during his training and career (Toronto foodies will know him as the chef de cuisine from Favorites Thai BBQ on Ossington) but felt the Romanian community was being underserved in Toronto.

“It just felt like the right time to go back full circle,” says Palcu-Chang. Mamaliga offers a rotating menu, with orders opening each Wednesday for pickup the following week.

Palcu-Chang’s most popular dish is quintessential for Romanian-Canadians: sarmale, which are cabbage rolls made with a blend of rice and pork and served with polenta and sour cream on the side. No tomato sauce here, it’s the fermented cabbage that provides all the flavour.

Like many lockdown-driven pivots, Mamaliga has been popular enough that Palcu-Chang hopes it’s here to stay. He’s currently seeking spaces for Romanian BBQ patio pop-ups this summer, as well as hoping to expand the business into pre-made frozen meals.

In the meantime, Mamaliga has all of your courses covered: start with salata se ardei copți cu castraveți, a simple salad of roasted red peppers, cucumber, red onion, vinegar and olive oil; and finish your meal with papanași (Romanian cheese donut), which hinges on the contrast between the tanginess of organic sour cream and the sweetness of homemade Ontario sour cherry compote.

Preorders for week 3 of the pop-up are open until Sunday via Mamaliga’s website., with pick-ups scheduled for next Wednesday, March 31st at Sam James Coffee bar on Ossington (where Favorites is also located).