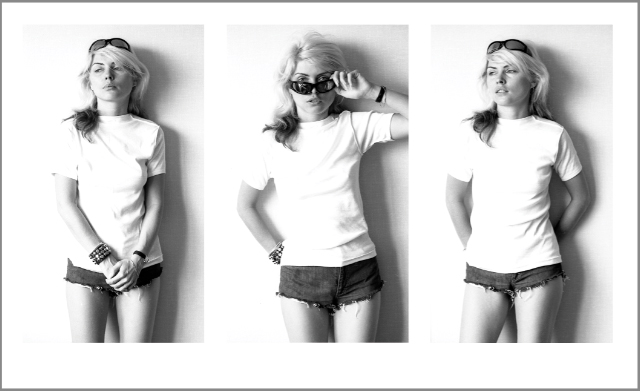 This month saw the Contact Photography Festival kick off in Toronto with over 1,500 artists across 175 venues, from billboards to subway platforms. Founded in 1997, the month-long annual festival calls into question photography’s fidelity to truthful representations.

Case in point: The late French photographer Robert Doisneau’s iconic image “Le baiser de l'hôtel de ville” (Kiss by the Town Hall) had critics wondering (long after it was published in Life magazine in 1950) if the couple’s passionate kiss in the busy streets of Paris was candid or staged. After all, only one in seven people marry the love of their life. And remember: Oscar Wilde was onto something when he opined that "life imitates art, far more than art imitates life.“

In honour of the largest photography event in the world, we’ve put together a brief overview of five stunning and sobering picks from 200-plus exhibits that you won't want to miss before Contact ends this weekend.

Surveillance
André Kertész
Stephen Bulger Gallery, 1026 Queen St. W.
From a woman sunbathing on a rooftop in New York's Greenwich Village to a pair of socks dangling from a window, the Hungarian street photographer’s black and white images reflect a carefully orchestrated distance. As a young adult, Kertész’s failure to hold onto a job and interest in art rendered him an outsider. Deeply intimate and somewhat voyeuristic, Surveillance aptly explores that dichotomy. May 2 – June 20.

Bright Lights Dark City: Niagara Custom Lab and Toronto Experimental Film
Daytrip Collective
Gladstone Hotel, 1214 Queen St. W.
Auteurs will appreciate photos that capture the anarchic spaces of Parkdale’s Niagara Custom Lab, circa mid-90s, and the culture it cultivated with the veritable palette of nine artists, emerging and established. We love Michael Barker’s images for being slightly reminiscent of Andy Warhol’s pop art, and the exhibit in its entirety for putting the spotlight on one of the last places in Canada still faithfully processing celluloid. After all, it’s hard to resist the stuff films like The Three Stooges were made of. May 1 – 31.

Negative Exposure
Randy Grskovic and Wil Murray
Katzman Contemporary, 86 Miller St.
The exhibit puts the silver gelatin print as a canvas front and centre, transporting us back to the era of darkroom analogue photography. Randy Grskovic cut and spliced negatives with Scotch tape to distort reality, while Wil Murray painted directly onto negatives with photographic oils to create painterly photographs. May 2 – 30.

Women in Rock
Group exhibition
Analogue Gallery, 673 Queen St. W.
Visitors will find a mix of over 40 iconic photos celebrating legendary women who have shaped the history of music, from Tina Turner to Stevie Nicks and Joni Mitchell to Diana Ross. The exhibit also pays homage to the photographers, both male and female. April 30 – June 14.

Truthful representations or not, the late American photojournalist Dorothea Lange put it best when she wrote that “photography takes an instant out of time, altering life by holding it still.”