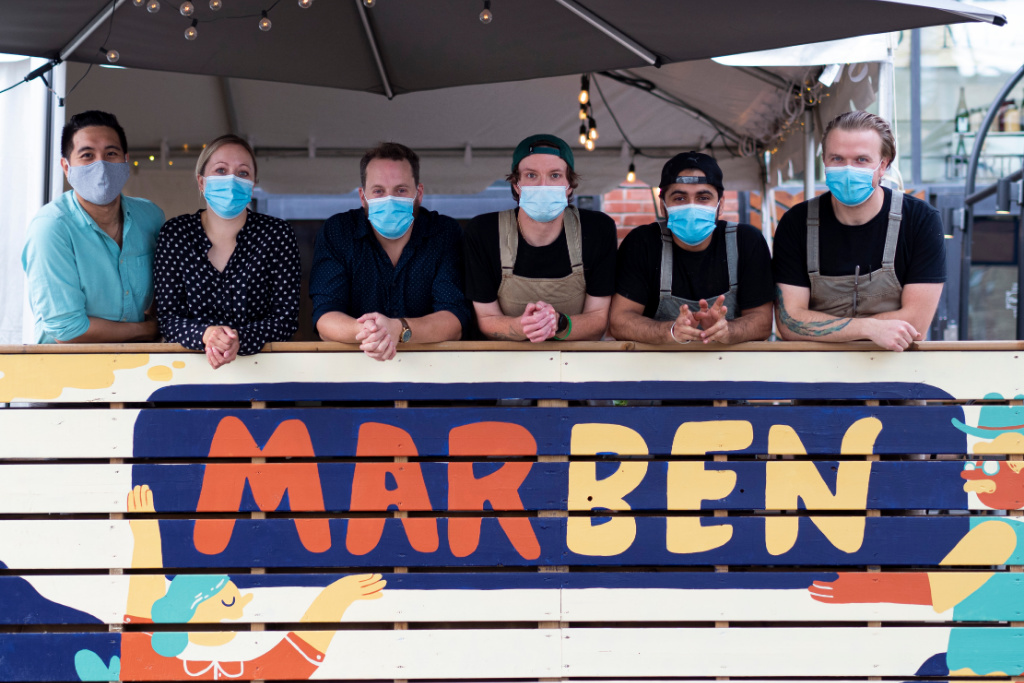 Toronto restaurant Marben has removed itself from the SkipTheDishes platform in the wake of the app’s attempted partnership with the LCBO. Plans for LCBO delivery through SkipTheDishes have been put on pause by the Ontario government in response to blowback from the restaurant industry.

Marben felt that “SkipTheDishes has shown little regard for small business,” according to a post on the restaurant’s Instagram. Marben’s wine director Sean Turner points to the fact that it was the government that put the partnership on hold, rather than SkipTheDishes responding to the negative reception the deal received from its restaurant partners. “I think they made it clear that their interests aren’t aligned with ours,” says Turner.

A post shared by Marben – Bar and Dining (@marbenresto)

SkipTheDishes is the first and only third-party delivery service Marben had partnered with (they also work with Ritual for pick-up orders). When the arrival of the pandemic in March drove Marben to focus its efforts on takeout, Turner says the restaurant chose to sign up with SkipTheDishes because they wanted to support a Canadian business (Skip is based in Winnipeg), over American imports like Uber Eats and DoorDash. The Marben team now feels that SkipTheDishes doesn’t share its value of supporting local.

Ontario does not offer licensees wholesale pricing through the LCBO, which means restaurants and bars pay the same price for liquor as the average retail consumer. The SkipTheDishes partnership would have put restaurants and bars in direct competition with the LCBO. “It’s competing with the only group that we can possibly buy from,” says Turner. “I think that’s why you’re seeing calls for wholesale pricing.”

Marben offers a range of local beers and wine, including sustainably sourced bottles, through its Marben Market bottle shop. Turner says Marben is still deciding how to move forward with their delivery program without SkipTheDishes. The restaurant is considering other third-party services, as well as the possibility of doing delivery in-house.