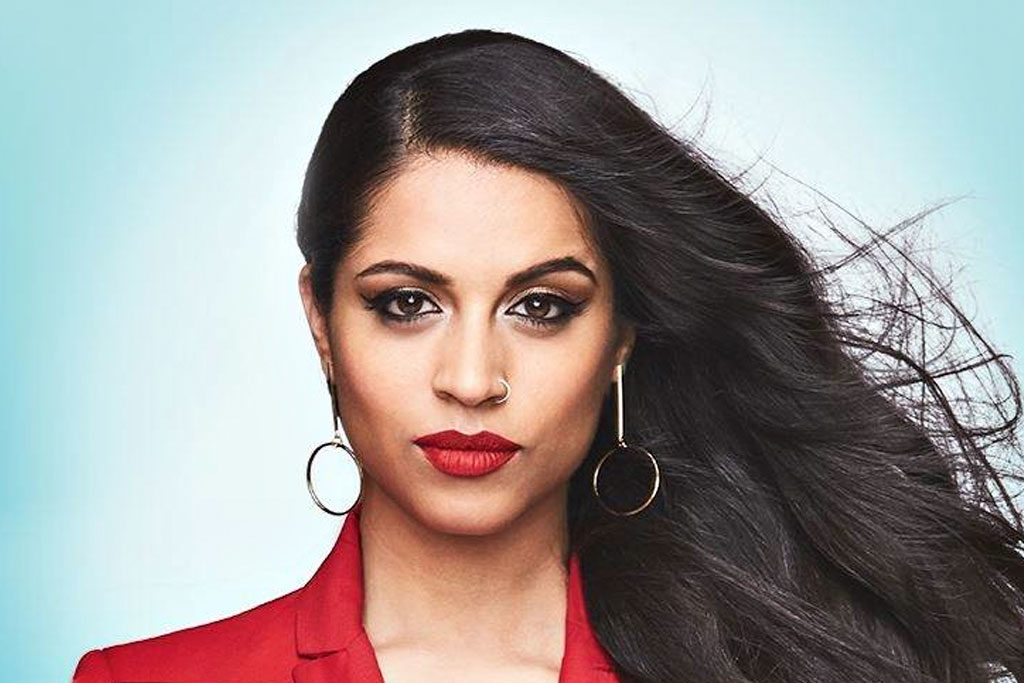 Mayor John Tory has floated the idea that Toronto could be branded as a “music city” with all the great musicians who perform here and the many (though shrinking) live music venues. But the case could equally be made to brand Toronto a “comedy city” with our long history of standup, sketch and improv greats.

There’s never been such a proliferation of comic talent. The volume is staggering; the quality equally so. Young, fresh talent is everywhere, in every medium. I’m going to pick out 10 young comedic minds to watch, but the list is deep, and my picks just scratch the surface. This list is in no particular order; don’t want to be caught in that trap!

Ann Pornel
The Globe and Mail called Ann Pornel “a right hot blast of funny” after her debut on the Second City mainstage. And this standout performer was once a member of the Canadian Comedy Award–winning troupe the Sketchersons and is still a regular sketch artist with the Flirty Boys. She just opened her second revue with Second City, Everything’s Great Again, in which I’m sure she once again shines above the rest.

Rodrigo Fernandez-Stoll
This young Toronto comic does the best Adam Duritz impression you will ever see. Why this actor, producer and director is now doing what may seem like a dated Counting Crows reference is moot, as the YouTube content he regularly produces is top notch.  Fernandez-Stoll consistently puts out new, hilarious and often bizarre videos. Noted and more mainstream is his short film Job Interview, which was selected for the Canadian Film Fest, North West Comedy Festival and the LA Comedy Film Fest, and which won the Canadian Comedy Award for Best Short (2015).

Nelu Handa
You may not know her name, but Nelu Handa wears many hats. In addition to being an actress, improvisor and writer, she is also the creator, producer and host of Yas Kween, a groundbreaking monthly night of comedy that showcases ethnic women. In the age of Trump, Yas Kween creates a safe space for women from different cultural backgrounds to share their voices and develop their craft through standup, sketch, improv and storytelling. The next Yas Kween show is scheduled for April 6 at Bad Dog Theatre.

Nadine Djoury
Another member of the Second City, this time with their national touring company, Nadine Djoury is no newcomer. She was previously a member of the popular sketch troupe the Weaker Vessels, but new additions to her list of credits include Canadian Screen Award nominee and winner of the Just For Laughs Web Pitch Program (2015) for Newborn Moms, which she co-created, wrote and stars in, along with Aurora Brown (Baroness von Sketch Show).

Lilly Singh
Clearly a legend in the making, Singh has become successful on her own, working tirelessly on YouTube and other social media  platforms to reach wide audiences around the globe. With a new book out this month, How to Be a Bawse, and many mainstream movie appearances, it looks like 2017 could be the year Singh achieves mainstream success. Until then, play catch-up by binging on her YouTube comedy skits or her first feature film, A Trip to Unicorn Island. Yeah, it’s kooky like that. Check out Singh as part of TIFF Next Waves on April 5.

Alice Moran
Another winner of Just For Laugh’s Web Pitch Program (alongside writer Jon Blair) is actor and writer Alice Moran.  From her humble beginnings as a member of Second City’s Touring Company, Moran found “fame” with her viral video Hogwarts: Which House Are You? and ultimately went on to win a Canadian Screen Award for Best Ensemble for her work on the prematurely cancelled Sunnyside.

Kevin Vidal and Christian Smith
Soul Decision Comedy Duo is the brainchild of Kevin Vidal (Second City, CBC’s Workin’ Moms and CTV’s Sunnyside) and Christian Smith (Second City and award-winning sketch troupe the Riot). Both Vidal and Smith come from diverse backgrounds of sketch and improv performance, which make their comedic stylings seem effortless. It’s no wonder Soul Decision was named Best of the Fest at Toronto’s Sketch Comedy Festival this past month.

Aisha Brown
Now a regular on the Yuk Yuk’s scene, a contributing writer for CBC’s Punchline and a performer with the hip-hop collective Runnin’ at the Mouth, Brown made her headlining debut at Kenny Robinson’s long-running Nubian Disciples All Black Comedy Revue. In 2016 she made her debut at Just For Laughs, with not only a TV taping, but also as a part of Kevin Hart’s Laugh Out Loud Network. Brown’s blend of sweet- yet-whip-smart quips on relationships and political observances make her one to watch for the future. Brown performs as part of Alt Dot Comedy Lounge on April 10 at the Rivoli.

Nigel Grinstead
Nigel Grinstead looks like the guy everyone grew up with “back home.” His hilariously imaginative take on life and undeniable charm have won over audiences at numerous comedy festivals across the country as well as comedy competitions, such as SirusXM’s Top Comic. Most notably, he was winner of the Just For Laughs Homegrown competition last summer. Grinstead is on his way to becoming the next household name in the standup world.

Jay McCarrol and Matt Johnson
McCarrol and Johnson started up a little web series in 2008 called Nirvana The Band The Show, which built up a small cult following. Nearly 10 years later, the show has found new life on Viceland as the edgy television company’s first original scripted series (and been renamed Nirvanna The Band The Show.) This seemingly improvised (but not) series follows the guys through Toronto with guerilla-style filming as they try to get booked at famed Toronto music venue the Rivoli. As expected, hijinks ensue. New episodes air Thursdays at 10 p.m. on Viceland.