The restaurant group behind Miku launches Marakatsu
Skip to content 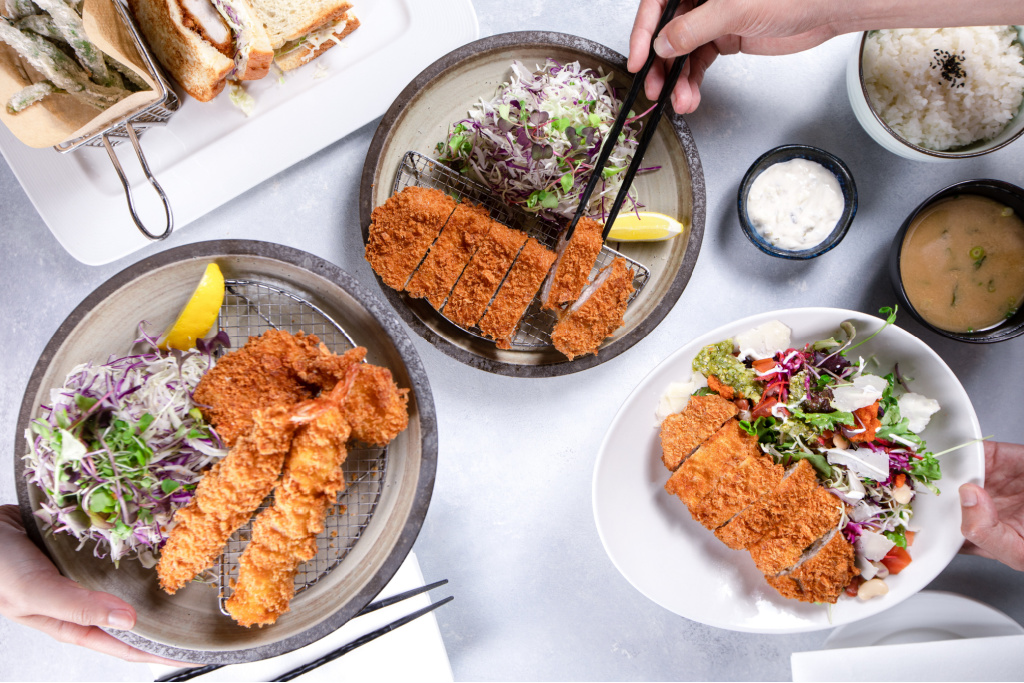 Aburi Restaurants, the hospitality group behind Toronto restaurants like Miku and Aburi Hana, is tapping into the city’s collective need for comfort food with its new pop-up. Hosted by Aburi Tora restaurant in North York, Marukatsu is a fun, fusion-style concept that blends Japanese and Mexican culinary influences.

The pop-up menu is focused on katsu, a deep-fried Japanese cutlet, which the Aburi team makes with a signature style of panko crumbs to give it a light, crispy texture. The deep-fried katsu slices are combined with fresh, Mexican-inspired ingredients. For example, the Marukatsu bowl features pork loin katsu drizzled with basil onion and tonkatsu sauces, sour cream, pico de gallo, all mixed with Grana Padano cheese, mixed beans, French dressing and steamed rice.

The menu also includes more traditional teishoku (meal sets), such as the seafood teishoku, which features golden pieces of Atlantic salmon, Hokkaido scallop and a daily feature fish served over a bed of steamed rice and cabbage with tartar and tonkatsu sauces.

The Marukatsu pop-up originally launched at Aburi’s restaurants in Japan and has also had a successful run at their Vancouver locations, leading the dishes to become a permanent part of the menu at Vancouver’s Gyoza Bar, according to Dean Harrison, national director of marketing for Aburi Restaurants Canada.

Harrison adds that with Torontonians mainly eating at home for the foreseeable future, the brand wanted to diversify Tora’s takeout menu, which traditionally focuses on sushi, to inspire diners and their chefs alike. “It’s an interesting kind of comfort food,” says Harrison. “It balances out quite nicely with the fresh and fried components.”

Marukatsu by Aburi Tora is currently available for order via UberEats and Ritual. There’s no official set end date for the pop-up, so get these fresh-meets-fried fusion eats while you still can.