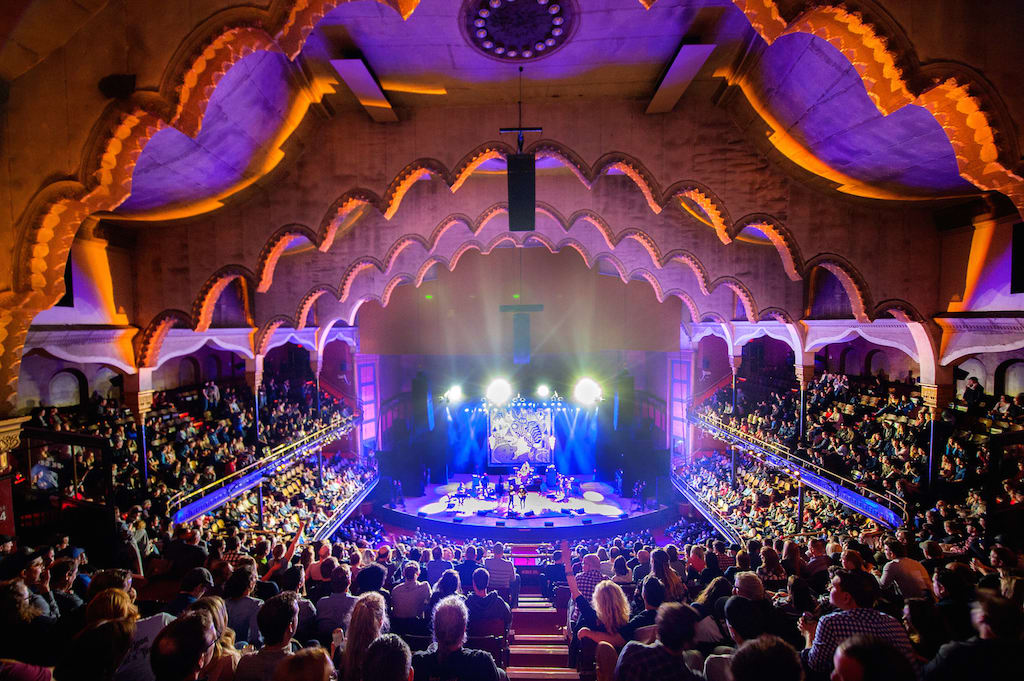 After an extensive three-year revitalization (and a pandemic mixed in along the way—small detail), Massey Hall is set to reopen its doors this November. They already have a list of over 40 artists slated to perform in the newly dedicated Allan Slaight Auditorium from November into the end of 2022 including Gordon Lightfoot, City and Colour and Broken Social Scene, to name a few.

“Today’s announcement feels like a homecoming for many artists whose music helped shape the legacy of this incredible venue, ushering in a new era alongside those announcing their Massey Hall debuts,” says President and CEO of Massey Hall, Jesse Kumagai. “The weeks and months ahead will reveal more exciting news as additional concerts are added to the Massey Hall schedule and we unveil details of Allied Music Centre’s new performance spaces.”

Today, the historic site on Victoria St. near the intersection of Yonge and Shuter Sts. is celebrating its 127th birthday after opening its doors June 14, 1894, when it christened the venue with a performance of Handel’s Messiah as part of a five-concert festival. Businessman and philanthropist Hart Massey built the hall in honour of his late son Charles Albert Massey, gifting it to the city as a space where “public meetings, conventions, musical and other entertainments, etc., could be given.”

The hall remains an iconic piece of Toronto’s history. During over a century of performances, Massey Hall has played host to greats like George Gershwin, Oscar Peterson, Bob Dylan, Neil Young and the list goes on.

The 17th Annual Andy Kim Christmas will also be returning to the hall at the tail end of 2021 on Wednesday, December 8. Created by Canadian artist Andy Kim and with proceeds going to CAMH’s Gifts of Light program, the music and variety show has featured some of Canada’s most beloved performers in the past like Sarah McLachlan, Barenaked Ladies and Russell Peters.

“I have longed to do the Christmas show at Toronto’s historic Massey Hall and with the support of Live Nation Canada, I am excited to be one of the first to perform after their restoration and bring The Andy Kim Christmas back in front of a live audience after many, many long months and hopefully raise an incredible amount of money for CAMH Gifts of Light,” says Kim.

So far, the show has raised a cumulative total of over $1.8 million, with $200,000 raised through the TV performance alone last year.

Gordon Lightfoot was the last performer to play at Massey Hall before it closed for renovations in July 2018, and in a full circle moment, he’ll be the first to welcome the community back on November 25, 26 and 27. The artist has been honoured with 15 JUNO Awards, five Grammy nominations and status as a Companion of the Order of Canada, and this will mark his 170th appearance on stage at the hall.

You can purchase tickets for all upcoming shows at Massey Hall by phone (416-872-4255) or online starting Monday, June 21 at 12 p.m. for the general public and June 16 at 12 p.m. for members. Tickets for the Andy Kim Christmas Show will be available at ticketmaster.ca beginning June 24.