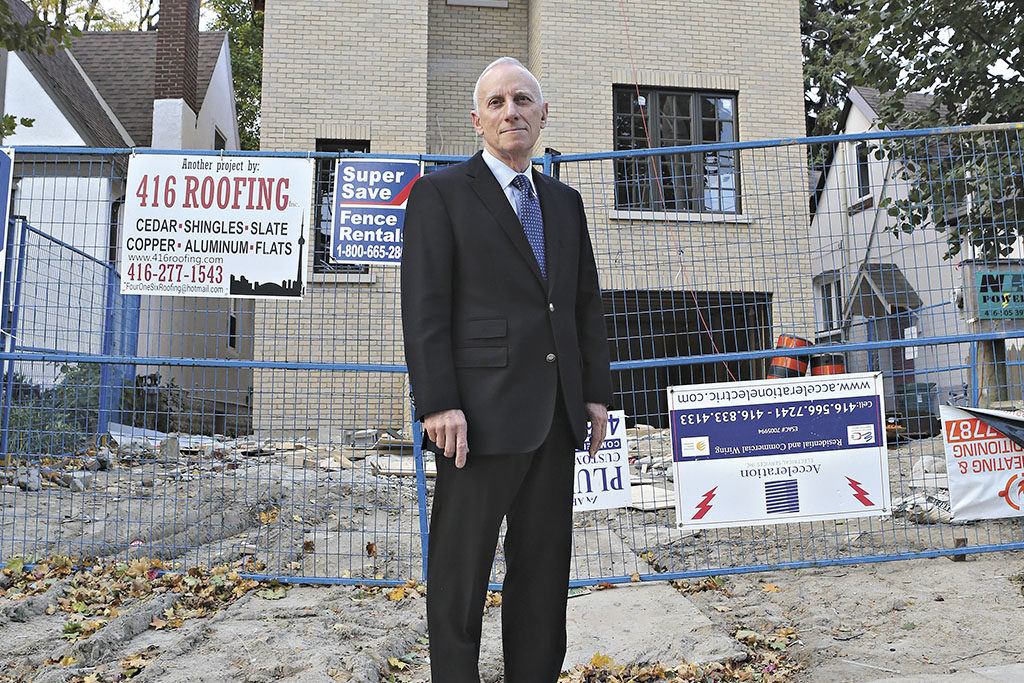 An increase in box-shaped rebuild proposals has Leaside residents worried about the changing character of the neighbourhood. Most recently, residents have found flaw with a proposal for a new house at 39 Sharron Dr., the current site of a revival-style brick bungalow.

This proposed build, which has a listed owner of Joint Venture Canadian LP, is the latest in a series of demolitions and rebuilds that residents deem unacceptable for the area. The neighbourhood is characterized by single-storey bungalows and two-storey historic homes, with bylaws dictating the size and and lot coverage of these properties.

“It is a design I like to call ‘I want it in a box,’ ” said Geoff Kettel, co-chair of the Federation of North Toronto Residents’ Associations.

In January, a similar proposal for 41 Sharron Dr., designed by the same architect, went to the Committee of Adjustment (CoA) and its requested variances were denied. The house is under construction, but smaller than intended. Nonetheless, it kept its box shape.

“So we have an issue already because this has happened before in our neighbourhood,” said Allan Parkin, Sharron Dr. resident and member of the Leaside Property Owners’ Association.

When the proposal came in for 39 Sharron Dr., Parkin and Kettel got proactive. They prepared a detailed presentation for the the CoA comparing this development with the previous rebuilds in the area, and Parkin presented it at last month’s CoA meeting, where the minor variances requested in the application were discussed. The application calls for a height of almost nine metres, a building length of 18.5 metres and a lot coverage of 38.6 per cent. These variances are in excess of the current zoning bylaws, which permit for a height of 8.5 meters, length of 17 meters and lot coverage of 35 per cent.

“Where we are right now with 39 is a request for a house even bigger than everything that has been denied,” said Parkin.

Kettel is spearheading a study in Leaside to designate the community as a heritage district, something that the Toronto Preservation Board approved last November. He hopes this will ensure that all future developments will respect the historic character of Leaside. Currently, the neighbourhood has no say in the style of architecture being proposed.

“The problem is fundamentally with the zoning bylaws that are allowing for the type of structure that simply does not fit in with the prevailing character of the neighbourhood,” Kettel said. “Even if there are no variances, it can be a problem.”