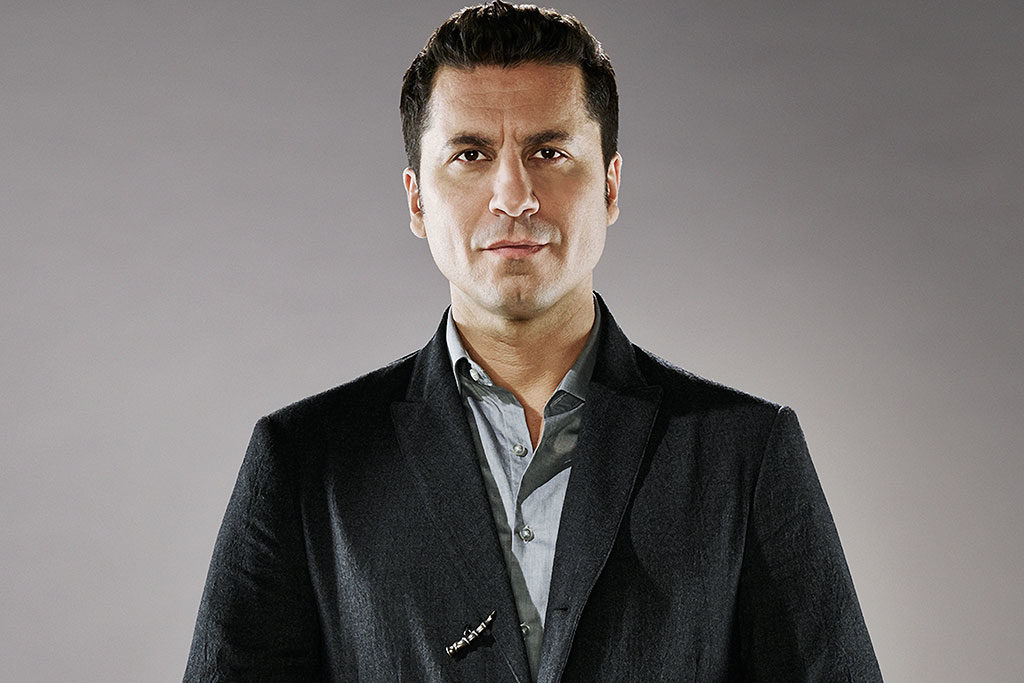 Claudio Aprile dislikes the term “celebrity chef,” a term he helped popularize with his groundbreaking molecular gastronomy and his suave mentorship on the hit television show MasterChef Canada.

Aprile, 48, was born in Uruguay and lives with his wife and children, Aiden and Isabel, in leafy Richmond Hill. He is one of the most popular chefs in the country, but that popularity, he says, began wearing him down. It led him to close his popular restaurant Origin and reimagine himself in the kitchen of Copetin, which opened this summer on King Street. The name, christened by his mother, means “community.”

“Everyone says, ‘Life is short,’ but doing the same thing for an entire lifetime can make that short life boring,” says Aprile, caught in a moment of reflection, much different than the aggressive young chef who first appeared on the Richmond Hill Post cover over a decade ago.

Some of his confidence comes from his refuge from Toronto in Richmond Hill, where he has raised his children. At night, after a long day cooking or making TV, he says he enjoys looking out his window and not seeing a single condominium building twinkle in his night sky.

“Richmond Hill, at least my neighbourhood, is from the 1880s — a lot of houses and trees and air and environment, and I think what I love best about my community is the open space,” says the chef.
Aprile’s confidence paired with his work ethic has led to his success, but the chef says he is beginning to take a new approach.

“In the past, I developed everything, and it would all trickle down and was generated by me — that’s the way I did it back then, but this is a different style, almost like the Group of Seven,” he says. “Here [in Toronto], we all have access to a great canvas. We’re all taking risks, and what brings me happiness is involving everyone in the creative process. It goes beyond monetary gain.”

Monetary gain is an interesting topic for Aprile, who stands in contrast to the 2017 vision of what it means to be an in-demand chef. Handsome and smooth, sensitive and ambitious, Aprile appears to be custom made for the Las Vegas expansions that have been making cooks into millionaires since Bobby Flay, Gordon Ramsay and Wolfgang Puck proved that kitchens could provide as many fireworks as a Kiss concert.

But Aprile’s upbringing was hardscrabble, and he doesn’t see himself as a star, a boldface name. No silver spoon, no stretch limousine. He sees himself, and the vocation of cooking, as being the domain of the working woman or man.

“I was raised by a single mother and grew up quite poor. I didn’t know my dad, and we were challenged. We struggled a lot, and for me, that’s part of my cooking approach, the way I approach food,” says Aprile. “I’ve worked in some of the highest priced restaurants in the world, including Toronto, where the average cheque could be $500 per person, and at the end of the night, I’d hop on my motorcycle and head home where, when I was a kid, our rent was $600 a month.”

In essence, it’s this anyone-can-be-great mentality that makes him so proud of his work on MasterChef Canada. The show — in which home cooks are given an open casting call to compete for Aprile, Michael Bonacini and Alvin Leung — has been praised for its egalitarian premise. Aprile is proud of both the show’s success and its tone.

“We don’t humiliate contestants. We celebrate these home cooks stepping out of their everyday life to chase an idea or an aspiration — it’s the perfect program for me to be on, and it’s allowed me to grow as a person. I think I’ve learned as much as the home cooks have,” says Aprile. “It’s also humbling when you see a home cook produce a dish that blows your mind. It shows you that you’re not so special, which is a good lesson.”

Aprile’s soliloquy represents a return to basics that finds its way onto his new autumn menu at Copetin. Where he once felt compelled to use nine ingredients, today he’s using just four, and though — almost more than anyone — he made his name on exuberant kitchen techniques in his molecular gastronomy, today he wants the ingredients, left alone, to do the work.

“Cooking isn’t an elite occupation — it’s incredibly hard; the hours are long; you’re constantly burning yourself. The whole idea of celebrity chef seems quite ridiculous. It’s a working-class occupation,” says Aprile. “Many cooks come from homes or environments where they’re just below the poverty line, and in a restaurant working with ingredients that are rare or beautiful, it’s an interesting dynamic. But in the end, really, it all comes down to the food.”

Copetin is a restaurant with different menus and different ideas commingling under Aprile’s roof. A joint project with Henry Wu, who he partnered with at Senses, the restaurant has a fine dining menu, but also an outdoor cantina, chef’s tasting menu and a happening bar. The menu tilts toward South American, tostadas, chorizo, grilled octopus, and has price points designed for inclusion. Local and Canadian ingredients are prioritized: the duck comes from Quebec, and the pumpkins, squash and root vegetables are from Ontario farms. Less is more on a 2017 plate from Claudio Aprile. Editing is his new indulgence.

“In the past, I’ve been accused of doing too much, now what we do in the kitchen is take away elements. Almost like creating a sculpture, I’m learning to convey what my message is with less,” he says, highlighting his duck, marinated for 24 hours in milk and spices and served with a Jerusalem artichoke and left alone on the plate. “Someone might look at the plate and be like, ‘Is that it?’ It takes confidence, when ideas are presented that way, but it felt like this was exactly the kind of thing it was time to do.”

Much is changing for Aprile in the kitchen, but his life at home is his escape from all the hustle and bustle.

“In Toronto, I’m the guy who owns Copetin and that guy who’s on MasterChef, and there’s a certain type of behaviour that you have to embrace when you’re in that zone, but in Richmond Hill, in my community, I’m not any of that. I’m just me. I’m Aiden and Isabel’s dad.”