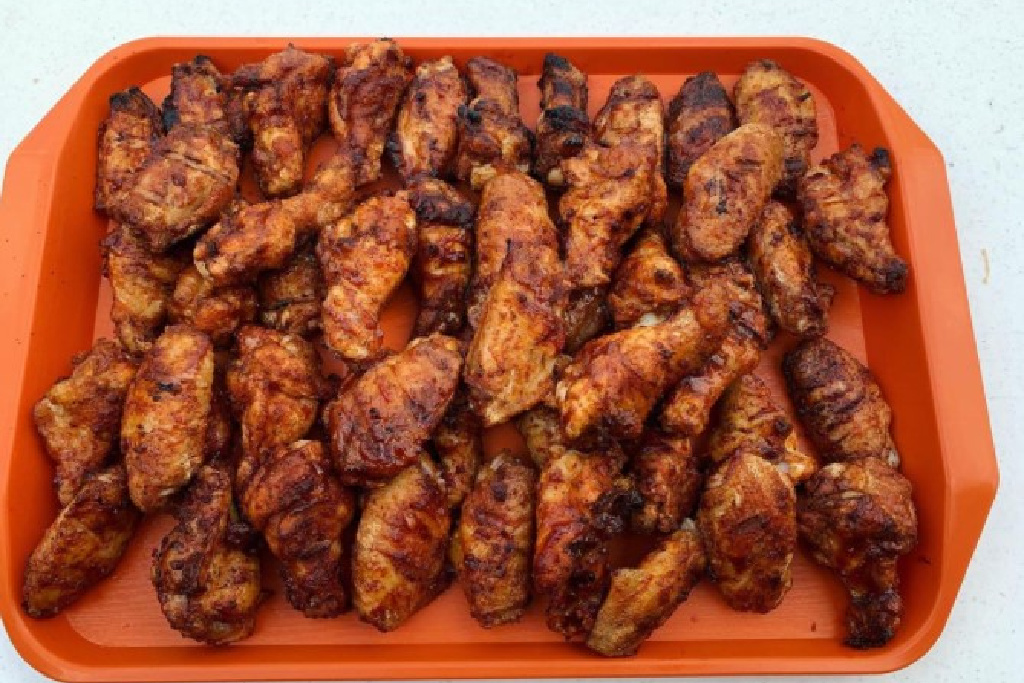 “I did a trial run from about February to June and during that time I was selling five to seven days a week and I would essentially sell out every day to my friends and family and whoever knew me,” says Horowitz.

After purchasing a second smoker, bringing on a restaurant industry friend to help him keep up with the orders and crunching the numbers, Horowitz decided to turn his hobby into a full-time career, quitting his day job and signing a lease to a commercial kitchen.

He plans to operate Matt’s Smokehouse mainly as a takeout restaurant but adds that the space has a few patio tables for outdoor dining in the warmer months.

The simple menu at Matt’s Smokehouse includes brisket and pulled chicken sandwiches, ribs, wings, and rotating weekly specials like jerk chicken sandwiches and sausages. Meats are smoked over a blend of apple, pecan and hickory woods.

“I do a mix of the three so it’s light but you still get that outer smoke,” Horowitz says. For sides, there’s homemade candy jalapeño cornbread and a Memphis-style slaw.

Horowitz says that his wings have already become a fan favourite because, unlike most barbecue joints, he smokes the wings rather than frying them. They’re seasoned with a dry rub and then coated lightly with a signature sauce on the smoker, which Horowitz says gives them a slightly caramelized exterior.

Matt’s Smokehouse is launching its online ordering platform tomorrow. The initial launch will be for pre-orders only, but Horowitz hopes to start taking same-day orders as well next month.