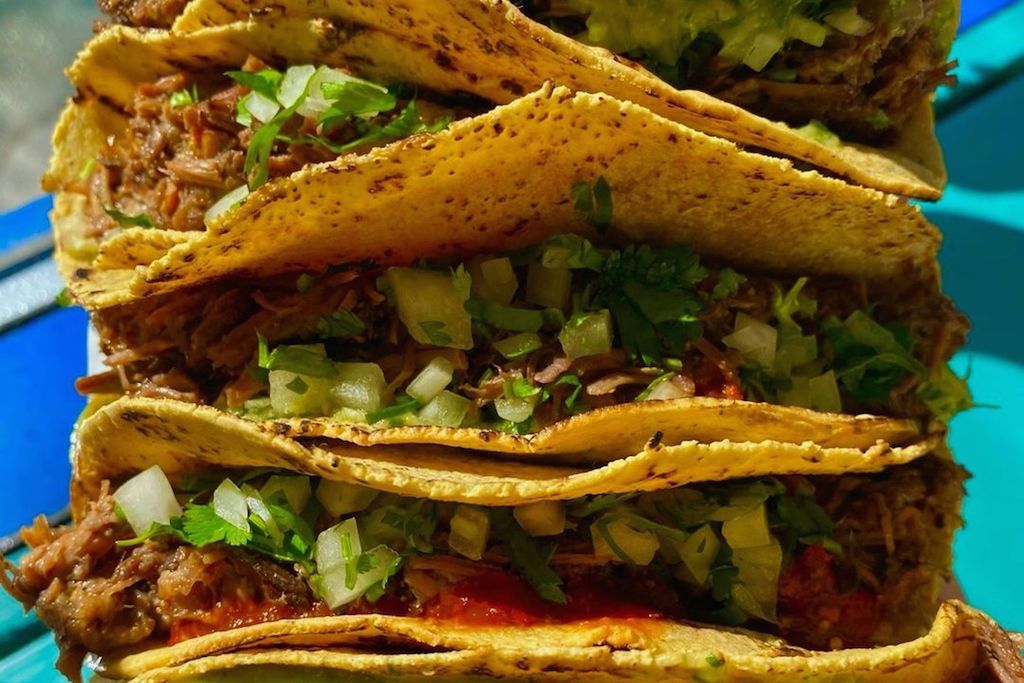 Matheson, alongside former Quetzal chefs and couple Julio Guajardo and Kate Chomyshyn — who, together, spearheaded Birria Balam — will be transforming the concept into a full-fledged restaurant called Fonda Balam, which will be located at 802 Dundas St. W. at Palmerston.

But this isn’t just a new development brought about by the massive success of Birria Balam. Matheson, Guajardo, and Chomyshyn have been planning it all along — well before COVID-19.

“We got started before the pandemic began,” says Guajardo. “But obviously the pandemic kind of slowed things down. So we decided to start with a pop-up, and now our original space is ready and we’re just about to move. We’re going to have indoor dining, a patio, and we’re also going to continue with takeout. It’ll be a lot like Mexican bistros and tortillerias, with the same vibe as Birria Balam and a lot of classics from Mexico thrown in.”

That vibrant branding will also remain the same with its bright colours and signature jaguar, though it might take a slight tonal shift. If you’ve been a Birria Balam regular, you’ll have no trouble recognizing it.

The trio has managed to secure pretty prime territory, situated right on a corner, with a stunning side patio, tons of foot traffic — and a nearby park.

Matheson, Guajardo and Chomyshyn worked together previously on an early incarnation of Birria Balam, as vendors at 2019’s MattyFest, Matheson’s own food festival. They dubbed themselves simply “Balam” and offered up none other than tacos.

As for the budding — and delicious — working relationship between Matheson, Guajardo, and Chomyshyn?

“It’s been amazing,” says Guajardo. “You know, it all started two years ago out of conversations about food on Instagram. Then we went out to eat a couple of times and we really hit it off talking about Mexican food. Matty visits L.A. and Chicago, where they have a lot of great Mexican food, so he’s always been a fan. From there came the idea of opening the pop-up, and now Fonda Balam, and it’s been just so great. I think we make a pretty nice team.”

Fonda Balam will be ready to serve in the first week of September, so start salivating now.