Where to get matzo ball soup in Toronto | TRNTO.com
Skip to content 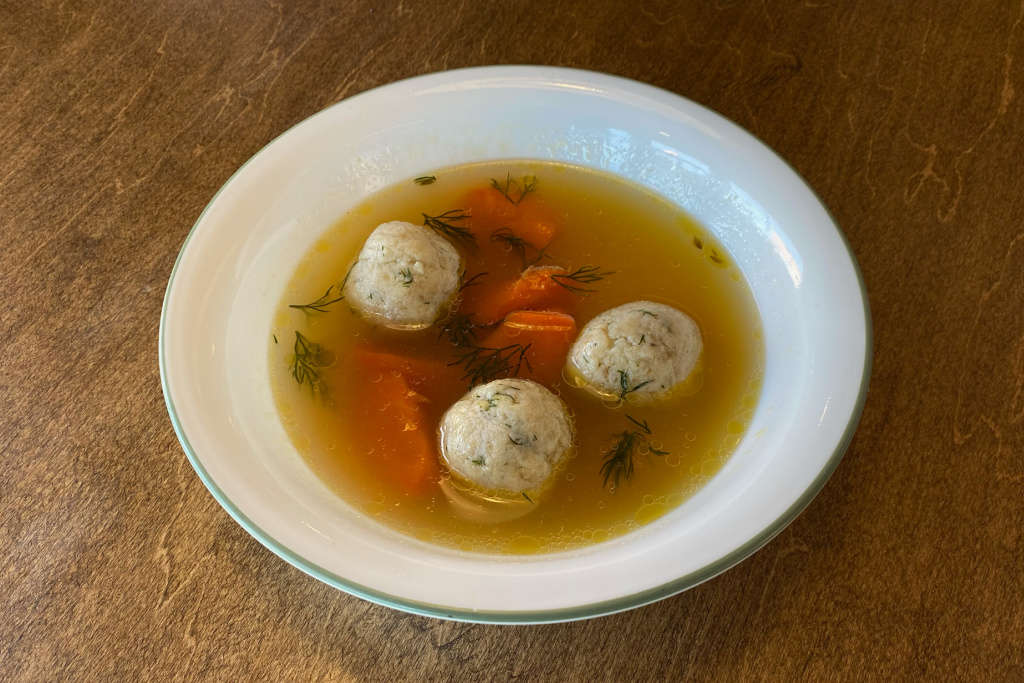 If you’ve never had matzo ball soup, get ready to meet your new favourite comfort food. It features a lot of the same soothing flavours as chicken noodle soup but, instead of noodles, you get juicy dumplings made out of matzo meal (crushed unleavened bread), eggs and schmaltz (chicken fat).

It’s a traditional dish for Passover, which begins on March 27 and ends on April 4 this year, but it’s also a lovely anytime dish, particularly for keeping yourself warm on a rainy spring day. These are some of the top spots to order this classic soup in Toronto.

True to its name, this St. Clair West Village shop specializes in bagels, which are hand-rolled, malt-boiled and baked fresh on-site each day. With a menu inspired by classic New York bodegas, Primrose also serves specialty sandwiches, latkes and soups like matzo ball. Made with Tokyo turnips and dill, the soup is available to order online or pick-up in store.

This old-school deli has been a North York go-to for Montreal smoked meat sandwiches since 1975. Wolfie’s soup features fresh matzo balls that are made on-site. The menu also includes other traditional deli eats, such as karnatzel and beef knish.

Pancer’s is another nostalgic deli that has been running in one form or another since 1957. They’re well-known for their pastrami, corned beef and deli meats, which are prepared fresh daily based on secret family recipes. Pancer’s also offers a selection of other Jewish deli staples, including a classic matzo ball soup.

First opened in 1979, Kiva’s now has multiple locations around the GTA but their dedication to preparing bagels and other deli essentials the old-fashioned way remains the same. Kiva’s soups, including its matzo ball soup, are made fresh each day from scratch. Be sure to also pick up some of their housemade cheese blintzes, which come with sour cream and fruit compote.

Little Italy institution Free Times Cafe recently celebrated its 40th year in business. The restaurant is known for its homestyle Jewish fare — including a popular all-you-can-eat Sunday brunch — and live klezmer music. Although you won’t be able to catch a performance in the near future, you can still order their mean matzo ball soup for takeout.