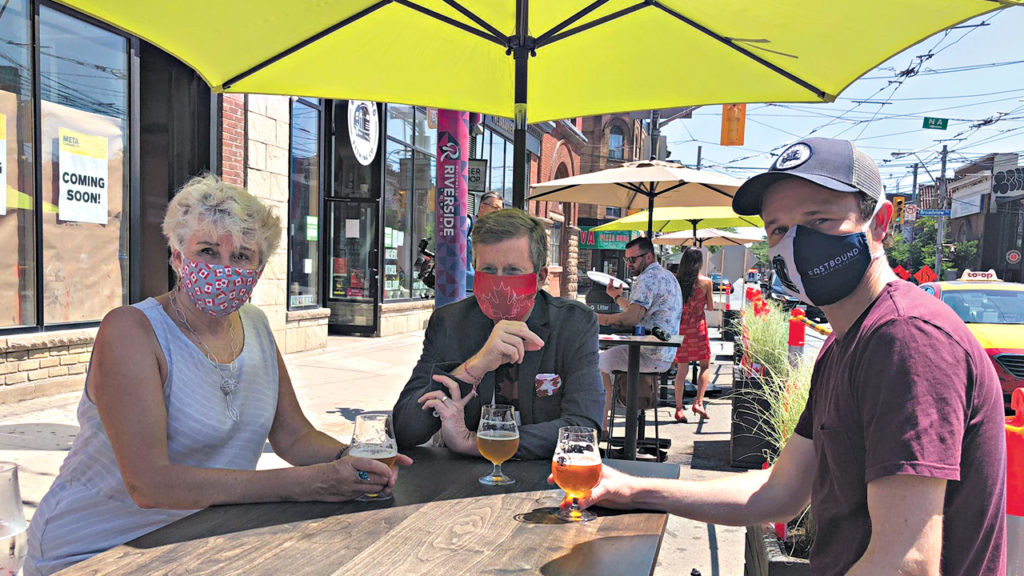 After months of being closed, restaurants are finally being permitted to reopen for patio and indoor dining. Toronto had the longest lockdown in North America, so it is fair to say that small retailers and restaurant owners made a significant sacrifice to stop the spread of COVID-19.

It was a relief to see the patios reopen and regain a sense of normalcy, and I enjoyed returning to my favourite local restaurant. However, I was quite distraught when this same restaurant got a call from an inspector to say that the patio was being reviewed.

The inspector arrived and declared that the patio is a foot too long into the sidewalk.

Although the guidelines state that the patio has to be 2.1 metres from the sidewalk curb, it is not that simple. There are actually many types of patios: curb lane patio, sidewalk patio, small frontage patio and flankage patio. Also, the measurement is actually not based on the curb but dependent on the width of the sidewalk. If the sidewalk is five metres, then the guideline is adjusted to 2.5 metres. This nugget of information is referenced on page 27 of the 54- page guideline document. He advised the restaurant that they had to move their patio installation back by one foot. It’s ridiculous.

The inspector argued it was crystal clear, while at the same time admitting that he had 4,000 other patios to inspect because of concerns about measurements.

When one person gets it wrong, they are probably wrong. When 4,000 restaurant owners get it wrong, maybe there is a problem.

If your job is to review bylaws, it might all make sense. However, if your job is to run a restaurant, manage inventory, hire staff and restart a business within three days of notice, then maybe the city could give a little leeway on requiring restaurant owners to read a 54-page document on patio construction.

How can the city be so nimble closing streets for cyclists and pedestrians and then so bureaucratic when it comes to patios? If it was simple to move the patio, it wouldn’t be a problem, but the city insists that the patio be securely fastened to the sidewalk, which means a platform or significant drilling.

The restaurant in question moved the patio back and paid a significant sum to do so. The worst part of all of it is that people in the neighbourhood are complaining. After closing restaurants for 18 months, people are complaining because there are patios on the sidewalk.

There is plenty of sidewalk for walkers, strollers, those with mobility aids and general traffic.

These restaurants are the lifeblood of our neighbourhood, and instead of calling for a reservation, people call 311? Thankfully there are other people in the neighbourhood that have made a commitment to visit a local restaurant once a week to show their support.

It goes without saying that everyone has had a difficult year. Many restaurants did not survive, and it is likely that some may not make it through the recovery.

The city did its part to recognize that restaurants needed a creative solution to help them through the recovery effort, but I surely hope that a return to normal does not include a return to inane bureaucracy for the sake of it. That would be an epic failure of leadership.