Is Mayor Tory's legacy kaput or can he comeback? | TRNTO.com
Skip to content 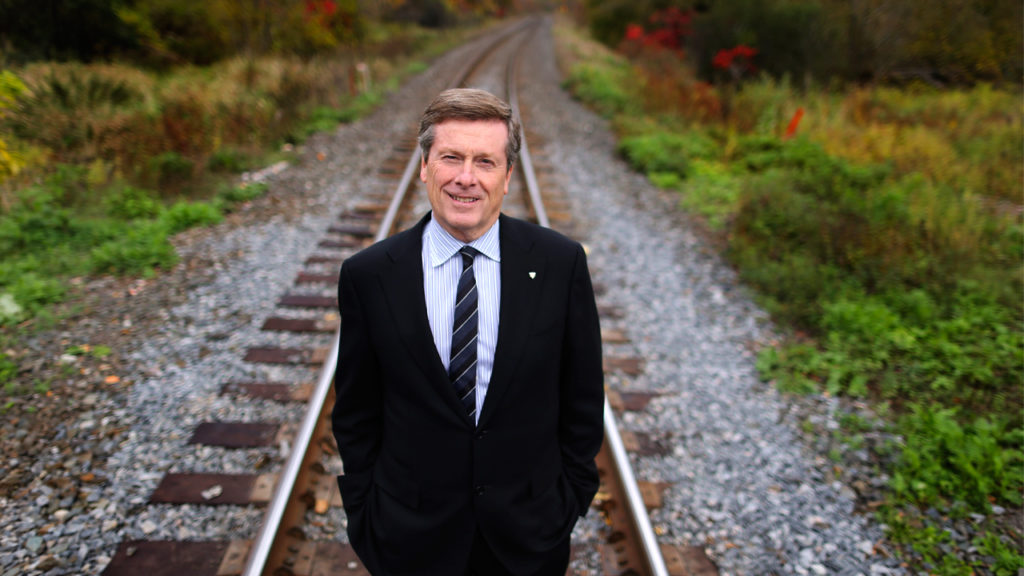 It is hard to remember the municipal election of 2014. It seems like a lifetime ago instead of a few years back when the City of Toronto rocked from scandal to scandal and city council was divided like never before.

John Tory ran on a campaign with a promise to run the city with a steady hand by building consensus across divisions. Included in his campaign pledge was a plan called SmartTrack. Over Tory’s first term nothing happened to advance SmartTrack and most people forgot about the plan.

In the 2018 municipal election, Tory promised a fancy park built on top of a rail corridor that the city didn’t actually own. Although no one can argue against a new park, few people thought it was going to be built anyway so didn’t pay attention. Since Tory was pretty much unopposed, no one voted for him because he promised a park.

Now both SmartTrack and the Rail Deck Park are officially unfulfilled campaign promises and will never happen. The question is whether or not Tory will have to account for these setbacks.

It’s annoying when politicians run on campaign pledges that they know aren’t feasible, but it isn’t career ending. During COVID, people will remember Tory’s response as one of steady stewardship, listening to the experts and trying to do the right thing. As we head into the post-COVID recovery, the last thing the city needs is another promise of a big expensive legacy.

If Tory chooses to run in the next election, he will need to spend the next two years supporting the sectors that have been devastated by the COVID restrictions. Toronto’s lockdown was longer than any other city in North America. Main streets are under threat as retailers and restaurants have suffered some of the most severe restrictions. The sports, arts and culture centres have been shuttered. Simply lifting restrictions won’t ensure that the city comes back to life.

Over the past 18 months, government has been ever-present in our lives. The last thing people need or want are campaign promises to spend more money on shiny things. COVID has exposed cracks in our city that need to be repaired. The best opportunity for Tory is to continue doing what he does best, which is to build consensus and fix things.

There is no greater legacy for a mayor than unifying the city on a road to economic and social recovery. That is something worth voting for.