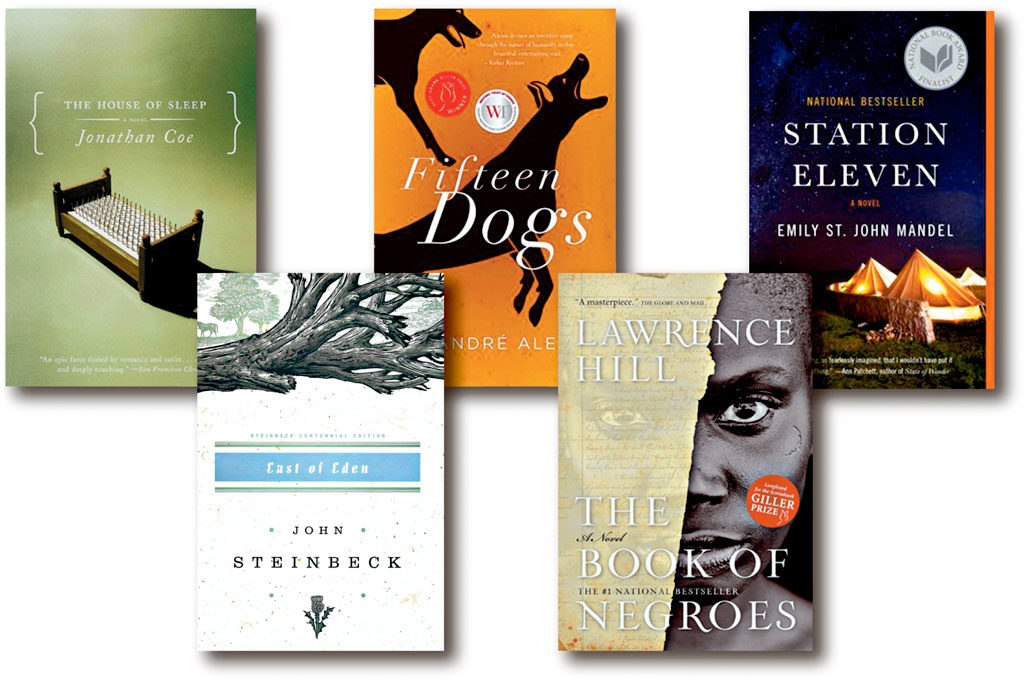 Acclaimed Toronto soprano Measha Brueggergosman attributes her love of reading to her parents.

“We love a juicy book,” she says. As a mother of two small boys, she cherishes having the time to sit down and open a book, “and stay awake long enough to allow the characters to evolve and flesh themselves out before my eyes. If that happens, I know I’ve gotten enough sleep.”

Brueggergosman released a new album recently, called Songs of Freedom, that focuses on traditional spiritual songs such as “Amazing Grace.” She plays a special concert at Harbourfront Centre Theatre in support of the record on Feb. 12.

The House Of Sleep, by Jonathan Coe
This the story of four college students whose lives intertwine over the course of their lives. It examines the defencelessness we experience in sleep and falling in love. Caustically witty and insightful, I've read this novel about once every four years for the past couple decades.

Fifteen Dogs, by André Alexis
The winner of the 2015 Scotiabank Giller Prize — I just had to see what all the hoopla was about. This novel is truly original. As the result of a bet between two lording Greek gods, 15 dogs in a Toronto veterinary clinic are given human consciousness. The bet presupposes that they'll all die unhappy. Hijinks ensue.

Station Eleven, by Emily St. John Mandel
A powerful and humorous look about a post-apocalyptic world, told, in different time jumps, through the different eyes of the members of a survivalist Shakespearean acting troupe. More than the doom and gloom of the world being wiped out, this novel made me realize just how many things we currently take for granted.

East Of Eden, by John Steinbeck
This classic is the bar for character development, as far as I'm concerned. It chronicles the interwoven, multi-generational inevitabilities of the families Trask and Hamilton. For me, however, it is when the character of Cathy Ames is introduced, whom Steinbeck describes as having a "malformed soul," that I truly lean in. I hope someone will write her into an opera so that I can sing her into existence.

The Book of Negroes, by Lawrence Hill
I was already a massive fan of historical fiction, but this book served as the first instance in my experience where I had the privilege of seeing my own family heritage fictionalized and immortalized in print. I am descended from Black Loyalists and my family's name is written in the Book of Negroes. This book should be mandatory reading for all North Americans.