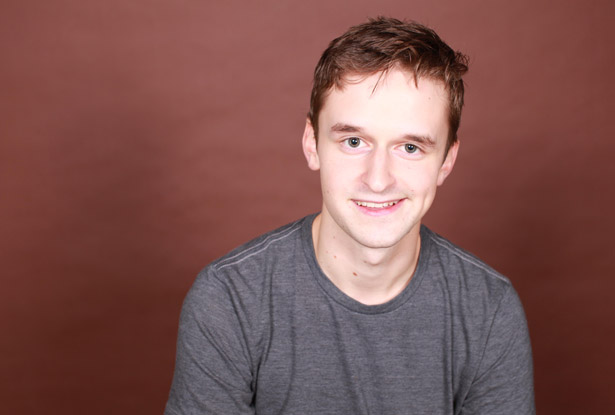 Originally hailing from Winnipeg, comedian Ben Beauchemin is quickly making a name for himself in Toronto's stand-up scene, appearing regularly onstage everywhere from Comedy Bar to Rivoli. Having been nominated for this year’s Tim Sims Encouragement Award, it’s hard to believe Beauchemin first took the stage less than two years ago. We chatted with the comic about his first time onstage, canoeing and Troll 2.

Were you the class clown in school?
No, I wasn't loud enough.

What made you decide to pursue comedy full-time?
Because it's the thing that I like doing the most. Watching and performing, doing either or both, is a great night for me.

Has your comedy changed much since then?
Oh yeah, I used to write all of my bits down word for word. I'm a lot more loose onstage now. I do go on knowing what I want to talk about, but I never hesitate to jump off topic if a new idea comes up.

You've recently been nominated for the Tim Sims award. What does that mean for you?
It's an amazing feeling. Just looking up at past nominees, you see some of the top people in Canadian comedy. It's just good to get that kind of encouragement because right now stand up, for me, is like having a second unpaid full-time job. So this nomination feels like I'm getting something for the time and effort that I am putting in.

What’s one of the worst things you’ve ever felt bad laughing about?
I was on a canoeing trip with some friends and we were running around through the forest, and we came to a fairly tall cliff that we started climbing down. My friend Adam fell backwards all the way down and I laughed so hard. But he was actually really hurt, so I felt bad almost immediately afterwards.

When was the last time you laughed so hard you cried, and why?
Watching the movie Troll 2. It's just a hilariously bad movie. It's weird to think that some of the funniest movies (Troll 2, Street Soldiers) are actually just really bad serious ones.

Where do you see yourself in 5 years?
Making a living off of stand-up, acting and writing.