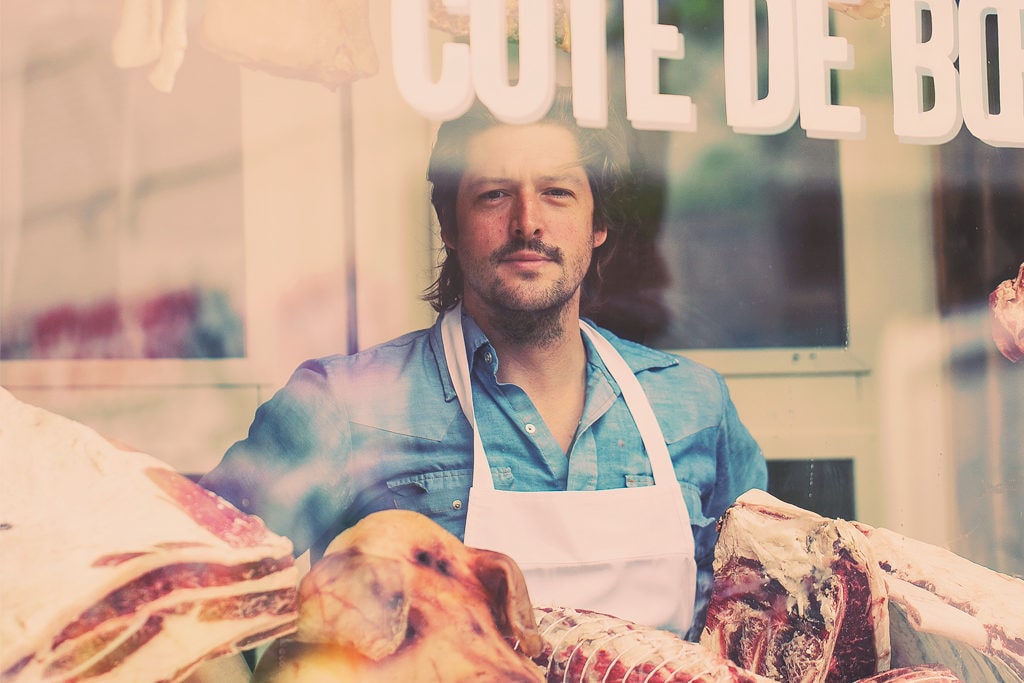 You may not recognize chef Teo Paul by name, but chances are you know his Ossington strip restaurants: Union and Côte de Bœuf. At a time when many Toronto restaurants are struggling to hold the attention of trend-driven diners, Union continues to fill tables and impress eaters 10 years into its run (as does younger sister restaurant Côte de Bœuf).

We chatted with the chef behind the two successful establishments about his cooking philosophy, his feelings on celebrity chef fame and his upcoming new culinary venture.

“It just blew me away, what he was doing,” says Paul of  Stadtländer. “It was pure magic. He’d go out in the field, pick a bunch of mushrooms and then make a mushroom soup. It always was something I wanted to emulate.”

Paul then hopped across the Atlantic and spent six years working in Parisian kitchens, an experience that’s still evident in the French influences at play at both Union and Côte de Bœuf.

He admits it took him a long time to find confidence as a chef, in part because he never had any formal culinary training.

“I had that school complex,” he says. “I kept waiting for someone to show me how to do something.”

Feeling burned out in Paris, Paul followed a new opportunity to Piedmont, Italy, where he found himself inspired by the region’s unfussy, rustic cuisine.

“The cooking kind of reminded me of my grandmother,” says Paul (she was one of his early culinary influences). “It was the stuff I grew up with in some weird way.”

The experience was a culinary turning point for him.

“It gave me the confidence and the understanding that I did have a style and something I could connect to,” he says.

“That’s when I stopped asking people to show me something and started figuring it out for myself.”

After working for a year in Italy, Paul returned to Toronto in 2009 to open Union, a bistro-style restaurant with an emphasis on local ingredients.

He says that one of his biggest challenges as a chef is to keep his existing restaurants fresh.

“I just don’t want it to die a slow death,” he says of Union. Continuing to evolve in both the restaurant and in ensuring the dining experience doesn’t begin to feel stale is an ongoing focus for him.

“Is there still meaning and vibrancy here?” is a question he says he evaluates regularly with his team. “I think I’ll know when it’s ready to go,” he adds.

Paul has long sourced a portion of produce used in his restaurants from a small farm in Kimberly, Ont., which he co-owns with his brother and sister.

“It’s not crazy production or anything,” says Paul. “It just keeps me in tune with what’s going on seasonally.” He says that tomatoes, garlic, Swiss chard, kale, zucchini, squash and asparagus are among the veggies grown at the farm and sometimes served in his restaurants.

Paul is now taking this farm-to-table element to the next level, not unlike his early mentor Michael Stadtländer, with the opening of a new restaurant near his Kimberly property.

“It’s an old tavern,” he says of the space. “It was connected to a farmhouse, so it became a restoration project of the farmhouse itself.”

The restaurant, which has been two years in the making according to Paul, is set to open in spring 2020.

“It’s become really beautiful, but it was a lot of money and work,” he says.

Although the chef says he’s still finalizing the menu concept for the new restaurant, he’s already excited about offering a dining experience outside the city.

“It’s going to be a destination,” he says. “When you eat in the country, your whole mindset changes from being in the city.”

The absence of media buzz around the new restaurant is typical of how chef Teo Paul tends to operate.

He seems to rarely put himself in the spotlight, in spite of the praise his restaurants continuously receive.

“Maybe I just don’t put myself out there like I should,” he says. “I’m happy that way though, too, because it lets me be where I want to be in my life.”

He says it’s important to him to have deeper meaning in his career that goes beyond accolades and fame.

“You can get this bloated sense of importance,” he says. “It doesn’t breed very good behavior.”

He adds that the feeling of community offered by his restaurants is what continues to drive and inspire him as a chef.